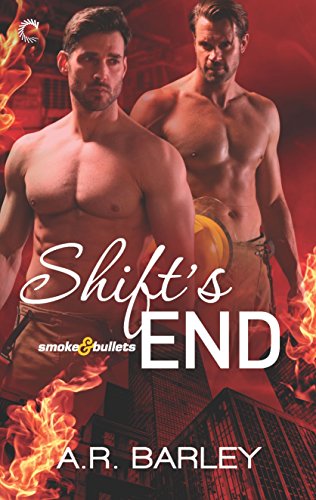 With a couple failed marriages under his belt, Captain Jack Tracey knows how tough it is to balance a personal life with his job. But nothing in his long career has prepared him for the moment Diesel Evers walks into his firehouse. Sure, Jack’s contended with cocky young recruits before, but this seriously hot hotshot rookie is poised to crash and burn. With early retirement in sight, Jack can’t afford to get involved with a subordinate.Having transferred to Jack’s house after a disastrous relationship, Diesel isn’t looking for another commitment. But that doesn’t mean he can’t have a little fun with his sexy silver fox of a new boss. Sometimes you have to bend the rules a bit…or shatter them completely.With an unidentified saboteur endangering his squad, Jack doesn’t want to draw any more heat, but Diesel is too damn tempting to deny. Indulging their desires feels worth the risk—until trouble on the job lands Jack in the hospital, forcing them both to decide what’s worth fighting for.

The May/December romance trope is a favorite of mine, so that plus the firefighter story caught my attention. It's hard not to love a silver fox and Jack has that covered. Add in his alpha male attitude and his attraction to the new guy with a troubled past and sparks are bound to fly. Along with a budding romance between Jack and Diesel, we also get a bit of suspense by way of possible sabotage plus Diesel's secretive past. While those things do play a part in the story, the focus is on the romance and this pair certainly generates some steam. The age difference isn't the big issue for this love story and really takes a backseat to the fact that Jack is Diesel's boss. Regardless of the issues, past or present, this pair has great chemistry and they're both so lovable that you can't help but root for them. Shift's End is the third Smoke & Bullets book, but works perfectly as a standalone. This is the first in the first in the series for me and I had no problem following the story. In fact, the secondary characters piqued my interest, so I will be checking out this one's predecessors. All in all, Shift's End is an engaging mix of sexy as sin firemen, on the job romance, and lots of action - Of both the firefighting and the steamy kind.