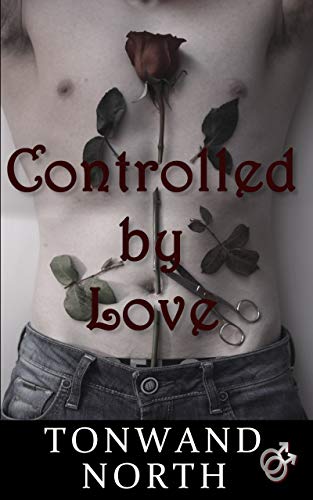 What happens when your girlfriend's brother decides he wants you for himself?Being a spoiled, rich playboy, Ben Chalmers is used to getting his own way. So Greg Stacey assumes Ben's inappropriate taunts are just his way of trying to break up his relationship with Beth. Little does he realise Ben's got a whole other agenda in mind.When things start to take a darker turn. Greg discovers giving Ben up isn't so easy.WarningThis a dark MM romance novella. This story contains material that is intended for a mature, adult audience. The theme is based on the emotional, controlling side of domestic abuse. It contains graphic language, explicit sexual content and adult situations between two men.

Controlled by Love is dark and disturbing, but I would not call it a romance. There is nothing romantic about the relationship between Ben and Greg. It is twisted and brutal, and while I'm not usually one for trigger warnings, but this book is loaded with them. If you've ever been in an abusive relationship or known someone who has, you'll recognize a lot of things in this book. And I'll admit, Greg made me almost as mad as Ben sometimes. It wasn't the same kind of mad, but mad just the same, and I completely got Greg's friends' frustration every time he went back to Ben. Character development here is superficial at best, but it's really not about that. This one is more of a warning of sorts. It kind of felt like the author was showing us the build-up of an abusive relationship, and the mental toll it takes on the victim. In the end, I would've liked a little of that character development I mentioned, but the fact remains that I found this one hard to put down. Even as I wanted to shake the daylights out of Greg every time he went back, I wanted to see how it all came out for him. This isn't an easy read by any means, but it kept me turning the pages just the same.