GUARDED BY THE SOLIDER 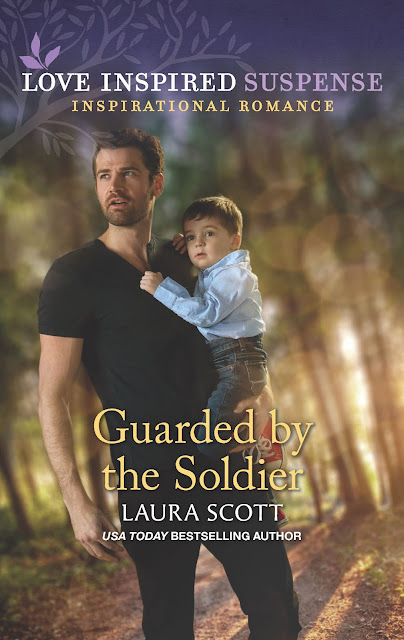 He’ll put his life on the line…
If it means protecting a little boy and his pregnant mom.
After months of searching, security expert Ryker Tillman finally finds Olivia Habush and her young son—just as they are attacked by armed mercenaries. Now safeguarding Olivia, her unborn child and little Aaron is the former special ops soldier’s new mission. But to save the family burrowing into his heart, Ryker must figure out why someone wants them dead…

Momma Says: 4 stars⭐⭐⭐⭐
Guarded by the Soldier is a fast-paced romantic suspense that is the second in a series - something I wasn't aware of until I started reading. This one seems to be a follow up to the first book, but Laura Scott has done an excellent job of giving us the information we need so that this one works well as a standalone, which I greatly appreciated. As far as this one goes, I liked the characters and the premise. Olivia being pregnant was an interesting twist, especially with everything going on, and I always like when a sweet little one is included in the story. Ryker is a great character, and I'll just say that I wouldn't have a problem with this guy being my bodyguard. All in all, this one is an entertaining romantic suspense, and I would think that anyone who enjoys the genre would enjoy this one.

“Ryker!” Poised near the front doorway, Liv hesitated. She wasn’t sure why she was suddenly so worried about the stranger she hadn’t trusted a few minutes ago, but she couldn’t bear to leave him behind.

The man who’d had Aaron collapsed on the floor at Ryker’s feet. He groaned but didn’t move. Bright red blood began to pool beside him on the floor.

“Go! I’m right behind you.” Ryker staggered forward, carefully stepping around the man. “We need to get out of here before the cops arrive.”

Logically she knew they shouldn’t leave the scene of a crime. They should wait for the police. But she’d been on the run for so long, she couldn’t do it. Hiking Aaron higher in her arms, she followed Ryker outside. Willa was dead and two men had almost succeeded in grabbing her and Aaron.

Every fiber of her being longed to get far away from the quaint town she’d once thought could be her new home.

“This way.” Ryker once again cupped his hand beneath her elbow, guiding her to the left.

“No good. That’s how they tracked you. I have a vehicle stashed on the next block.”

They’d tracked her here through her car? How was that possible? She’d exchanged her newer car for an older model and asked the owner of the used-car lot to keep the transaction off the books.

“How do you know that?” she asked, already feeling breathless. Aaron wasn’t overly big for his age, but she was carrying her unborn baby, as well. She’d tried to keep in shape, but obviously she wasn’t going to be able to continue going at this pace for long.

“Because that’s how I found you.” Ryker glanced down at her. “Will Aaron cry if I hold him? We need to hurry.”

“Yes, he’s likely to cry, since the man on the stairs scared him.” The little boy was calmer now, but was sucking his thumb, a habit he’d broken six months ago. He was also, thankfully, wearing a Pull-Ups diaper as she could tell he’d wet himself.

The poor child had been scared to death.

She tried to match Ryker’s long-legged stride to avoid slowing them down. But seconds later, she could hear the wail of sirens.

“Almost there,” Ryker said encouragingly as he continued urging her forward. “See the black SUV?”

“Yes.” She was breathless with exertion, but pushed herself to keep going. It wasn’t until they reached his car that she realized they didn’t have a car seat for Aaron.

“Wait! We need a car seat,” she protested when Ryker opened the passenger door for her.

“I already have one in the back, see? Let me strap him in.” Without asking permission, he plucked Aaron from her arms and opened the back door to place the toddler in his safety seat.

Amazingly, Aaron didn’t cry. She wondered if her son sensed they were safe with Ryker.

It wasn’t until she’d climbed in and buckled her seat belt and Ryker slid in behind the wheel that the significance of the child safety seat hit her.

“You were planning to take me and Aaron all along!” Betrayal hit hard and she fumbled for the door handle. “You’re one of them! I can’t believe I fell for your act and—”

“Don’t, Olivia.” Ryker’s voice wasn’t harsh, but firm. “I have never lied to you. I don’t work for the Blake-Moore Group, in fact I helped bring some of their men down. However, I have been trying to find you and Aaron to make sure you were safe. That’s why I have a car seat. I wanted to be ready if they came for you.”

He’d already pulled away from the curb and was driing slowly away from Willa’s home. Liv glanced at her purse/diaper bag, thinking about the clothing and toys she’d left behind, and bit down on her lower lip to keep from crying.

Were they really safe with Ryker? She wanted to trust her instincts, but too much had happened in such a short time. Her life as she’d known it was over.

Author bio: Laura Scott is honored to write for the Love Inspired Suspense line, where a reader can find a heartwarming journey of faith amid the thrilling danger. She lives with her husband of twenty-five years and has two children, a daughter and a son, who are both in college. She works as a critical-care nurse during the day at a large level-one trauma center in Milwaukee, Wisconsin, and spends her spare time writing romance. Visit Laura at www.laurascottbooks.com. 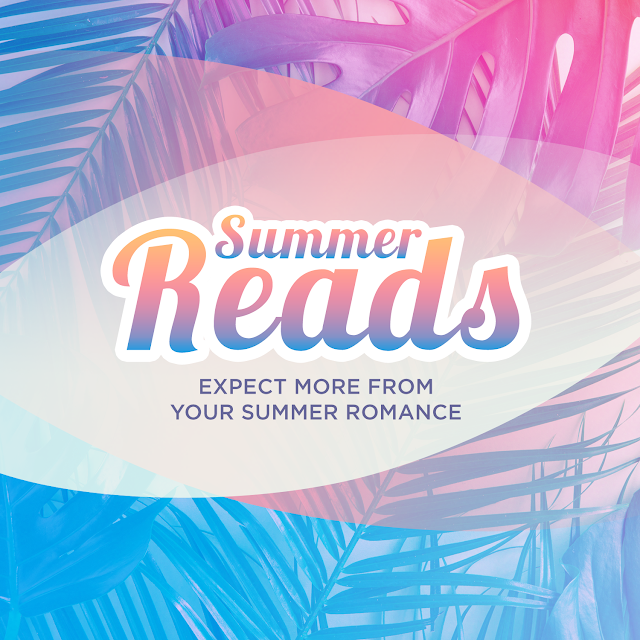