Child on His Doorstep 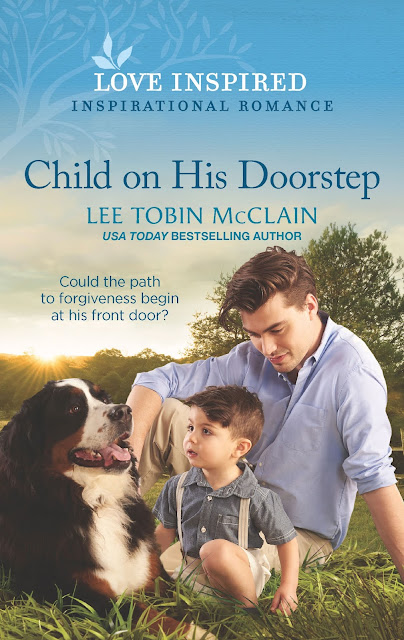 An unexpected delivery and fresh start. He needed only a nanny…but in her he’s found so much more. Suddenly a father after his little brother is abandoned on his doorstep, Corbin Beck has no idea how to care for a toddler. Thankfully, former hometown party girl Samantha Alcorn is making a fresh start as a live-in nanny. As Corbin bonds with little Mikey—and sparks fly with Samantha—they begin to feel like a family. But Samantha’s secret could change everything…

Momma Says: 3 stars⭐⭐⭐
I suspect the storyline for this one will hit home with many people, especially with the ever-changing family dynamic. Families aren't always made up of the traditional mother, father, child, and we get one example of that here. There were parts of the story that I felt were more shallow than others, parts where I would've liked to have seen a bit more depth, but it was still a touching and uplifting story. Corbin and Samantha are likable and easy to root for, and the feels keep coming with a toddler added to the mix. All in all, A Child on His Doorstep is a story about faith and family, and it's a good way to spend an evening or weekend. This is the second book in the Rescue Haven series, but it works well as a standalone.

She let the water out of the sink, not looking at him now. “I think you’re doing a great job,” she said. “It was just as much my fault as yours. And didn’t you listen to what everyone else said? Parenting is a challenge and you can’t help but screw up sometimes.”

“I guess.” He wasn’t used to doing things poorly or in a half-baked way. He was used to working at a task until he could become an expert. That had been a great approach in his career, where hard work and long hours at the lab had helped him succeed, becoming one of the youngest faculty members the university had ever hired.

He wasn’t arrogant about that; he knew that what-ever smarts he had were a gift from God, that other people were smarter and that he’d been incredibly fortunate in getting fellowships and teaching assistant jobs to pay for his graduate work. That was what had allowed him to reach a position of expertise in his field.

But it seemed that nobody was an expert when it came to raising kids, not really.

“Mikey can be a handful, just like any other child,” she said.

“He is, but I sure love him,” Corbin said. It was the first time he had articulated that, and he realized it was completely true. He loved his little brother as if the boy were his own son.

“I love him, too,” she said, almost offhandedly.

She just continued wiping down the counters, not acting like she had said anything momentous, but her words blew Corbin away. She had an amazing ability to love. Mikey wasn’t her child, nor her blood, but she felt for him as if he were.

He got the vacuum cleaner and ran it over the kitchen floor, cleaning up dog hair and crumbs, turning it off quickly when it sucked up a little plastic spoon, then extracting it and starting it up again.

If he loved his little brother despite the boy’s issues and whining and toddler misbehavior, could it be that he could love another adult who had issues, too? He was definitely starting to care a lot for Samantha. Was he growing, becoming more flexible and forgiving? 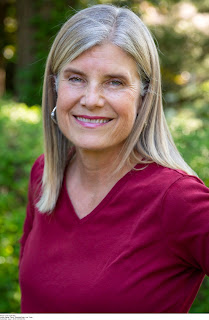 USA TODAY bestselling author Lee Tobin McClain watched Dr. Zhivago way too young and developed a lifelong passion for angsty romance. When she's not writing, she's probably FaceTiming with her college-age daughter, mediating battles between her goofy goldendoodle and her rescue cat, or teaching aspiring writers in Seton Hill University's MFA program. She is probably not cleaning her house. For more about Lee, visit her website at www.leetobinmcclain.com.