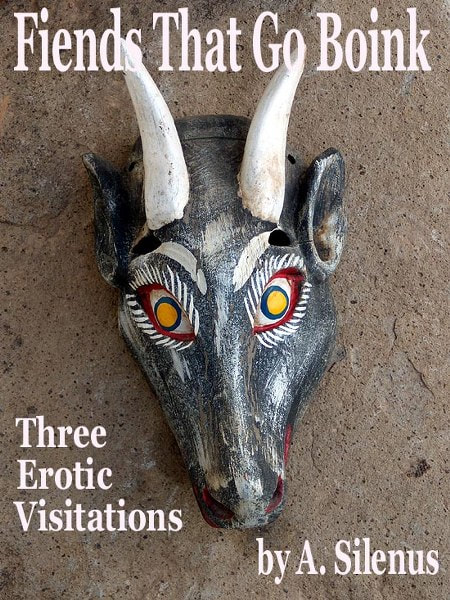 Fiends That Go Boink
by A. Silenus
Genre: Paranormal Erotica

Otherworldly beings put the moves on down-to-earth women in these three stories in the erotica genre. Dreams and fantasies prove to be open doors for a ghost, a demonic familiar and an advertising icon.
**Only .99 cents!!**
Add to Goodreads
Amazon * Smashwords

from the story entitled "In Their Shoes":

The muscles below my waist turned from granite to quicksand about the same time as all rational response dissolved in my brain. I mean, this should have been alarming, not to say terrifying. Douglas never wanted to do things like this. In the dark, in the middle of the night. And even if he did … well, he’d have to admit it himself — in the realm of the boudoir he can’t always do what he wants when he wants, if you get my drift.

Yet nipples don’t lie, and mine were definitely being squeezed by a pair of hands as big and as hot as hair dryers.

from the story entitled "Book Signing":

The room became frigid and there was a pale light glowing around us. At this point I couldn’t swear to what was dream and what was waking state. All I knew was that I was paralyzed. I couldn't even speak. Shana was still comatose, and I couldn’t do a thing to wake her.

Then, in that nonsensical way dreams have of making us aware of things, I felt myself rising above the bed until I was able to see that the statue was growing in size. Not only that but it was flexing its limbs and looking around. A generous gray beard extended over its chest, and its muscles were accentuated by the light. Once or twice this entity, whatever it was, turned its penetrating stare on me, as if it were signaling an intent and I was powerless to resist.

from the story entitled "We'll Be Right Back":

Truth be told, I was a bit intimidated. She had the build and coloring of one of those saplings Winston’s always prodding at down by the tool shed. Curls as crisp and tinted as autumn foliage and supple, slender limbs, and skin that had a sheen to it like sunlight just before dusk. Couldn’t tell you the color of her eyes. They were different every time I looked, I swear. Remember that old song about kaleidoscope eyes? That’s what it was like with her. Just as if you were staring into oncoming high beams a moment before becoming road kill. 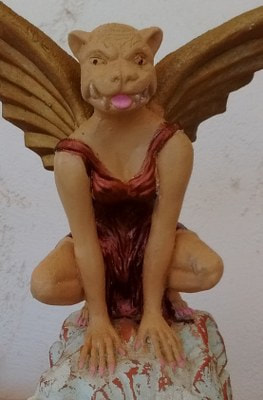 A. Silenus has contributed stories in the erotica genre to various British and American publications, both print and online. His writing includes a novel entitled The River’s Embrace and two self-published short story collections, Two Men and a Woman in a Boat and Obsessions.
Website * Twitter * Amazon * Goodreads

Follow the tour HERE for special content and a giveaway!
$25 Amazon giftcard – 1 winner,
ebook of Fiends That Go Boink – 3 winners
a Rafflecopter giveaway