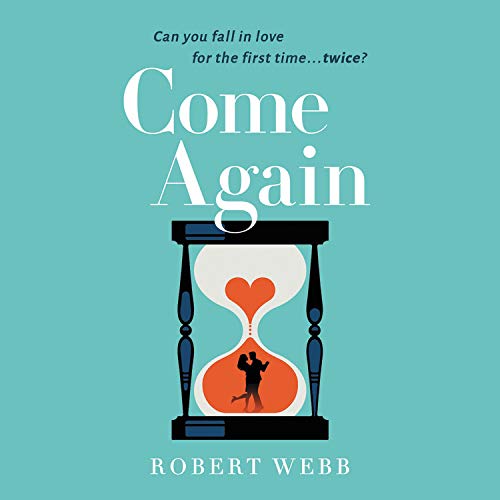 Can you fall in love for the first time twice? A recently widowed women is about to find out when she wakes up and finds herself 18 again in this "highly entertaining" story of second chances (Guardian) by the star of Peep Show.

Kate's husband Luke - the man she loved from the moment she met him 28 years ago - died suddenly. Since then she has pushed away her friend and lost her job, and everything is starting to fall apart.

One day, she wakes up in the wrong room and in the wrong body. She is 18 again but remembers everything. This is her college room in 1992 on the first day of orientation. And this is the day she meets Luke.

Kate knows how he died, and that he's already ill. But Luke is not the man that she lost: he's still a boy - the annoying 19-year-old English student she first met. If they can fall in love again despite everything, she might just be able to save him. She's going to try to do everything exactly the same....

Momma Says: 1 star⭐
Well, that's 7 plus hours I can't get back. Yep, that's exactly what I thought when I listened to the last page of this one, and it's still what I think after giving it a few days to mull it over. I tend to jot down thoughts about a book as I read or listen, and looking back over those notes, I see that my opinion hasn't improved since I scribbled those thoughts down. The most standout of those are the words info dump in bold and underlined letters. Lots and lots of info dumps. Now, I don't like that style in any book, even those I'm reading, but they take on a whole new level of irritating in an audiobook. I mean, sooner or later, I'm going to start zoning out, and then I have to rewind to see if I missed something important. Even more irritating is when the info dump is about a character who is neither important or even seen again.
The thing about this book is that I had it loaded up and was ready to listen when I lost my own husband quite suddenly. Needless to say, I knew this one would have to wait. I really wasn't sure that I'd be able to get through it at all, and the first part was as difficult for me as I expected. The second part wasn't as difficult, partly because those earlier mentioned info dumps were starting to wear on me. But the third part was just... Well, bad is the only word that comes to mind. That third part kind of felt like a rough draft with ideas being bounced around, and it just didn't work for me.
Since I am discussing the audiobook, I will add that the narrator, Olivia Colman, does a good job giving Kate a voice. So, I would listen to her again, just not on a Robert Webb book. Basically, when you look at all three parts together, the continuity is sorely lacking, so I think I'll just chalk this one up to not the one for me, not by a longshot.
❃❃Audiobook provided by NetGalley and Hachette Audio