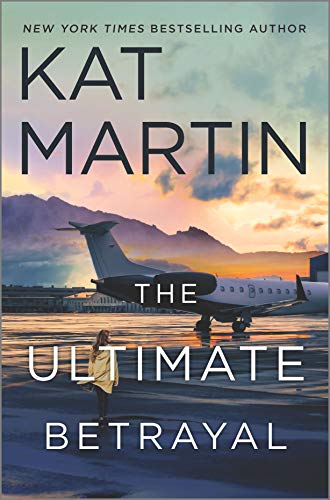 To prove her father’s innocence, she’ll have to turn a killer’s sights on herself

When journalist Jessie Kegan’s father is accused of espionage and treason, Jessie has no doubt the man she looked up to her entire life is innocent. Worse yet, before Colonel Kegan can stand trial, he’s found dead of a heart attack…but Jessie knows it was murder. Forcing down her grief, she’s determined to use her investigative skills and resources to clear her father’s name. But going after the truth means Jessie soon finds herself in the crosshairs of a killer who wants that truth to stay buried with her father.

Protecting Jessie Kegan is a job bodyguard Brandon Garrett can’t refuse. Jessie isn’t just a client at Maximum Security—she’s the sister of his best friend, Danny, killed in Afghanistan. With dangerous forces gunning for Jessie from every angle, keeping her safe will mean keeping her close and Bran finds their mutual attraction growing, though being Danny’s sister puts Jessie out of bounds.

With their backs against the wall, Jessie and Bran will have to risk everything to expose her father’s killer—before his legacy dies with his daughter.

Momma Says: 2 stars⭐⭐
After reading the first two books in the Maximum Security series, I was hopeful about this third in the series. The first book was okay, and the second was a little better, leaning more toward the positive, so I was really hoping that this one would move further in that direction. Instead, The Ultimate Betrayal went the other way, and the strange thing about that is Jessie and Brandon are both the types of characters I like. He's an alpha male without being obnoxious about it, and she's a strong woman who can take care of herself, so even though she needs some help, she's not the damsel in distress type. So, my problem wasn't with the romantic couple, it was with the over the top pieces of the story. First, there's Jessie and everything she's been through. It's like the universe threw one big ball of bad at this woman and everything stuck. Then, along comes Brandon, whose love, or lovemaking as the case may be, miraculously heals her. I just didn't buy it. Finally, there are the many characters. Maybe it's just me, but it felt like this one had more than necessary to move the plot along. Some of that could be due to the number of red herrings - I mean, you have to have characters to cover them, and there's nothing wrong with red herrings if the answer isn't quite as obvious as it is here. I don't know, maybe it's me, maybe it's the story, or maybe it's a combination of both, but The Ultimate Betrayal wasn't the book for me. Kat Martin is talented, and I've enjoyed other books by her - this just doesn't happen to be one of them.
❃❃ARC provided by NetGalley and Harlequin