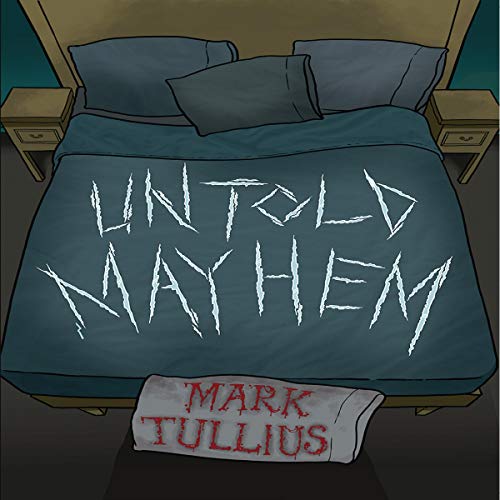 A tantalizing blend of horror, suspense, and crime stories; each unique but all dark, disturbing, and violent.

In the audiobook lurk:

Momma Says: 2 stars⭐⭐
I'm usually all for anthologies. They typically offer a good variety of stories, and if you run across one you don't care for, you can always move on to the next. At least, that's the way it works for me more often than not - and on those off times, I run into one like this one, one that disappoints me more than I care for. There were a few stories that I liked better than others, like the story of the tarot card reader or the one about what comes through a strange hole in the wall, but some took the obvious and easy way to conclusion, one or two that went beyond violent or creepy and were just disgusting, and several were repetitive. There were also some that felt like I'd heard them before. Maybe it was just similarities to something else, but some of these stories seemed awfully familiar.
The bright spot of this anthology was the variety of voices. The different narrators worked well for the various characters as well as the fact that the stories were all independent of each other. Many times, I'm turned off by a reading style or particular voice, but with Untold Mayhem, the opposite was true. The voices kept me listening when I would've otherwise given up.
So, while this book didn't really work for me, I do believe it has its place and would probably appeal to many. Some of the stories are creative and have a little bit of a Ray Bradbury vibe that many would enjoy.
✽✽Review copy provided by NetGalley and Vincere Press