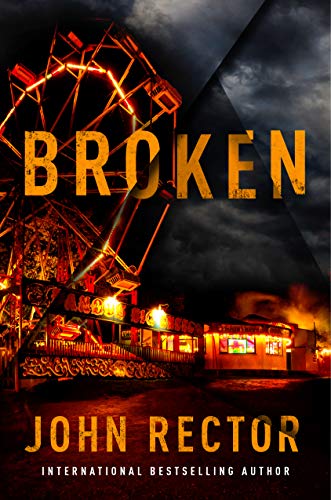 Trust becomes a fatal mistake in this shocking thriller by the bestselling author of The Ridge.

Welcome to Beaumont Cove, a slowly decaying tourist town at the edge of the world, and the place where Maggie James’s worst fears for her estranged twin sister, Lilly, have come true.

Lilly is dead, and Maggie has arrived to identify her body.

Lilly’s husband, Mike, is in custody for her murder. With his long history of abuse, no one in town is surprised at the inevitable end to their stormy marriage, least of all Maggie. All she wants is to clean up her sister’s affairs, see Mike punished, and get out of Beaumont Cove.

With the help of the local sheriff, a retired private investigator, and a strange but friendly carnival psychic, Maggie begins to uncover the truth about what really happened to her sister. But the truth comes at a price, and soon Maggie finds herself walking a dark path toward the same deadly trap that killed Lilly.

The more Maggie discovers about her sister’s final days, the more she realizes that nothing is as it appears in this strange boardwalk town.

Momma Says: 3 stars⭐⭐⭐
Broken is considered a shocking thriller according to the blurb, but I didn't quite get that from it. It just didn't have that oomph I expect in a good thriller, and I wasn't at all shocked - not even once. I suppose I would label it a mystery, but it isn't particularly mysterious either. The villain is sufficiently unhinged, but it was just all too predictable for me. Don't get me wrong, it's not a bad story by any means, it's just not a memorable story either. I feel like it needed more suspense to drive home the creepy story that it had the potential to be. Basically, if you don't mind knowing the answers from the start, then this book will most likely work much better for you than it did for me. As it stands, it was just an okay read - it was all right for a whiling away a couple of hours, but it's not really a standout book that I'll think about later.
❃❃ARC provided by NetGalley and Thomas & Mercer