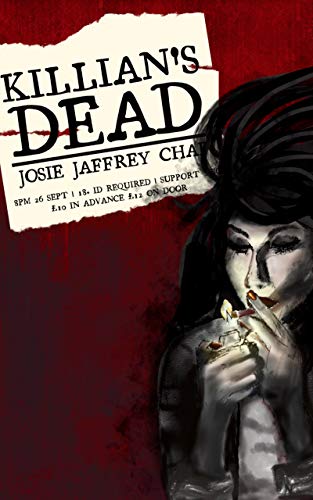 Love is for losers.​Jack doesn't care about anything except music. All she wants to do is find a decent gig, stand by the speakers and let the bass roll through her. It's the only reason she gets out of bed.Until she meets Winta. In the space of a second, everything is different. Winta knows what she wants and for one night, what she wants is Jack. It feels like the start of forever.Then Winta disappears and Jack faces a choice: should she go back to her life, or track down the only girl who can change it beyond recognition?​One thing's certain: Jack has no idea what she's getting herself into.Killian's Dead is a short story prequel to Josie Jaffrey's Seekers series.

Momma Says: 4 stars⭐⭐⭐⭐
Killian's Dead is a quick prequel in The Seekers series that basically tells us how Jack became a vampire. This one is easily read in an hour or less, and it's entertaining and fun. It also whets the appetite for the first full-length book in the series, May Day, which is what a good prequel should do. The book is short enough that almost any detail would venture into spoiler territory, so I'll just finish with this is a great little introduction to the series and it's a good way to start getting to know Jack. 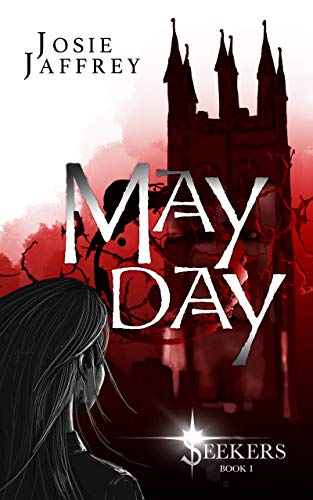 If the murderer you’re tracking is a vampire, then you want a vampire detective.
Just maybe not this one.It’s not that Jack Valentine is bad at her job. The youngest member of Oxford’s Seekers has an impressive track record, but she also has an impressive grudge against the local baron, Killian Drake.When a human turns up dead on May Morning, she’s determined to pin the murder on Drake. The problem is that none of the evidence points to him. Instead, it leads Jack into a web of conspiracy involving the most powerful people in the country, people to whom Jack has no access. But she knows someone who does.To get to the truth, Jack will have to partner up with her worst enemy. As long as she can keep her cool, Drake will point her to the ringleaders, she’ll find the murderer and no one else will have to die.Body bags on standby.May Day is the first book in Josie Jaffrey’s Seekers series, an urban fantasy series set in Oxford, England.

Momma Says: 4 stars⭐⭐⭐⭐
Crime thrillers, mysteries, procedurals - I love them. I'm also a big fan of vampire stories, so when Josie Jaffrey gave me a vampire detective, it was right up my alley. It's no surprise that Jack is a strong woman. She is a vampire. But she's also a strong character, and the more I read of her, the more I liked her. Jaffrey has a terrific writing style, and I really liked that I got to solve the mystery right along with Jack. It kept things fresh and exciting all the way through. As this is urban fantasy, we can't fail to mention world-building, which is where a lot of books in the genre start to lose me. I realize it's a fantasy world, but things need to follow the author's rules for her world and stick to those rules. In other words, no changing it up just because you've painted yourself into a corner. I also prefer that the world-building be done organically throughout the story rather than big chunks of info dumped on me. The world-building here is everything I could ask for, and it's an intriguing world that I definitely want more of.