An Unconventional Holmes Tour and Giveaway 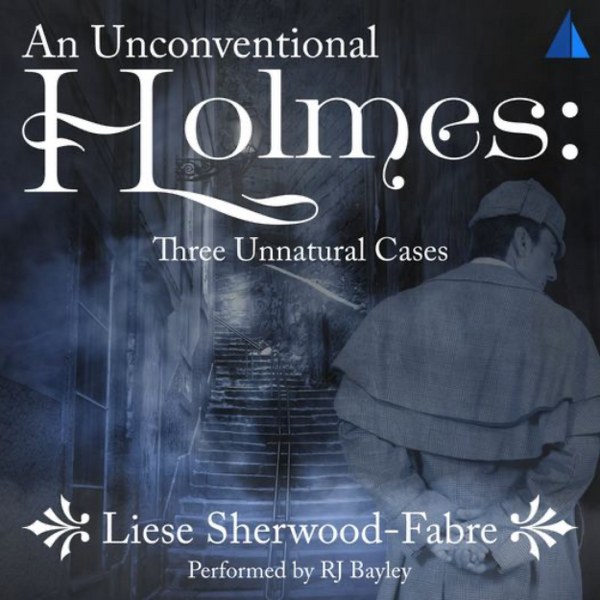 Missing boys, an imposter husband, and a bizarre vampyre murder.
Sherlock Holmes ventures into the realm of the unnatural in these three cases: the disappearance of the Baker Street Irregulars, the true identity of a Great War veteran, and a vampyre’s grisly death. Crossing into the worlds of the Grimm Brothers and Bram Stoker, he seeks the clues needed to unravel the mysteries confronting him. Can Holmes’ conventional methods still function in the unconventional world?"
"[Dr. Sherwood-Fabre] knows her Holmes characterization and her stories do not disappoint."
Add to Goodreads
Amazon CD * Audiobooks.com * Kobo

THE ADVENTURE OF THE MISSING IRREGULARS

(Based on the Grimm Brothers’ Tale of the Children of Hameln)

The knock came as Holmes and I sat down for breakfast. Sherlock paused, his fork and knife suspended above his plate, ready to attack the kipper lying there. “Come in, Wiggins.”

A lad of about sixteen stepped into the room and peered at my flatmate. “How’d ya’ know it was me?”

“Quite obvious, really.” Holmes chewed a bite of fish. “No one had knocked on the front door, and your steps were too light for a man and too quick for a lady. Therefore, Mrs. Hudson had let in a boy through the back entry. I suppose it could’ve been another of the Irregulars, but given you are their leader, logically, it would be you.”

“What I am unable to ‘think’ out, however, is the purpose of your visit.”

Sherlock’s next forkful froze halfway to his mouth. A piece of kipper swung from the tines. “Gone? How?”

He shook his head. “Yesterday mornin’. I spent all day searchin’ for them. Walked all over town, whistlin’ our call to come together. Nuthin’.” His eyes glistened. “Somethin’ bad’s happened to ‘em. It’s like the earth swallowed ‘em.”

A stone formed in the pit of my stomach at the news of the Irregulars’ disappearance. London in 1895 had a variety of ways of “swallowing” people, and it was quite possible that was what happened to the boys. Even Holmes might have trouble locating them. Sherlock, however, expressed no such doubts.

“Unless the laws of physics somehow shifted yesterday, they are somewhere,” Holmes said. He dropped his fork and kipper onto his plate and raised his gaze to the boy. “As you can see, gravity has not been altered. Since physical laws are operating as they should, the same most definitely applies to the Irregulars.”

He turned to me as he pushed himself away from the table. “Watson, shall we begin the investigation?”

Liese Sherwood-Fabre has won awards for her thrillers, romance, and literary short stories, and NYT bestselling author Steve Berry describes her writing as "gimmick-free, old-fashioned storytelling."
In the second grade, she knew she was destined to write when she got an A+ for her story about Dick, Jane, and Sally's ruined picnic. After obtaining her PhD from Indiana University, she joined the federal government and had the opportunity to work and live internationally for more than fifteen years. She draws upon these experiences to endow her characters with deep conflicts and emotions.
Website * Facebook * Twitter * Bookbub * Amazon * Goodreads

Follow the tour HERE for special content and a giveaway!
$15 Gift Card (reader's choice--Amazon or Apple)
a Rafflecopter giveaway