(Book 1 in the Far from Home Series) 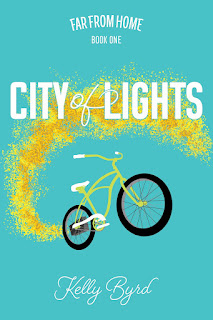 What happens when oh so ordinary Mary Jingo, follows her instincts (and her nose) and ends up in a magical land Far From Home?

In City of Lights, author Kelly Byrd introduces readers to Mary, who is one week away from finishing fifth grade. Mary’s mind is on starting middle school in the fall and finally getting her own phone. But then this ordinary girl notices glimmers of light and meets a strange little man who conjures the best smell she has ever smelled. Before she even stops to consider what she’s doing, she agrees to accompany the man to the land of LeeChee, where our Mary Jingo from the Shadowlands in seen as warrior and a great hope.

Now this very ordinary girl must find a way to help save LeeChee from Thrall and restore the Everything—a magical life- and joy-giving force that somehow connects Mary’s world to LeeChee. How can she face the Void, the foul-smelling Shoeboxians, or the evil Mellie? And how can she do all of the Far From Home?

“They’re there,” Mary said aloud. She then focused her thoughts and said again, They’re over there. To our right. A whole lot of Shoeboxians. A whole, whole lot. And...

She stopped suddenly. A different smell filled the air. A hole in the forest where the Everything did not exist. And something else had taken its place. Something terrible.

What is it? Van Clare asked, urgency in her voice across the Mindspan.

The Everything. It’s—I don’t know how to describe it— it has changed.

What do you mean? she heard Bonnie Judde say.

Give her a moment, WindRunner commanded. He was flying in the direction where Mary had smelled the Shoeboxians. Mary realized that he followed what she sensed through their bond. LightningChaser was forced to follow in the smaller Thunderbird’s wake.

Mary focused on the smell. It wasn’t quite like the butterfly that Rickface has released in her attic all those nights ago, but it was close. Close enough that Mary could hardly tell the difference. It smelled almost like all the best things. All the most wonderful things that she had ever smelled, kind of. The smells were off by a hair. Like chocolate chip cookies that had just started to burn, or fresh cut poisonous grass. It stopped her in her tracks.

…Mellie is definitely down there, Mary said, closing her eyes tight and breathing in deeply through her nose. She caught Mellie’s specific decaying smell along with the Shoeboxian odor. It had been there all along. She just had not named it. The other smell bothered her. Tickled her nose. It made her want to go find it and experience it. It was that good, even if it did smell a little false. But—I don’t know! It smells like... the Everything. I think. But not really. It smells wonderful—like the Everything does—but it’s not the Everything. I think. I mean, the Everything could have changed? Does it do that?

…Maybe it is as we feared, Bonnie Judde said, with real fear in his voice. Mellie has a weapon we cannot defeat. 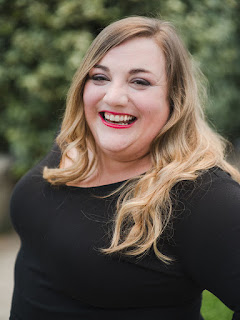 Kelly Byrd is a middle-grade author by choice, a writer by discipline, home-grown chef, and amateur gardener. She lives in Nashville, Tennessee with her husband and two cute-as-buttons rescue pups. The Far From Home series is about growing up, finding your voice, and rescuing the Everything.

Buy the book on Amazon: https://bit.ly/FarFromHome1