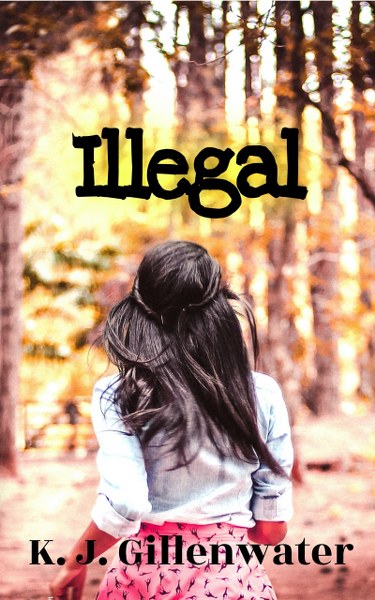 Alone, desperate, and beautiful. When bullets fly, she must rely on a handsome stranger or face death. Together, they will risk it all for love.
Her whole life was a lie…
After discovering she was brought to the United States illegally as a young child, Selena Hernandez decides to do the responsible thing and return to Mexico, her country of origin. Selena vows to become a legal immigrant.
When she asks for help with a visa at the US Embassy, she meets attractive Wyatt Demko, a helpful embassy employee. But they are surprised to discover shocking details about her past and connections to a notorious drug cartel.
Wyatt escaped a painful upbringing in a Wisconsin trailer park for a stable career with the State Department. A chance meeting with Selena reveals an instinctual desire to help. But falling for a beautiful girl with dangerous enemies on her trail complicates his meticulous plans.
Wyatt knows he can't afford to trust Selena. Still, he'll do whatever it takes to keep her safe and win her heart before time runs out.
But Wyatt and Selena only have a few days to accomplish the impossible: hide from the brutal drug cartels and corrupt law enforcement to make a daring getaway that will take them from the streets of Mexico City to the sandy beaches of the Yucatan Peninsula.
Goodreads * Books2Read

Selena wiped the tears from her face, slid the lock open, bolted past the girl who wanted to use the restroom, and ran right into the hard chest of Wyatt.

He grabbed her wrists. “Hey, don’t run off like that again, you hear me?” Wyatt’s eyebrows drew together. “You got me into this mess, and I’m not letting you out of my sight again until we figure out what’s going on. Not sure about you, but I really don’t want to end up dead in an alley somewhere.”

Selena’s heart raced. The panic she’d felt on the street when she’d seen the man with the gun returned full force. Her mind blanked. She’d hit a wall. No idea what to do. Where to go. Who to trust.

Wyatt must have recognized the fear, the panic. His gaze softened. He pulled her close and kissed her. A tender, sweet kiss that took over her mind and blanked out all other thoughts.

She slid her hands up his chest and leaned into his solid warmth. A few minutes ago, she’d wanted to punch him. Strange how a kiss could change everything.

They broke apart. People swirled around them. Selena couldn’t read the look in Wyatt’s eyes.

“Where are you staying again?” he asked.

“Th-the Motel Real del Sur. On Simon Bolivar.” She wanted more from him than a kiss. Maybe he did, too. Her body flushed with warmth.

“Okay. That’s not far.” He squeezed her hand. “Let’s go back to your place, figure this out.”

Selena’s heart dropped a little. Although a clear attraction existed between the two of them, Wyatt’s thoughts didn’t go beyond the kiss. She tried to hide her disappointment. She was grateful he wanted to help her make a clear plan. Fear had impacted her higher thinking processes. She didn’t see herself as the kind of person who froze when in an extreme circumstance, but she’d never had her life threatened before by a gun-wielding lunatic. “Yes.”

She let Wyatt take her by the hand and lead her to an exit at the back of the club. It opened into a filthy alley full of trash and smelling of urine. The music pounded behind them. The door shut automatically, and the noise disappeared. Selena stood in the alley with only the traffic noise. Her ears rang.

The sound of a lighter snapping caught their attention. Two people hovered in the dark of the alley. Someone lit a cigarette. The glow lit up the face of a pock-marked young man and his date, a thin woman in a skintight gold jumpsuit. Both paused and faced them. Hard stares.

Selena’s leg muscles tightened. She was ready to run.

Wyatt grabbed her by the elbow and yanked her toward the street. He hailed a cab, and a beat-up Ford Focus pulled up to the curb. She climbed in, and Wyatt slid in next to her, his thigh hot against hers.

The couple from the alley stepped out of the dark. The woman in the jumpsuit took a long drag on her cigarette. The man put his hands in his pockets and scanned their taxi.

Wyatt gave the driver the address for a restaurant several blocks away from her motel. Before she could open her mouth to correct him, Wyatt squeezed her hand. She slid a glance at him. He gave her hard stare.

Trust me, he seemed to be saying.

She closed her mouth.

Clearly, Wyatt didn’t even trust the cab drivers. In a city as big as Mexico City, you’d think there’d be plenty of anonymity, but Selena was beginning to realize that the bad guys had eyes and ears everywhere.

As they drove away from the strange couple outside the club, Selena’s fears diminished. She touched her lips, Wyatt’s kiss still wet on her mouth. 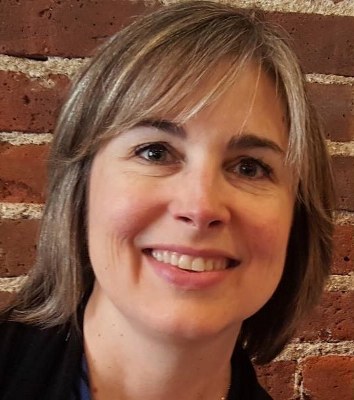 K. J. Gillenwater has a B.A. in English and Spanish from Valparaiso University and an M.A. in Latin American Studies from University of California, Santa Barbara. She worked as a Russian linguist in the U.S. Navy, spending time at the National Security Agency doing secret things. After six years of service, she ended up as a technical writer in the software industry.
She has lived all over the U.S. and currently resides in Wyoming with her family where she runs her own business writing government proposals and squeezes in fiction writing when she can.
In the winter she likes to ski and snowshoe; in the summer she likes to garden with her husband, take walks with her dogs, and take trips into the Big Horn Mountains nearby. She has written multiple books, including several short story collections.
Website * Facebook * Twitter * Instagram * Bookbub * Amazon * Goodreads