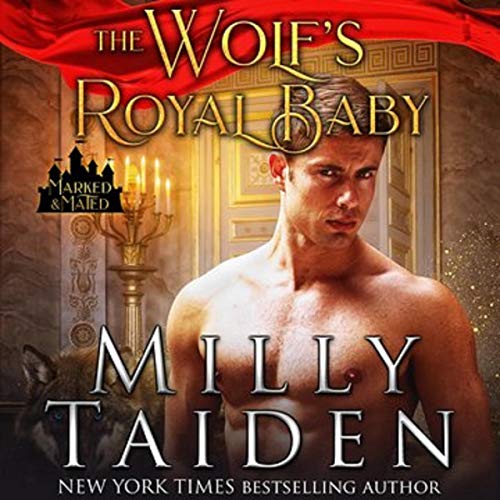 Harper Burns was just abducted from her house by four big, bad shifters. When she finds out her father traded her for his life to a wolf king, she’s ready to escape. Even more confusing is the fact Sebastian tells her she must have his baby. The craziest part is she’s actually considering it. Clearly, she lost her mind on the car ride to the castle.

Sebastian Roarhart is shifter royalty. He’s been cursed and needs to have a child or die. Now, he has to convince Harper to see him as more than some man holding her hostage. He needs her to fall for him. But it’s harder than he realizes when someone in his castle keeps trying to kill her.

Sebastian has secrets he’s keeping to save Harper from heartache. Harper knows one thing for sure: She can’t let him die. Not when he’s the first man in her life to show her how special she is. Time’s running out. When truths come to light about her family and past, only the man she’s come to love will be able to keep her safe.

Momma Says: 2 stars⭐⭐
I'm not sure if it was the story or the narration or both here, but I just didn't feel it with this couple. I know they're supposed to be fated mates and all, so they should be the perfect match, but Harper and Sebastian just did not work for me. The funny thing is that if I'm going to like a kidnap/hostage forced proximity romance, it's usually one with fated mates. I guess it's because the characters are kind of at fate's mercy from the start, but even that didn't help this romance. From Harper and Sebastian's reactions to each other to their conversations to their steamy scenes, it all felt forced.
There is some danger and a whodunit, but the bad guy is caricature-like and at the risk of giving a little something away, the bad guy's helper was doing them a favor? Umm... that's a mighty big favor. Then the ending was - well, it was out there.
Patrick Zeller narrated this first in Milly Taiden's Marked and Mated series, and as I mentioned at the beginning, there were some things that fell short in the narration as well as the story. His voice is pleasant enough, but it was like he was reading me a story that even he wasn't feeling. I don't know, maybe it was a case of wrong book, wrong time, but in the end, The Wolf's Royal Baby had too many eye-rolling moments, and not enough chemistry to pull me in.