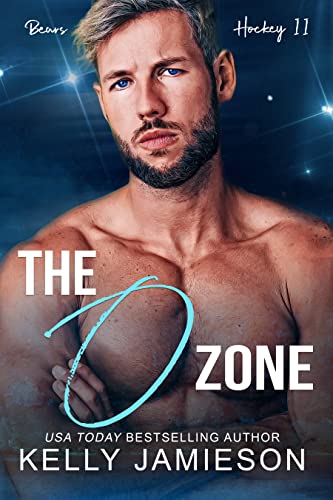 I have one goal: To be the best hockey player I can be. I’m not going to waste the opportunity I have. All my focus is on hockey. I avoid distractions like women and relationships during the hockey season, but when a quirky subway busker asks me out on a fake date, somehow I’m intrigued enough to accept.

I gave up my music dreams to look after my half-sister. I don’t want her to feel as alone and neglected as I did after our mother died. But my ex-boyfriend is still trying to win me back and now my stepfather is helping him. Gah! I’d rather drink bleach than marry Roman Moretti. If they think I’m involved with someone else, maybe they’ll give up on that idea. All I need is a man…a date for a party.

When Emerie introduces me to her wicked stepfather (ha) I realize I’ve made a huge mistake. He’s my boss—the man who owns the team I play for. And he’s not happy to see me with Emerie. Can you say career ending move?

Oops. I hate hockey. How was I supposed to know who Owen is? How are we going to keep Vince from trading him away? How am I going to make sure I stay happily un-married? We’re going to have to keep up this pretense even if it means me going to hockey games. Ugh. Even if it means disrupting Owen’s rigid routines. Even if it means everything gets a lot more complicated…

Momma Says: 5 stars⭐⭐⭐⭐⭐
Owen and Emerie got me right in the feels! These two are so good together and Kelly Jamieson has given us so much more than just another hockey romance. Not that I should be surprised. I can always count on this author for a great blend of sports romance, emotion, and chemistry. Owen and Emerie both have baggage, and given the things they need to sort through, their fake romance start is kind of perfect for them. Kelly Jamieson caught me by surprise with this one. Usually, I can predict some of what will happen, including the angst and which one will be all in first, which one will pull away, etc. Not this time. What I did see coming was me falling into the story and not coming up for air until it was finished, but that's a common thing with this author as well as the reason she's a must-read for me.

Make the Domino Effect Work for You and Create More Peace, Freedom, and Joy in Your Personal and Professional Life Nonfictio...