Scottie Monk came out of the womb angry at the world. He's selfish and bitter. "Bah humbug!" rolls off his tongue far easier than "Happy Christmas."

Gray Baird has dedicated his life to public service as a Marine Corps officer and later as a police chief. The decorated hero finds it impossible to ignore autistic twins in desperate need of holiday spirit. He'll be the grumpiest Santa in the world if it puts a smile their faces. And he'll drag a reluctant Scottie along for the ride.

This December, Gray and Scottie collide while unexpectedly playing Santa.

The short story The Unexpected Santa is book five in Dahlia Donovan's international bestselling gay romance series, The Sin Bin. Each one features hot rugby players and the men who steal their hearts. This is not a stand-alone story. It is recommended that readers have read at least The Royal Marine prior to reading The Unexpected Santa. 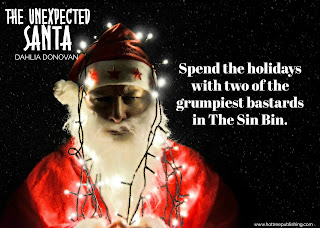 Having read The Royal Marine, I was familiar with Scottie and was looking forward to reading about the one to finally tame this contrary, not so likable man. Enter the silver fox, Gray, who is almost as cranky as Scottie, but is certainly persistent about what he wants - and may be exactly what Scottie needs. I loved Gray's interactions with the twins and how they grew on him, softening him up a bit for Christmas. The story is very fast paced and did hold my interest, but the biggest drawback for me was the abrupt ending. I would've preferred at least some form of a conclusion rather than the cliffhanger, but I am invested enough in these characters to watch for the next part of their story to see where it goes. 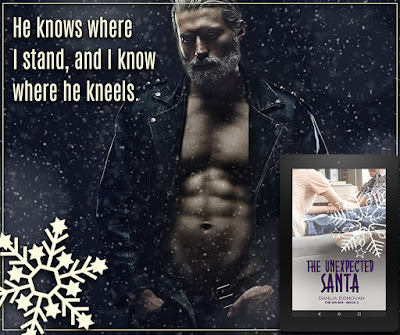 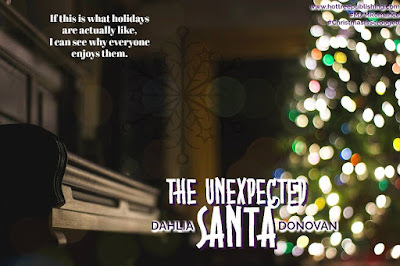 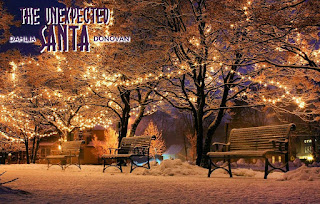 Follow the tour HERE for exclusive teasers and a giveaway!