I've been hearing more and more about author Willow Rose, and being a fan of mysteries and thrillers, I decided to finally check her FreFout. I was a teenager during the Freddy Krueger phase, so of course, the title of this one caught my eye. 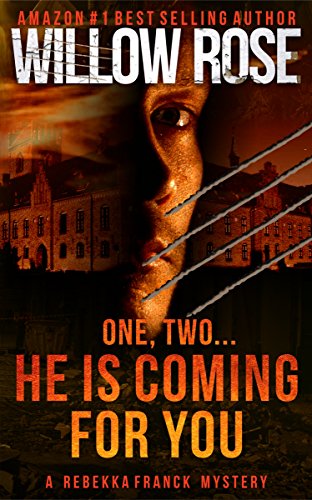 A serious page-turner from THE QUEEN OF SCREAM. Once you start One, Two ... He is coming for you - there is no turning back.

Set in the Danish coastal town of Karrebaeksminde, journalist Rebekka Franck returns to her hometown with her six-year-old daughter. She is trying to escape her ex-husband and starting a new life for her and her daughter when the small sleepy town experiences a murder. One of the kingdom's wealthiest men is brutally killed in his summer residence in Karrebaeksminde. While Rebekka Franck and her punk photographer Sune try to cover the story for the local newspaper another murder happens on a high society rich man. Now Rebekka Franck realizes that the drowsy little kingdom of Denmark has gotten its first serial killer and soon a series of dark secrets - long buried but not forgotten - will see the day of light.

- One, Two ... He is coming for you is the first book in Willow Rose's mystery-series about the reporter Rebekka Franck and her photographer Sune

One, Two ... He is coming for you is available at Amazon and is listed in Kindle Unlimited

From the title, I expected this one to be creepy and I certainly got that. While this first book in the Rebekka Franck series is a murder mystery, it also serves as an introduction to the world of our main character. Rebekka has her own turmoil going on with a crumbling marriage and getting settled back in her home town. Her new job as a reporter for her small town newspaper takes off rather quickly with a gruesome murder and soon, she's on the hunt for a serial killer. Rebekka's personal life made for an interesting side story, although I did feel like the possible new romance was a bit fast.
All-in-all, I found the characters to be interesting and the story was engaging and fast-paced. The glimpses inside the mind of the killer were chilling, to say the least, and even with the clues building up little by little, I didn't see the twist coming. Looking back, I can see that there were things pointing to the identity of person behind it all, but it's a sneaky kind of thing that keeps a reader guessing.
This first book is a solid introduction to the series and I'm sufficiently interested to check out the next book in Rebekka Franck's story.

**It should be noted that, like most avid readers, I checked out the reviews for this one before reading it. While I noted a number of critical reviews citing poor editing and possible translation issues, I noticed that most of those were from quite some time ago. I read the updated, edited version and found none of that. 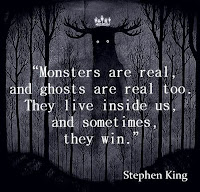