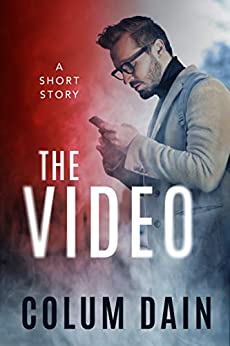 “Exciting and funny from the get go," Gillian, NetGallery.

“The twist…had me almost biting my nails wanting to find out the outcome of the story” SaM, Goodreads review.

“We have tremendous technology advances, yet we have never gotten out of the cave.
Is just great," Abdel, NetGallery.

You notice a video on Youtube called Murder, I Like. A live video. A video with your daughter in. What would you do?

Leo sits back for his commute from Brighton to London. A relaxing, hour-long journey to let the mind run free. He comes across a video online and is torn. Is it for real? Is it just a college prank? If it’s genuine, Leo must act. Now.

If it’s genuine Leo must get a grip, be decisive and act now – before it’s too late!

This unique story will have you both screaming and laughing, with its clever play between characters. It also shines a light on society’s use of technology, which will make you stop and think.

Read the story now to discover the truly shocking twist!

Momma Says: 3 stars ⭐⭐⭐
There have been quite a few books lately about social media, and if it isn't the focus, it plays a significant part of the story. The Video is one more in the list, and it is a bit different than the others that I've read. I'll skip the details on that so I don't spoil anything. Instead, I'll just talk about the things that did and didn't work for me. First, Leo's commute. Colum Dain does such a great job of detailing the setting that I felt like I was sitting right there with the many colorful characters hopping on for their own commute. Then we have the video and the turmoil that followed. Leo's sense of helplessness comes through loud and clear, and as a parent, I couldn't help but think about what I would do in Leo's situation. Finally. we have the ending, which is part great and part not so great. I liked where the story went, but I felt like more time could've been spent on the tension of the story - maybe another page or two - something, I just felt like it needed something more. The twist was pretty good, but it could've been so much more with just a little more detail from the night. All in all, the book was interesting, and I did finish, but the ending was a little bit disappointing.
❃❃ARC provided by NetGalley and BooksGoSocial