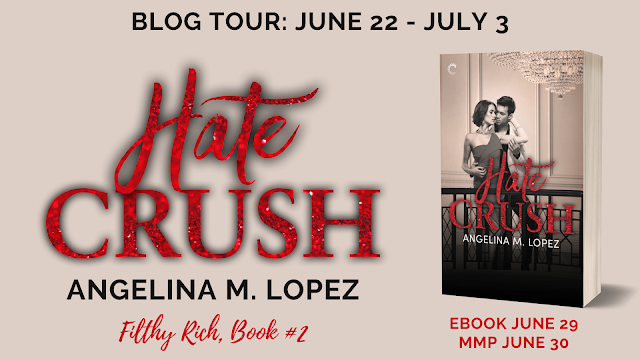 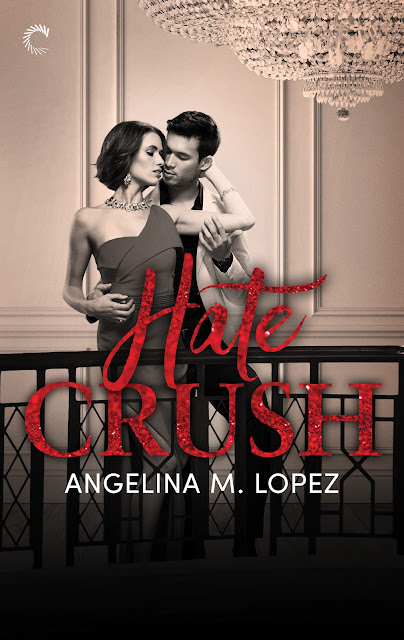 A fake relationship could help Princesa Sofia save her kingdom. Only problem: She’ll have to fake it with the man who broke her heart.

Ten years ago, wild child Princesa Sofia Maria Isabel de Esperanza y Santos fell in fast crazy love with heartbreaker Aish Salinger during one California harvest season. Now, all grown up and with the future of her kingdom on her shoulders, she hates him as passionately as she once loved him.

Even if her body hasn’t gotten the hate memo.

Faking a relationship with the now-famous rock star for the press and public will ensure the success of her new winery and prosperity of her kingdom. All she has to do is grit her teeth and bear his tattooed presence in her village and winery—her home—for a month.

Trying to recover from his own scandal, fallen superstar Aish Salinger jumps at the chance to be near Sofia again. Leaving her was the biggest mistake he’s ever made, and he’s waited ten years to win her back.

He never counted on finding a woman who despised him so much she didn’t want to be anywhere near him.

A war of wills breaks out as the princess and rock star battle to control their fake relationship. She wants to dictate every action to keep him away from her. He wants to be as close as he can be. She’s already lost so much because of Aish—e won’t be the reason her people lose even more.

But he also won’t make her break her life’s most important vow: To never fall in love again.

Momma Says: 4 stars⭐⭐⭐⭐
I love a good second chance romance, and Hate Crush is definitely a good one. This is the second in a series, but I'm gonna go out on a limb and say this is a standalone - at least it was for me. I didn't have any trouble following any part of the story, and nothing stuck out as a hole that would be filled had I read book 1. Anyway, second chances. One of the things I like is that we can expect the chemistry to already be there. That said, this second chance romance is also a bit of enemies to lovers. This pair surely do have a love/hate relationship, which is another favorite trope for me. There's a fine line between love and hate, and both have one thing in common. Passion. And with that, we come to Aish and Sofia. The blurb mentions a war of wills, and I do love me some witty banter. I will say that Sofia can be brutal, and I actually felt a little sorry for Aish at times. The good thing is Angelina Lopez knows her stuff when it comes to well-drawn characters and this pair may butt head plenty, but they are also plenty great together. The story is interesting and well-paced, the characters are engaging, and the whole thing comes together for a great second chance romance.

Aish pulled the bud out of his ear and straightened, never taking his eyes off her as he held it out. When she took the bud from him, she let her fingers linger. His fingertips were warm and that tiny touch sent a frisson down her arm.

She unwrapped the headphones from around her neck and stuffed them into her back pocket. But she didn’t move back.

A corner of his mouth went up. “What else do you know?”

That he made every millimeter of her skin buzz. That he smelled like boy and sweat and ocean salt. She hated the nose-clogging scent of cologne. There was nothing fake about the way this boy smelled.

She pulled her long braid over her shoulder and tugged on it. “You’re from LA, your father designs clothes, your mother is a famous fitness instructor. Y…you’re very good at surfing, singing, partying, working harder on less sleep than everyone else and…oh, sí, ménage à trois.”

Shock, mortification, and humor created a palette across his expressive face. “Who said I’m good at threesomes?”

Sofia ran a hand down her braid and shrugged, all Spanish cool. “No sé. I keep my nose to myself. It’s everyone else who talks.”

When he grinned this time, he looked like he might lean down and taste her. “And what does everyone say about you?”

Sofia worked to maintain her smile. She wanted to be no one to nobody. She wanted to have nothing said about her. But even if she’d lived a cloistered life in a high tower, her story would be marred with her parents’ dramas and affairs and fights, ugly public episodes that stripped Sofia of dignity without her involvement. And Princesa Sofia hadn’t lived a cloistered life. Maintaining her dignity hadn’t been high on her list when she’d mooned the crowd from atop a Semana Santa float in Cádiz or when she’d waved drunkenly to the paparazzi from a movie star’s hotel balcony when she was supposed to be presented to the Queen of England. She’d been neither drunk nor sleeping with the star. But her humiliated mother had abandoned the duke’s bedroom she’d been occupying to drag Sofia back to the Monte.

“I know some stuff about you,” Aish said quietly.

Sofia focused on the air in front of his face and ran her hand down her braid.

Esperanza y Santos. Just Sofia. And he thought it was pretty. She focused again on his eyes.

“You’ve got a great accent.” The air between them felt like it was warming up. “You like grunt work, which is so hot it kinda hurts.”

Nothing about her royal status. Nothing about her reputation. He’d just arrived; perhaps none of the interns had told him about the princess in their midst. Perhaps his uncle had just said, “Make sure the new intern hasn’t passed out. Her name is Sofia.”

“You’re not wearing a bra.” Her mouth opened at that, surprised, as his eyed gripped shut. “I noticed and if you noticed I noticed, I’m sorry ’cause I don’t want you to think I’m a total fucking creeper and scare you away…”

“I don’t think you’re a creeper,” she said, reaching to brush her fingers over his clenched fist. Her breasts were so small she seldom wore a bra. But this boy acted like they were an irresistible temptation.

Aish opened his eyes. “Are you for real?”

Sofia smiled up at him, feeling helpless and foolish and floating.

“I mean, am I having some weird acid flashback?” His urgency seemed to express that it was a real possibility.

“No, no.” He was a lit fuse aimed in her direction. “This could be my own personal hallucination. Because, what the fuck. My uncle tells me to go check on the new intern and inside a tank is a kick-ass, bare-skinned fairy girl listening to elf music. I feel like I’m tripping. Am I?”

With amazement beaming from her, Sofia shook her head.

He reacted like she’d punched him. “Fuck. Your smile. Can I kiss you?” 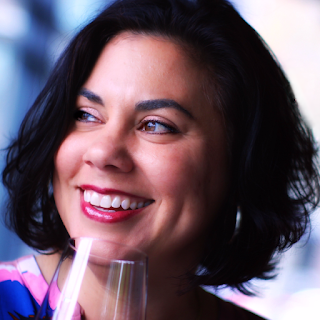 Angelina M. Lopez wrote "arthur" when her kindergarten teacher asked her what she wanted to be when she grew up. In the years since she learned to spell the word correctly, she's been a journalist for an acclaimed city newspaper, a freelance magazine writer, and a content marketer for small businesses. Finally, she found her way back to "author."

Angelina writes sexy, contemporary stories about strong women and the confident men lucky enough to fall in love with them. The fact that her parents own a vineyard in California’s Russian River Valley might imply a certain hedonism about her; it's not true. She's a wife and a mom who lives in the suburbs of Washington, D.C. She makes to-do lists with perfectly drawn check boxes. She checks them with glee.

You can find more about her at her website, AngelinaMLopez.com.