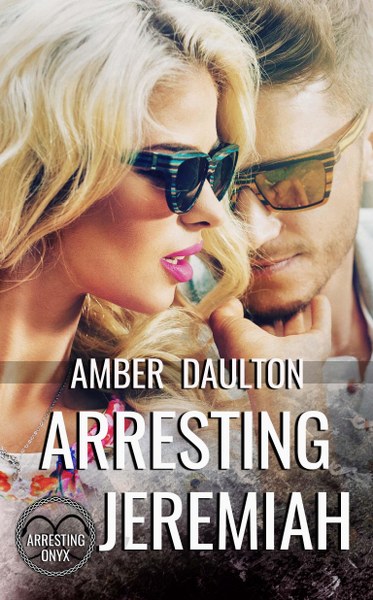 When threats escalate, will Jim and Calista succumb, or fight for a love they can’t deny?
Injured Parole Officer Jeremiah “Jim” Borden never expected Calista Barlow, the sassy blonde waitress he’s craved for months, to ring his doorbell. She slips into his heart—and his bed—but he’s obsessed with a gangland investigation that threatens his career and maybe even his life.
Calista doesn’t trust easily, not with a daughter to protect and the stalker who keeps calling her. After her violent ex-boyfriend returns, she finds solace in Jim’s arms.
Jim may have to forego his need for answers to protect the ready-made family he adores, but how will he and Calista escape an unseen enemy that is always one step ahead of them?
Add to Goodreads
Amazon * Apple * B&N * Books2Read 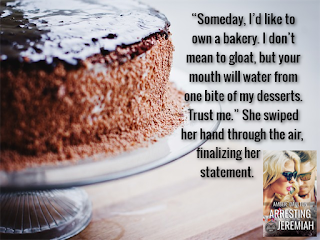 He hated to upset Calista all over again, but he had to know. “What were you thinking when you tried on the necklace?”

Air whizzed through her teeth. Silence stretched between them as they walked toward the diner. She sighed, her voice soft. “No offense, but I don’t know or trust you enough to let you in that much. I’ve made some mistakes—things I don’t want to talk about. Give me some time.”

Trust? He couldn’t blame her for that. If he demanded to know her secrets, he had to tear down the barbwire he’d erected around his.

No. That couldn’t happen. His life depended on his silence. Did her private thoughts and memories hinge on life and death too? His stomach twisted. Nothing bad would happen to her, not if he was around to stop it.

“What can you tell me?” Hell, only an asshole would ask something like that without opening up in return.

“The necklace reminded me of something I once wanted more than anything. Not the pearls itself, but what it represented. I couldn’t have it because I wasn’t good enough.” She pulled from his grasp and wrapped her arms around her middle.

“I’m sorry I forced you to try on the necklace. I thought you liked it. All women deserve something that makes them feel pretty.” The stench of oil filled his nose, and he sneezed. He glanced at the noisy passing cars and pulled Calista farther back along the sidewalk, away from a puddle in the road, before a vehicle splashed them. “I understand about lack of trust and the need for secrecy. I hope someday you can tell me what happened, but I do know one thing, even if you never tell me. You were good enough. You always have been and will always be.”

Her blue-green eyes widened. She traced her fingertips over his smooth jaw, leaving sparks in her wake.

“You’re so kind. I almost believe it when you say it. God, I wish I’d met you years ago, Jeremiah.”

“Why do you call me Jeremiah? Everyone else calls me Jim.”

“It feels more personal, as though you belong only to me. I may have to share Jim with the rest of the world, but Jeremiah—the strong, kind man I’ve admired over the past several months—is all mine.”

Her admission branded him like a fire poker to his skin. If he were alone, he’d beat his chest and roar. No woman had ever wanted to claim him. No one but her ever called him Jeremiah.

He coughed, clearing his throat. “Friday is only two days away, but I can’t wait that long. Let’s get in my car and go to a park, somewhere private, to talk.”

“I’m game if you are, but I don’t want to be rushed. We’ll have time for kissing and touching later.”

She pecked his cheek. “We better go before the rain starts again.”

He grasped her hand and they hurried back to the diner. 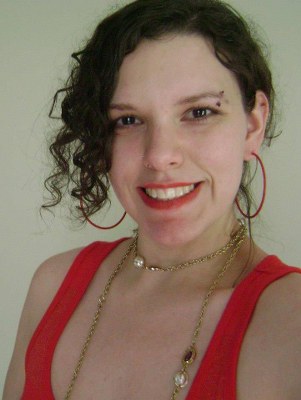 Amber Daulton is the author of the romantic-suspense series Arresting Onyx and several standalone novellas. Her books are published through The Wild Rose Press and Books to Go Now, and are available in ebook, print on demand, audio, and foreign language formats.
She lives in North Carolina with her husband and demanding cats.
Website * Facebook * FB Group * Twitter * Instagram * Bookbub * Amazon * Goodreads 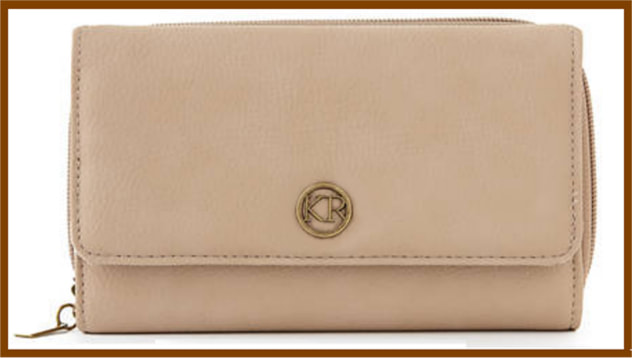 One brand new Kim Rogers' brand wallet (value $45.00) plus a variety of bookmarks, postcards, and business cards from myself and other romance authors