Chronicles of Alcinia Tour and Giveaway 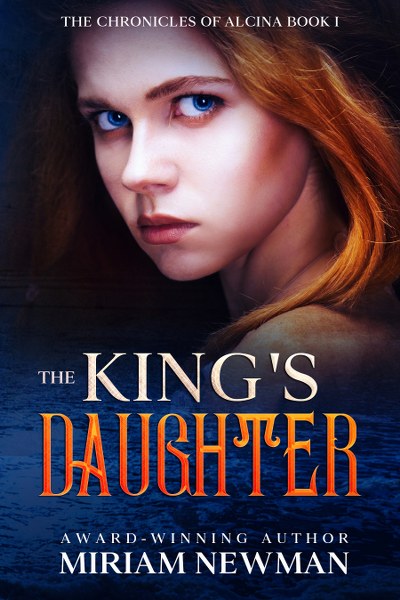 Born to a dying queen and an ambitious king, Tarabenthia is heir to the crown of Alcinia.
Yet when the idyll of her childhood ends she will defy her father, tipping the balance in a world poised on the brink of destruction and leaving history to judge whether she is heroine or harlot.
In a time of war, what would you surrender in the name of love?
Goodreads * Amazon

There was only one direction I could look and that was down the road where we had just come. Now someone else was coming straight up the middle so that people scattered like chickens. A young, unhelmeted Omani trooper was riding down that road on a fine long- legged gray horse, bawling in a voice which did not doubt its own authority. Though I couldn’t hear the words, I knew what he was saying—troops were coming and he wanted the way cleared NOW.

I couldn’t clear the road. I was chained in it and knew my peril. There was a curve in that road and by the time they saw me, it would be too late. My only hope was that Frado would unfasten the manacles and push me off the road and for a fraction of a second I actually thought he might do it, if only to avoid trouble with the Army. He got free of a woman who had been throwing melons at his head when she ran for her life and came back beside me, but he was still in a fury and it was only to punch me in the face.

I heard the gray horse score the cobblestones, launching into a full charge.

Sparks flew where his metal shoes beat on the stones as he came like evil incarnate, bears pinned and teeth bared, head snaking as he went straight for Frado. Fat as he was, Frado could by no means get over the wall on my side of the street and started to trundle to the other side and, with that, the horse was on him. He was obviously a well-trained cavalry mount and I thought the rider meant to let him savage his target.

But at the last moment the trooper swung his horse just enough to clear Frado, jerked his foot from the stirrup and kicked the slaver squarely in the back at a speed just under that of a battle charge. The force was so great that it picked up that mountain of a man like a doll and deposited him face down near the opposite side of the street.

My vision had taken on the preternatural sharpness that precedes seeing nothing and I saw in heart-stopping detail the first of what seemed like a hundred horses coming around the curve at a fast canter. If I had been in better condition, I would have wondered why a number like that was coming at such speed through a country at peace, but just then I was in no condition to care. I lay there like something thrown on the midden heap.

That point man didn’t have the job, though, because he was slow or stupid. I heard the noise of his horse coming back and saw a boy no older than myself with a shining mane of chestnut hair already drop‐ ping from his trotting mount and running towards me with the horse close behind. With no time to spare, he clucked his horse over me in the position a war horse takes to shield a fallen rider, dropped the reins and threw himself on top of me. He was protecting me with his body, arms curled over my head, pulling my face into his chest, so I saw little of what followed, but I heard it: the tremendous din of all those horseshoes, riders cursing, horses snorting in surprise, and the squealing and kicking of the horse over top of us.

That boy was holding me like a lover and I could feel from his involuntary shudders that he was inches from death, but he never moved and neither did his horse. The troopers didn’t want to kill their own man and horses listen to each other better than they do to us, so between the efforts of riders and the violence of the gray horse trying to save his rider the line shifted and passed and I was still alive. 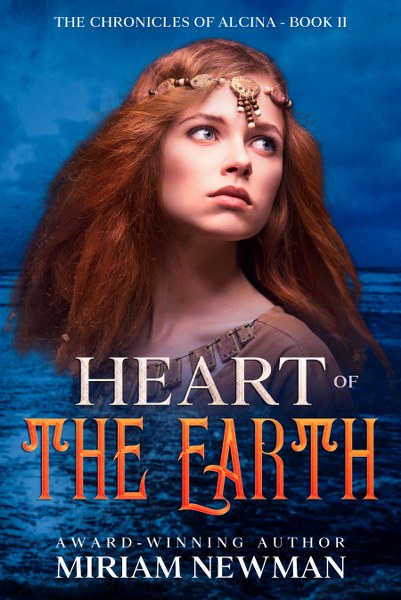 Heart of the Earth
The Chronicles of Alcinia Book 2

Robbed of her husband by the arrows of assassins, Tia must flee to the Northern Prince who has always wanted her. But the price of Hilgi’s protection is too high. Separated from her land and her Goddess, can Tia find a way to return to them and to a love that may redeem her?
Goodreads * Amazon

There is a place between life and death where our loved ones dwell, trapped or perhaps assigned.  I know, for I have seen it.

There was much left unsaid between us and perhaps that is why I first saw the shade of my father. What can be said between a King who barters his daughter and a daughter who seeks to overthrow her father? It was the same with us in that place as it had been in life and the ghost of my father did not speak.

Mother was there, too, a pale remnant of the Queen whose poor tortured heart failed her on the night Tumagis defeated the men of Alcinia at Landsfel.

The one person I did not see was Sergius. Of course, my husband had not worshipped the Goddess of Alcinia but his own Omani gods, yet I do not think that was the reason. In my heart, I believe he had gone to Arianya. I was the wife of his middle years and the one who gave him children. She was the wife of his youth...his first love. Even at his graveside, I had whispered to her spirit to care for him, and I think that she came to Sergius Magistri. 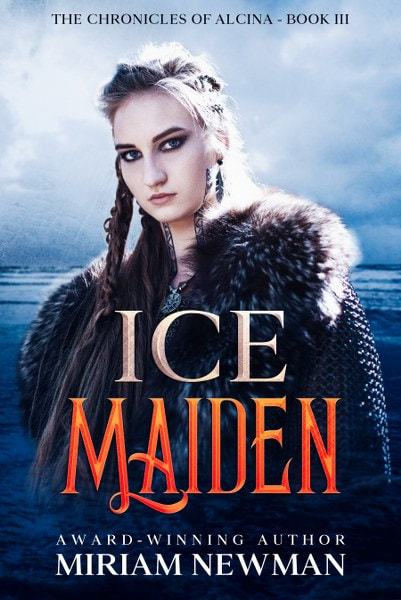 When a simple farm girl attracts the notice of the King’s half brother, it leads to a dazzling world of privilege, intrigue, war and passion.
Goodreads * Amazon

THE DAWN CAME, and we lived. When at last we could hear nothing more and our curiosity became unbearable, we unbarred the door. To my great relief, Trygg was there and came back in, unhurt, hunting for his bone. Otherwise, I saw nothing...no one.

Emalda stepped outside, cautiously. By unspoken agreement, she had become our leader. Watching through the partially opened door, I saw her reconnoiter carefully, at no great distance from us. Eventually, she turned and waved us out.

There was not much to see. A couple of bodies with arrows sticking out, not pleasant, but I had seen many dead animals in my time. I did not know whose they were and didn’t seek to know. There was nothing to be done for them, no matter who they were.

Snow lay on the ground. It was only first snow, a taste of winter, but enough to let us follow churned-up prints and splotches of blood down the slope towards the beach. That was where our men had made their stand. I saw that the ships that had brought us supplies had been roped together to make a great floating platform and put out to sea away from the beach to intercept ships coming in. A second line— of men—seemed to have been deployed on the beach. There were bodies there and in the water with more washing up, and a few ships half sunk in the tide, their sails burned. Everything smelled charred.

There were Havacians and Omanis on the beach, helping the injured—ours, at least. If they were Armatican, that was their last dawn. No one would bring them to us for care.

My lord was easy to spot. He was taller even than most Havacians, and he was unhelmeted. I wondered with a sense of exasperation if he had even bothered to shield his head. That man was born for battle. Probably he had enjoyed it. Son of a general indeed. Now I believed it.

Regardless, I went down to him through small hummocks of bodies and battle gear strewn across snow and sand. All of the women were looking for their men, and now I was one of them.

He was flushed with cold and battle fever, still carrying a gory sword that he plunged into the snow as though cleaning it, but he was not. He didn’t want me to see the blood, but I caught his distinct look of victory touching on defiance as he did it. He was what he was, that look said. Take it or leave it.

This now blood-drenched island was not what I had ever envi‐ sioned as a home. He was not the man I’d thought of in my dreams. I had never had much time for dreams, anyway, and I wouldn’t now— there was going to be too much work to do. But I thought now I would do it with him.

Fantasy poetry driven by myths and legends has been my passion for as long as I can remember. I was published in poetry before catching the romance writing bug. I bring that background to my writing along with a lifelong addiction to horses, an 18 year career in various areas of psychiatric social services and many trips to Ireland, where I nurture my muse. My published works range from contemporary fantasy romance to fantasy historical, futuristic, science fiction and historical romance. Currently I live in rural Pennsylvania with a "motley crew" of rescue animals.
Website * Facebook * Twitter * Bookbub * Amazon * Goodreads

Follow the tour HERE for special content and a giveaway!
$25 Amazon OR Barnes and Noble gift certificate
a Rafflecopter giveaway