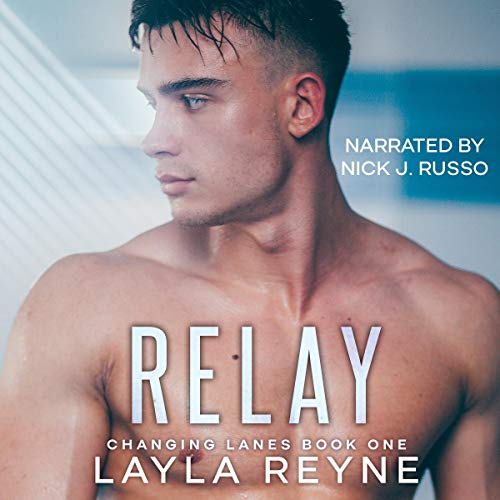 Captain is not a title Alejandro “Alex” Cantu takes lightly. Elected by his teammates to helm the US men’s swim team, he proudly accepts the role, despite juggling endless training, team administrative work, and helping out on the family farm. And despite his ex-lover Dane Ellis - swimming’s biggest star - also making the Olympic team.

Dane has been a pawn in his celebrity parents’ empire from crib to pool, flashing his camera-ready smile on demand and staying deeply in the closet. Only once did he drop the act - the summer he fell in love with Alex. Ten years later, Dane longs to cut his parents’ strings, drop his too-bright smile, and beg Alex for another chance. Alex, though, isn’t ready to forgive and forget, and Dane is a distraction he doesn’t need on his team, until an injury forces Alex to accept Dane as his medley relay anchor.

Working together, their passion reignites. When Dane’s parents threaten reprisal, and Alex is accused of doping, the two must risk everything to prove Alex’s innocence, to love one another, and to win back their spots on the team, together.

Momma Says: 4 stars⭐⭐⭐⭐
Relay fit very well for a summer 2021 listen, and I really liked the premise. The story is a male/male romance, a second chance romance, and a sports romance all in one, and Layla Reyne combines the tropes very well. I'm always a sucker for a second chance love story, and Dane and Alex's love story was 10 years in the making. This one turned out to be a bit of a coming-of-age tale despite the characters being in their mid-twenties. Dane has a lot to learn about being his own man and standing up to those who want to control him, so he has quite the personal journey as he figures it all out, and I don't mind admitting that I really wanted to give him a good shake along the way. Alex is a sweetheart, a hotheaded sweetheart at times but totally lovable. His drive and determination are what make him a great captain and keep him going despite more than his fair share of personal troubles. There's also a great group of secondary characters that made for some terrific camaraderie and witty banter. Nick J Russo gives voice to the characters, and since the chapters alternate between Dane and Alex, we get to see the story from both perspectives. Russo does a fine job of keeping the voices distinct, even the secondary characters - once a character was introduced to the story, I had no problem keeping them straight just with the differences in pitch, accent, and tone. I've listened and enjoyed Nick Russo before, so it was a treat to hear him again. All in all, this first Changing Lanes romance is an engaging romance with likable characters, and I'm excited to go right on into listening to the next in the series.