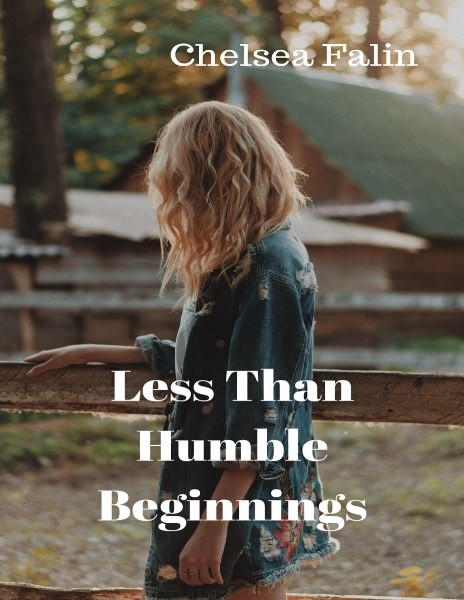 Willie and Babette have long, long been shielded from their own culture and heritage by their mother. When circumstances change, the girls are thrown into what they were once shielded from - only to find it is nothing like they once believed.

While Babette adjusts easily, Willie finds herself much more hesitant. While she struggles to find her true self, Willie is forced to learn she is not the only one suffering from "Less Than Humble Beginnings."

"Try to remember everyone here has their demons, but we put those demons to good use. Make ourselves better, stronger, wiser." - Jack 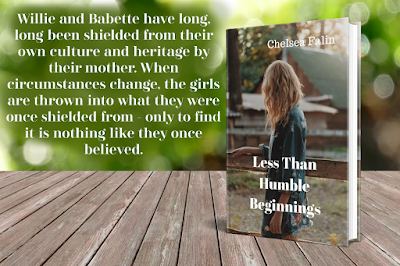 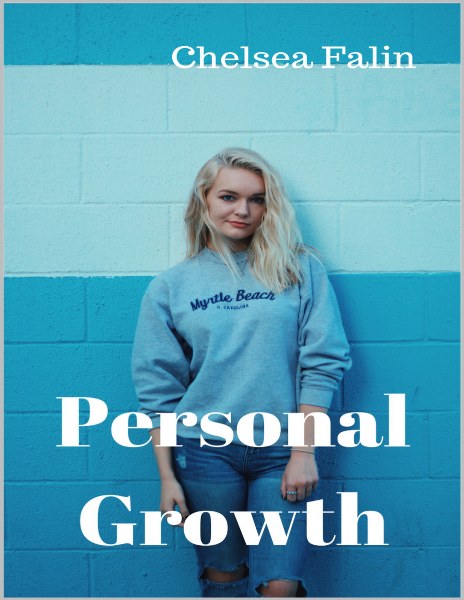 Willie, despite a rough start, has become immersed in the culture she should have been born into. As she grows in her own knowledge of her ancestral roots, she also grows in who she is as a person. All things are now within her reach, and all she must do is put forth a little effort. With all of this in mind, Willie has decided to dedicate herself towards her own 'Personal Growth.'

"Our heritage might be bloody, but that's no reason not to be proud!"
-Spike

'Personal Growth' is the second installment in the fairly popular indie series, Growing Roots. It is the sequel to 'Less Than Humble Beginnings.' Here is what people have said about the series:

"The characters are believable and realistic."

"Chelsea used concise descriptions of her characters which made it very easy to imagine their interactions."

"Chelsea Falin is a great story-teller. With her clear descriptions of the characters, settings and dialogue, it was not difficult for me to imagine the characters and to picture every scene. With her excellent weaving of words, the world of Willie came alive as if I'm watching a movie."

"Being a teenager is never easy, and Willie's internal struggles were easy to relate to." 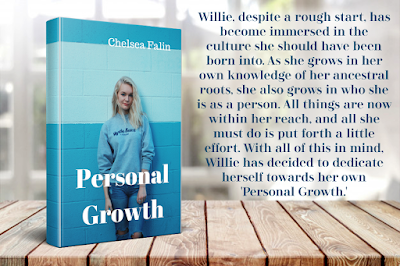 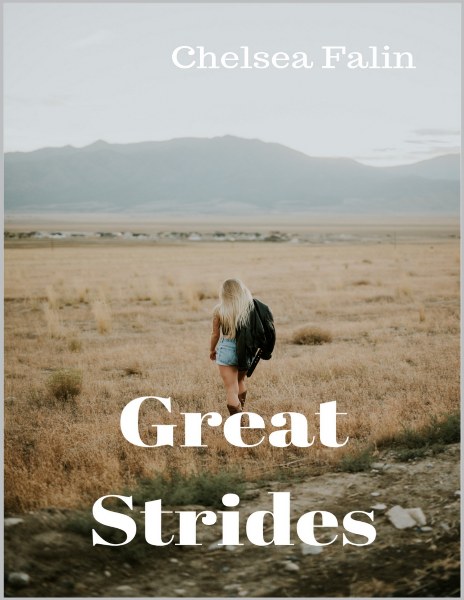 Willie has finally found her father, and he's welcomed her with open arms. Now she must forge a relationship with the man she never even knew was alive. It isn't just him, however, Willie must also find out how she fits in with her step-mother and half-siblings. Left in Alabama with no close-in-age peers, Willie makes great strides in finding out who she is as an individual without a group of close friends to rely on.

Alabama offers many firsts for Willie. The most notable in her own mind is her first relationship. There are other firsts in store, however, and a whole new cast of characters to get to know. How will Willie handle this newest experience? Will she handle it in the mature the way she has always handled change? Or will this be the point in which Willie loses herself?

“Genetics are a tricky business at times, and you just never know what you're going to get when you throw two ancestry’s together.”
-Willie's Mamaw 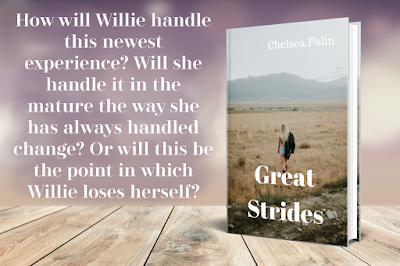 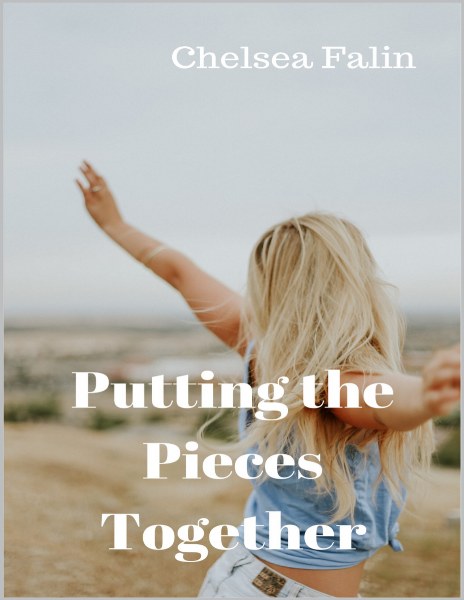 Living a “normal” life doesn’t always mean that things will always be good. Bad things happen to even the best of people, and this is a life lesson Willie must now learn when tragedy strikes her close-knit group of friends.

As she continues to grow and change, Willie knows that she is far from the girl who arrived in Oklahoma little over a year ago. She’s growing, changing, and working on putting the pieces together in her life – just as her friends struggle to do the same.

“You never know, Willie. Death doesn’t discriminate by age or gender or social status. It’s one of the few things that doesn’t care. When it comes for you, it comes. It could be today, tomorrow, or a hundred years from now, but when your time is up, it’s up. There’s nothing you can do to change that.”-Dakota

Praise for the 'Growing Roots Series':

"an eye-opener for teenagers and older adults alike"

"Chelsea Falin is a great story-teller. With her clear descriptions of the characters, settings and dialogue, it was not difficult for me to imagine the characters and to picture every scene." 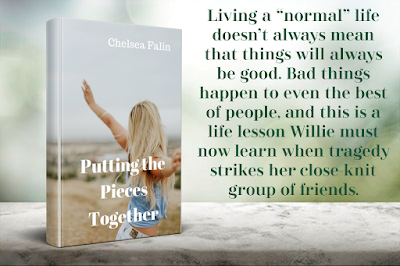 “Willie!” The excited voice was from above me and when I turned to look, I stared straight at Spike. He grabbed my outstretched hands to lift me off the ground and immediately pulled me into a tight squeeze. He lifted me off the ground and spun me around once. I laughed and shook my head at his dramatic display of affection. “Miss me?” Spike grinned.
I shook my head. “Nah. Why would I do that?”
Spike shook his head and laughed. I realized his hair was down and pulled back from his face. I’d never see him wear his hair that way, but realized it was probably a requirement wherever he worked. His eyes shimmered happily as he looked at me. He released me and took a step back. “Let’s see here.” He eyed me from my toes to the top of my head studiously.
“What the hell are you doing, Spike?” I asked, suddenly feeling I needed to be more clothed.
“Why, seeing how much you’ve grown, of course.” He clucked softly as he shook his head. “Much too much.”
“Much too much what?”
“You’ve grown much too much, Willie dear. You look like a woman now.” He paused. “Almost… there’s still some innocence about you that tells me nobody has quite made you a woman yet.” Spike winked and laughed when I blushed again.
I huffed. “And you still behave like a little boy.” Even as I said the statement, I stole a glance at him. He wore only an undershirt and a pair of black work pants. I noticed his arms seemed stronger and his chest seemed more defined. It was then I noticed the large, black tattoo of a phoenix on his upper left arm.  “When did you get a tattoo?” I exclaimed.
Spike laughed. “A few weeks ago. To celebrate. Like it?” He turned so he could show it off. The phoenix was done in tribal fashion, with thick black swirling lines creating both the bird and flames. It took up most of his upper arm.
I reached out and touched it. “I love it! It’s strangely you.” I grinned, then asked, “What were you celebrating?”
Spike grimaced. “Uh, we’ll talk about that later, huh?”
I shrugged. “Okay, I guess.”
Spike kissed my cheek exaggeratedly before he left to “clean the work off” as he put it. I looked up and noticed Jack staring at me from across the yard. His expression was unreadable as he took another long drink from his beer. He shook his head softly as he turned back to the young couple he still talked with.
“What? I don’t get any love?” I hadn’t seen Dakota standing there during my exchange with Spike. Maybe he’d just walked up.
“Dakota!” I embraced him with a tight hug, and he squeezed back.
Smiling, Dakota said, “I’ve missed you, kid. Things aren’t the same without you around anymore. You’re really one of the guys…” Dakota trailed off and grinned. “Well, you’re one of the guys but you’ve become decidedly female. When the hell did that happen?”
I sighed and rolled my eyes. “Why does everyone keep saying that? I didn’t change that much.”
“Oh, yes you did.” Dakota grinned. “Externally, anyways. I hope you’ve stayed your lovable smart-mouth self on the inside.”
I laughed heartily. “Why yes, I think I have.”
“Good.” Dakota slapped my back like I was one of the guys. “And now, dear Willie, I need to get cleaned up. I feel like I’ve been dipped in a bucket of sweat.”
I wrinkled my nose. “You smell like it, too.”
“Enjoyable, isn’t it?” He laughed and strode off into the house after Spike. I stood shaking my head silently before deciding to join my cousins at the now-lit campfire.

Chelsea Falin is the 25 year old independent author of well over ten titles. She began writing with intents to publish in 2006, at age 16, and finally published in 2009, at age 19. Chelsea writes in a variety of genres, including but not limited to: romance, young adult, comedy, cooking, poetry, and dramatic fiction. Professionally, Chelsea is also a freelance blog/article writer, web designer, and book blogger.

In her personal life, Chelsea is the mother of a six year old daughter. In her free time, she enjoys reading, writing, fishing, hiking, biking, traveling, and spending time with her friends or family.