✱✱Audio Book Review✱✱ The Nothing Man by Catherine Ryan Howard 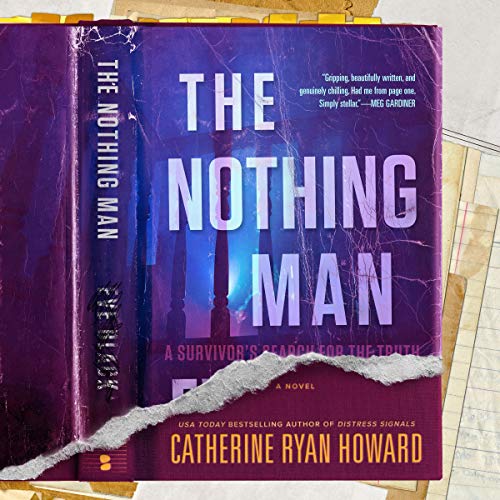 At the age of 12, Eve Black was the only member of her family to survive an encounter with serial attacker the Nothing Man. Now an adult, she is obsessed with identifying the man who destroyed her life.

Supermarket security guard Jim Doyle has just started reading The Nothing Man - the true-crime memoir Eve has written about her efforts to track down her family’s killer. As he turns each page, his rage grows. Because Jim’s not just interested in reading about the Nothing Man. He is the Nothing Man.

Jim soon begins to realize how dangerously close Eve is getting to the truth. He knows she won’t give up until she finds him. He has no choice but to stop her first....

Momma Says: 3 stars⭐⭐⭐
The Nothing Man is a book within a book, which can go either way for me. Here, it's the thing that keeps things moving along. - not always steadily, but moving nonetheless. The book gives away the bad guy from the start, so the suspense doesn't come from who, it comes from why he did it, and how they are going to catch him. The chapters move back and forth between the killer's thoughts as he reads this book about his crimes and the book itself. Honestly, I liked the killer's perspective better than the book he was reading. Maybe it was intentional since he was reading, but his chapters had more feeling to them where the book chapters were a bit dry at times and had some lags in the pacing, especially when there was a lot of backstory. There were a couple of interesting twists, but the lags in the story kept it from being the compulsive thriller it could've been.
Alana Kerr Collins and John Keating breathe life into the characters, and they do a good job of it. Keating does the killer's chapters, and I'll admit that he's a big part of what kept me listening to this story. Collins does the chapters from the book, which was an intriguing choice. We hear the inside book in her voice even though the killer is reading it.
What it all comes down to is, this one is an interesting story, but it's one that you need to keep reading even when it gets a bit slow because the rest of the book, the parts with a steadier or faster pace, are worth the effort.
✽✽Review copy provided by NetGalley and Blackstone Publishing