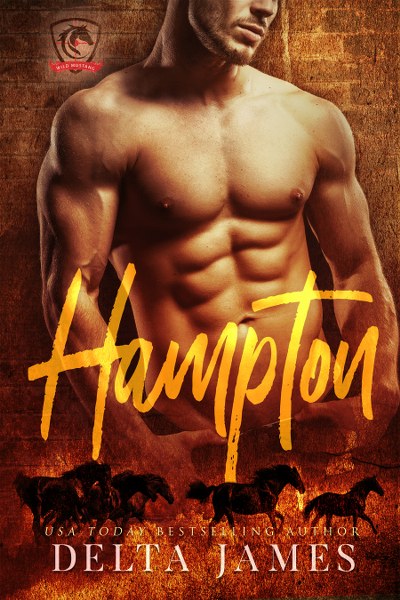 He loves the chase...
John Hampton is a US Marshal on the way home from an extended fugitive retrieval assignment. When he stops in at his favorite steakhouse he finds that what he wants most ... isn't on the menu.
Mandy Adams wasn't looking for love, least of all at work. She's not only surprised at John's attention but also her quickly developing feelings. John is on the fast-track to claiming Mandy as his own, but Mandy balks at the bossy marshal and flees when her feelings for him threaten to overwhelm her.
Apparently, she isn't aware that a marshal's tenacity in running down a target isn't limited only to fugitives, but to naughty females as well. He soon has both sets of her cheeks blushing from his attention.
But when the chase is over, will Mandy still be able to resist his brand of courtship?
It includes spankings and scenes meant for readers over 18. If such material offends you, please don't buy this book.
**Get it FREE!!**
Add to Goodreads
Amazon * Books2Read

“So, Iz,” said Mac, “what do you know about the redhead who has John’s attention?”

“That’s Mandy Adams.” She smiled. “She works for Willa Reynolds. You know, the gal who does the gourmet packing trips. I’m surprised Willa isn’t with her. The two of them usually take great enjoyment out of pool sharking any unsuspecting assholes, like Chaz there. I think he earned Mandy’s ire, treating the wait staff so poorly. Willa’s good with a stick, but Mandy’s better. I don’t think I’ve ever seen her miss a shot unless she intended to.”

“Killian’s is her usual drink of choice.”

“If she likes her steak rare, I could be in love,” he said with a grin.

“Then you’re out of luck,” said Izzy. “She likes her steaks medium with no red.” Izzy left them to take Mandy the proffered drink.

“Not to sound like a completely inappropriate jerk,” John said, lowering his voice, “but for an ass like that, I could live with overcooked meat.”

John grinned at Mac as his buddy tried desperately not to spit his beer across the table. It wasn’t the kind of comment John normally made about a woman, but he was beginning to think that Mandy might be something special. 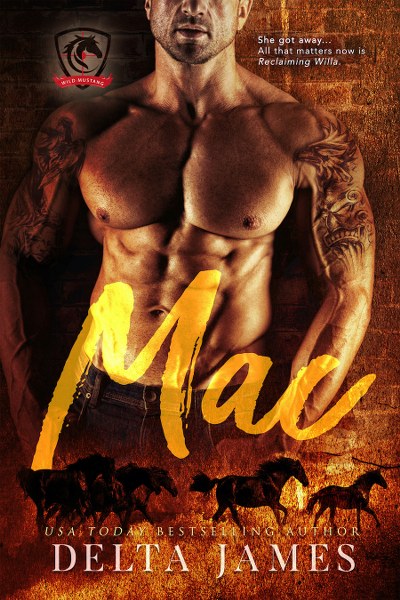 She got away once ...
He'll make sure this time she is thoroughly reclaimed.
When US Marshal Ethan McDaniel is sent to Arizona on a fugitive retrieval assignment, he is confronted by his former love, Willa Reynolds.
Sparks fly when Willa becomes a material witness and must submit to Mac's authority as her protector.
It isn't long before Mac asserts his dominance in all areas of their renewed relationship...and Willa realizes that being claimed by the marshal is all she ever wanted.
This story was previously published as "Reclaiming Willa" This version is a stand alone story, re-edited, and expanded with new content added. It includes spankings and scenes meant for readers over 18. If such material offends you, please don't buy this book.
Add to Goodreads
Amazon * Books2Read 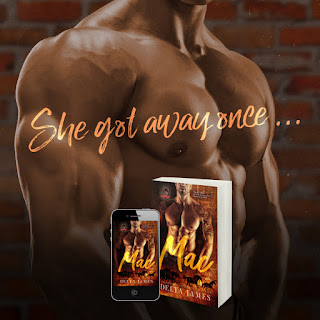 With the horses settled in the canyon, Willa headed home, where Gus, her ranch foreman and long-time friend, greeted her.

“The marshal know you’ve been out stealing horses again?” he asked, nodding toward the house.

“I’m not stealing them, Gus. I’m helping them find their way to safety, and, no, I didn’t want to wake him.”

The grizzled cowboy shook his head. “In other words, you snuck out before dawn and are hoping you can slip back into his bed before he even knows you were gone.”

“That’s not it at all,” she said, handing him Gator’s lead rope. “Would you mind taking care of him?” She headed toward the cabin. “And it’s my bed he’s sleeping in.”

“Yeah, you keep telling yourself that, missy. At some point, that marshal of yours is going to put the hammer down on you and your nonsense.”

Willa eased into the house, hoping she could slip back into bed with Mac none the wiser. So far, so good, she thought as she removed her clothes and crawled in to lie beside him. Mac rolled up against her back, his arm draping her waist.

“Where the hell have you been?” he growled as his arm tightened like a vice. 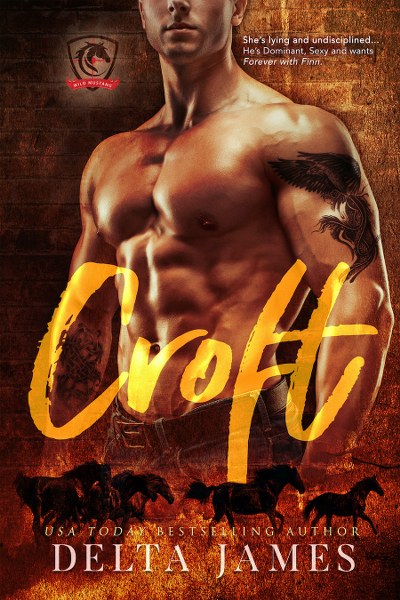 The last thing a photojournalist with a secret needs is a former Navy SEAL on a mission to find the truth.
When a ransom is demanded for her brother's life, photojournalist Finlay Reid needs a guide to the rendezvous to make the exchange. What she gets is Wild Mustang Security Firm's, Billy Crofton.
Croft is hot, ruthless and dominant. Finn tries to keep the former SEAL at bay but finds that something in his heated gaze makes her heart skip a beat.
When he catches Finn in a blatant lie, Croft thinks nothing of introducing the spirited photographer to the consequence of old fashioned discipline. As Croft and Finn wind their way through the Grand Canyon to the exchange point, things become more heated than the Arizona sun.
Croft never expected Finn to push all his buttons; Finn never thought she'd yield to his demands ... or respond so wantonly.
But the truth is even more dangerous than either of them realized...
Publisher note -This story was previously published as "Forever Finn" This version is a stand alone story, re-edited, and expanded with new content added. It includes spankings and scenes meant for readers over 18. If such material offends you, please don't buy this book.
Add to Goodreads
Amazon * Books2Read 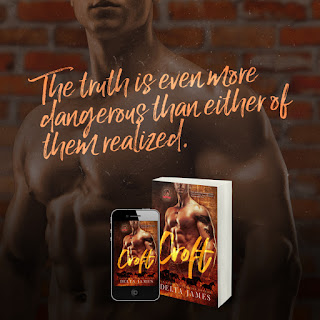 Croft was trying to remind himself the woman was a paying client, probably worried about her brother, and clearly out of her league. He was just turning away from the log to apologize when he realized she had closed the distance between them—realized it as her open palm struck him across the face. Damn, the girl had some serious strength in her arm.

“You brat!” he snarled, losing sight of all the things he’d just told himself and giving in to the urge to give this East Coast princess the spanking she so obviously needed.

Grabbing her by the arm, he put his foot on the log and jerked her across his raised thigh. Without giving her time to react, he brought his hand down hard on the denim-clad rump. A very satisfying gasp—part outrage and part pain—escaped her mouth. A small part of his brain told him he needed to stop, but that part wasn’t in control. He swatted her ass again, and she yelped. That felt and sounded even better. 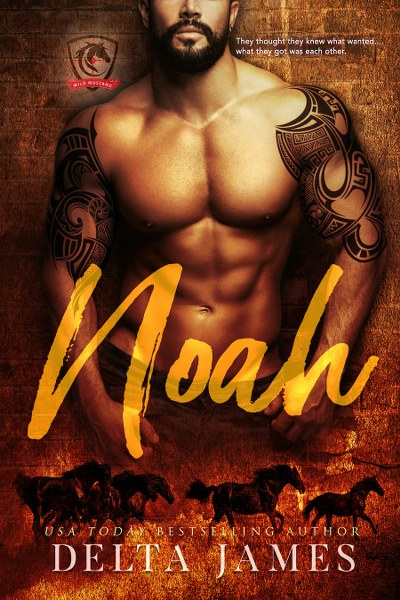 Zara does NOT want a relationship with a dominant man.
Noah wants a sweet submissive woman.
What they get is the last thing either of them wanted... each other.
Zara Hughes had her life all laid out.  Find a great story, write it and win awards and accolades.  And if the story is dangerous, all the better.  Get involved in a relationship with another dominant man?  No way.  Not happening.  Not ever again.
Noah Taylor knows what he wants in his life -- danger and excitement in his job; peace and quiet at home.  After seeing his friends at Wild Mustang deal with their feisty women, he wants a nice, sweet girl who will keep the home fires burning -- a woman he can love and care for and who will never give him a hard time.
When a notorious arms dealer puts Zara in the cross-hairs of a sniper's bullet, the two must stay together to stay alive. And they find that they're better suited for each other than they thought.
Contains a hot commanding alpha male, and a woman who is denying her need to surrender to his dominance. This story includes spankings and scenes meant for readers over 18. If such material offends you, please don't buy this book.
Add to Goodreads
Amazon * Books2Read 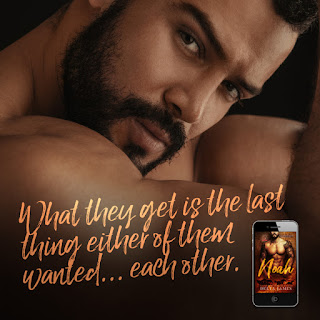 “Coward,” he heard a feminine voice call with a hint of amusement.

Turning towards the sound, he found himself him looking at Zara Hughes.  He’d recognize her anywhere.  She was tall, with cascading dark brown hair, luminous blue eyes and delicate features.  Those eyes were laughing … at him.

“What did you call me?” he growled trying to banish the image before him.

“You heard me … I called you a coward.  Not that I think you are afraid of danger or are anything less than honorable, but you’re still afraid.”

Zara laughed.  “You’d be bored out of your mind within a month.” 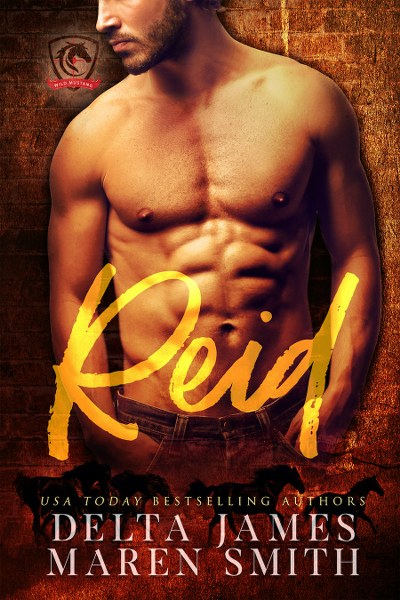 He'll do anything to keep her safe.
Christian Reid has spent years infiltrating the notorious arms dealer Fariq Abdal's organization. And now, just as he's secured his position as the international terrorist's right-hand man, who comes along to threaten his safety and mission before he can bring down NATO's most wanted house of cards? No other than Fariq's own baby sister, Aliya Abdal.
She'll do anything to make things right.
Wildly drawn to her brother's second in command but believing the undercover agent to be the same kind of monster, Aliya knows she must fight the attraction. But after an attack in the market disrupts her plans to join NATO, she realizes Reid isn't as he appears. More than that, he might just be her only way to escape the fate her brother has planned for her.
Working together to destroy Fariq's organization, Reid and Aliya forge a passionate relationship of their own as they fight through a web of terror and lies to find their own happily ever after. But all it will take is one wrong move for her vengeful brother to destroy them both.
This story includes spankings and scenes meant for readers over 18. If such material offends you, please don't buy this book.
Add to Goodreads
Amazon * Books2Read 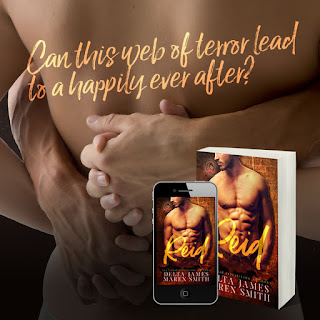 “Christian!” she cried. Her hands grasped the bedclothes as she came, her pussy pulsing all along his length as he increased his thrusts.

Sighing, she leaned back against him, relaxed and replete.

“I hate to remind you, but the season opens today, and we have a full house—paid guests as well as the Wild Mustang bunch.”

Christian groaned. Bad enough, his sister and Croft would be here, but Zara and Avery would be as well, and they were a terrible influence on Aliya. He grinned—that wasn’t necessarily the worst thing. Spanking Aliya always ignited her libido. 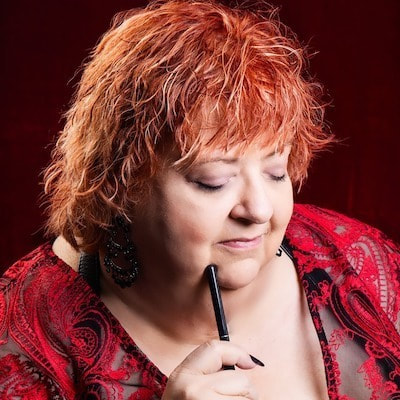 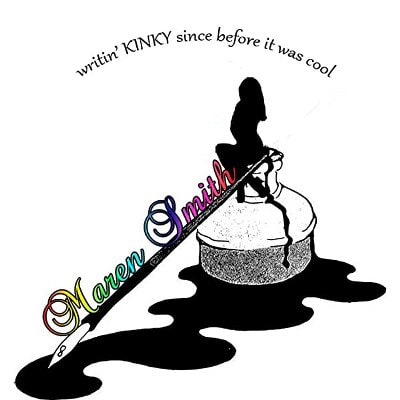 Follow the tour HERE for special content and a giveaway!
$25 Amazon giftcard and
a signed paperback of each book (Mac, Croft, Noah, Reid)
a Rafflecopter giveaway