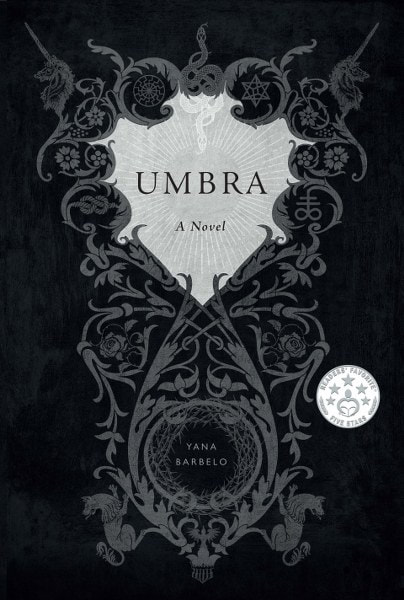 "A chilling and deeply psychological horror work that forces us all to face the deepest fears of our souls…" ~ K.C. Finn, Readers’ Favorite
Ohno Hoia is a custodian of a mysterious collection of seeds and a lonely soul tormented by her hideous, malignant shadow. What world did she come from? What century? She can't remember. She is a stranger to herself, a God's mistake.
Driven by the desperate wish to break free from the shadow and save the seeds, Ohno arrives at present-day California's desecrated shores. There she plants a garden the likes of which had not been seen since the days of Eden. While the garden's extraordinary power shocks humanity out of despair and transforms the land, Ohno's shadow grows fiercer and soon begins to threaten everything she holds dear. Now Ohno has no choice but to follow her tormentor as it takes her into the surreal, terrifying wilderness of her own soul - The Forest of Everlasting Night.
There she must meet the demons of her own making and ask the question she is dreading most: Who am I?
A spellbinding blend of horror and satire perfect for fans of Clive Barker, "Midian Unmade," Haruki Murakami, Angela Carter, Neil Gaiman.
"Dark fantasy at its best, Umbra is a story that is symbolic, fertile in the interpretations it allows readers... A spellbinding story that had me enthralled and completely pulled in. This is a story for readers who are seekers." - Romuald Dzemo, Readers' Favorite
"I never read anything so beautiful and unnerving at the same time.
Yana Barbelo crafts a tale that is imaginative yet intriguing, delighting readers and frightening them at the same time. The writing is incomparable... You need to read this story to discover its beauty." -Ruffina Oserio, Readers' Favorite
Goodreads * Amazon

In the beginning was the Darkness: formless, empty, and alone. And its name was Umbra.

And Umbra the Darkness said, “Let there be a seed.” And there was a seed. And Umbra saw that the seed was good, and she let it grow.

The seed grew and became a body, and Umbra saw that the body was beautiful, and she called it Woman.

Then Umbra the Darkness said, “Here is Woman. She is my daughter. Let the air become her breath. Let the water become her blood. Let the stones become her bones. Let the fire become her life.” And it came to be so. And Umbra saw that it was good.

Then she blessed the Woman and said, “Go to every corner of the earth, sail every sea, cross every forest. Hunt with wolves, fly with birds, dance with all my demons. When you find the Sons of Stars, lie with them, and make them many.” And the Woman did so, and it was good.

Then Umbra the Darkness said, “Let there be a great light inside the Woman to shine upon the world, its every sea, and every forest, and every Son of every Star.” And it came to be so. The Woman’s light grew. Bigger and bigger it grew, and it became vast. And the Darkness shrank. Smaller and smaller it shrank, and it became tiny. And there came morning, the First Dawn.

Then the Woman rose and saw all that the Darkness had made, and She saw that it was very good!

And the Woman said, “Let the Darkness return to rest behind my eyes, to be my shadow, to lead me, and to follow.” And so it came to be. The Darkness returned, and the evening came, the First Night 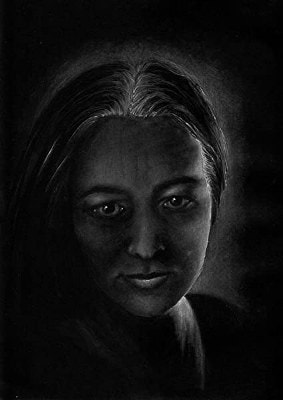 Yana Barbelo is a Russian-American writer, illustrator, psychiatrist. She is fascinated with fringes, edges, brinks, and all manner of liminality. She writes Literary Horror/Weird fiction, which explores the darkest contradictions of human nature.
Website * Facebook * Instagram * Amazon * Goodreads