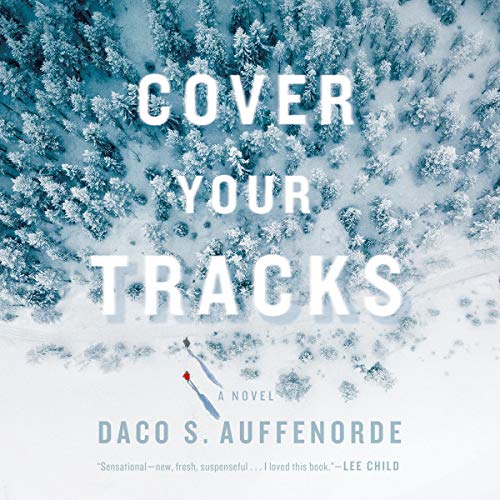 Margo Fletcher, eight months pregnant, is traveling by train from Chicago to Spokane, her childhood home. While passing through an isolated portion of the Rockies in blizzard conditions, the train unexpectedly brakes. Up ahead, deadly snow from a massive avalanche plummets down the mountain. Despite the conductor’s order for the passengers to stay seated, former Army Ranger Nick Eliot insists that survival depends on moving to the back of the train. Only Margo believes him. They take refuge in the last train car, which Nick heroically uncouples in time to avoid the avalanche. The rest of the train is hurled down the mountainside and is soon lost forever in a blanket of snow. Margo and Nick, the sole survivors, are stranded in the snowstorm without food, water, or heat. Rescuers might not arrive for days.

When the weather turns violent again, the pair must flee the shelter of the passenger car and run for their lives into the wilderness. They must fend off the deadly cold as well as predatory wild animals foraging for food. Eventually, Nick leads Margo to shelter in a watchtower atop a mountain. There, we learn that both Margo and Nick have secrets that have brought them together and that threaten to destroy them.

Momma Says: 2 stars⭐⭐
I had a hard time with this book for several reasons - pacing being pretty high on that list. I love thrillers, and while I can appreciate the slow build, Cover Your Tracks took that past slow and on to tedium at several points in the story. It starts out with a fast, edge of your seat situation with the train, a snowstorm, and an avalanche. There are also several other high-tension situations for Margo and Nick. The problem is that between those situations, things often slow to a crawl. The story bounces back and forth between Nick's and Margo's point of view, and maybe it's me, but it felt like we got more of Margo than Nick - I'm pretty sure that was done intentionally. During that back and forth, we get snippets of the characters' pasts - things that happened to shape who they are today.
With that in mind, I'm going to say something about a couple of things that are mentioned in this book. I hope I word this correctly because I never want to offend anyone. There is mention of abortion and a girl being forced to avoid an abortion. There is also mention of a term no longer used when referring to Native Americans as well as talk of scalping. Now, I in no way agree with any of this, but the author is referring to the past of Nick's and Margo's lives. Given their ages and when those things would've happened, those things weren't so out of the norm. Again, that doesn't make it right, but I understand where the author was coming from (the time period, at least) and how those things were meant to move the story forward, and I can understand how those things could shape a person. Unfortunately, that doesn't help with my opinion of the book. I just wanted to make it clear that I based my thoughts on the story as a whole and not a couple of things that happened in the characters' troubled pasts.
The back and forth along with the memories can work very well for a thriller, but in this case, the pace slowed down enough that I found my thoughts straying to other things rather than remaining caught up in the book.
Margo and Nick each have secrets, of course, and we get those bit by bit. Margo's secret was way too easy to guess, and it didn't take me long to guess Nick's as well. I'll admit that when I guessed Nick's secret, I shrugged it off, thinking that surely the story wouldn't be that unbelievable. But it goes there, so expect things to go over the top, especially as the story nears its end.
I did listen to this one, which was probably for the best because I'm not convinced that I'd have finished otherwise. Allyson Ryan gives voice to these characters and I liked her well enough for Margo's parts of the book, but I think dual narration could've served this story well. Certain characters' voices are a bit caricature-like, the men in particular. One example is Nick's voice, which is always gruff. Now, that's fine for grown-up Nick, but Nick in first grade sounds the same way, and it just doesn't work in that instance.
On a positive note, I do think this story had potential. I just think too many things didn't work - at least for me. I do think this author shows talent, and I'll be interested to see how she grows with future books.
✽✽Review copy provided by NetGalley and Dreamscape Media