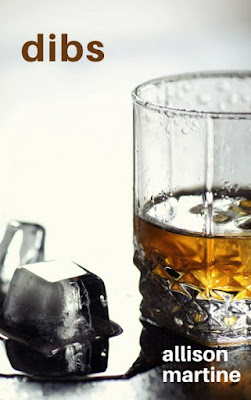 Now a 2020 Kindle Book Awards FINALIST-Romance.
Not tonight, Olivia.
Olivia’s ex-husband shut her down so many times before the cheating bastard left her that Olivia lost count. She didn’t realize she’d also lost the ability to banter, interpret body language, or accept that a man could find her desirable. None of that should matter when she leaves for a two-week training for her new job with the Ranchers, an outdoorsy nonprofit, but when her co-worker adds ‘halter top’ and ‘bikini’ to the official pack list, she has no idea what to expect on this trip.
It certainly wasn’t a perky blonde roommate who thinks their training is like spring break, but with a paycheck. It wasn’t the after-hours hot tub. It absolutely wasn’t the man with a rumble for a laugh who shows up on her flight and introduces himself as the colleague she didn’t know would be her companion for the next two weeks.
When blondie calls dibs on that same colleague, Olivia just wants to stay out of her way, but her colleague has ideas of his own. Ideas which involve Olivia, the hot tub, and shared sips of bourbon.
Goodreads * Amazon 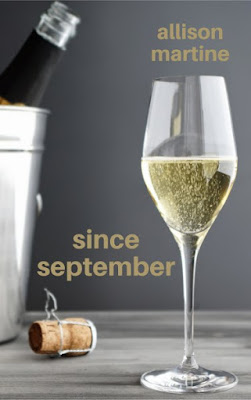 Since September
The Bourbon Books #2

Most brides dream of planning every last detail of their wedding. Not Olivia Markham. She’d been down the aisle once already and regretted that decision, along with every other judgment call connected with her unfaithful ex. But she also never planned on falling for Adam Burkhardt, who proposed sooner than anyone could have guessed.
So when Adam suggests letting their mothers suss out the particulars for their big day, Olivia agrees, hoping it will assuage their mothers’ trepidation towards their upcoming union. She even relents to having a bachelorette weekend, for the sake of her friends.
Olivia shall endure more nuptial nonsense and play bride once again.
They should have eloped.
Goodreads * Amazon

“Just trust me,” he said, exiting the freeway at the next offramp. She sat up, more curious than anything else, watching as he navigated the SUV across an intersection, pulling into the parking lot of a roadside motel. He kicked off the engine and unbuckled.

“I’m not going to drive you home in those clothes, Olivia.

“Me?” she scoffed. “You were out there more than I was. I think I’m going to have to buy you a new uniform and sew all new patches on the sleeves.”

“Out, now,” he said, unbuckling her, then coming around quickly in the rain to use his body as a shield against the weather as they both ran for the motel lobby.

The look on the motel clerk’s face was unimpressed by the two muddy Ranchers standing in the lobby, but more impressed by Adam’s credit card. Adam thanked the clerk for the room key—an actual key, of all things—and led Olivia to a room on the ground floor, thankfully under an overhang the whole way.

He opened the door, pulling Olivia inside, closing the door and then the curtains to the little shabby room.

She gasped as he started peeling her out of the ruin of her uniform, starting with her shirt but then remembering he had to get her out of her muddy boots, too. He kneeled before her, untying her laces and gently helping her out of one shoe, then the other.

“All our clothes are in the car, Adam,” she reminded him.

“I’ll get them later,” he promised, “even if I have to get them

She laughed, leaning on one of his shoulders as he peeled her plush but now squishy socks off her feet. She shivered from the cold, from his hands against her skin, and he began sliding her Rancher belt off so he could get to the fly underneath.

“They don’t make this an easy uniform to get in and out of,” he complained.

“I don’t think that was one of the design goals,” she agreed, her own fingers working on the buttons to his shirt. He had a white tank beneath his uniform shirt, and it was only slightly damp. She was careful to remove it from him without getting it against any of the muddy castoffs, setting it aside on a different chair. She figured it might be the only thing he’d have clean enough to slide on later, just long enough to get their bags from the car for something clean. It was that or a towel.

He sat on one of the armchairs by the window, working on his own boots, and she padded off to the bathroom to start the shower, cranking it to H, then turning to inspect what they’d had available to clean off with. A few little bottles of unscented shampoo-conditioner-bodywash all in one would have to do, even if it meant Olivia’s hair would resemble a porcupine later. She would at least be a clean and warm porcupine.

He joined her in the bathroom moments later, closing the door to trap the heat as the steam began to fill the room. He’d left everything behind but his boxers, which she removed for him, setting them on the counter. He might need to wear those to the SUV later, too.

His hand found her bra clasp, delicately unhooking her, but before he could help her out of her panties she’d dropped to her knees before him. He let out a small gasp as she placed him in her mouth. He steadied himself against the counter, not wanting to put his weight down on her while she knelt, her steadying herself with one hand on his hip and the other on him, neither of them caring how much water they wasted while the motel bathroom filled up with steam, fogging up the mirrors until she swallowed. 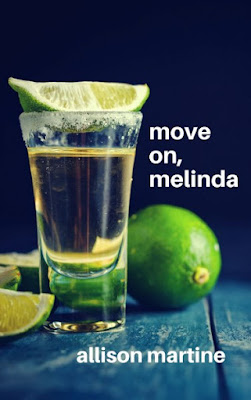 Move On, Melinda
The Bourbon Books #3

There are worse things than being a bridesmaid at your best friend’s wedding. Hitting on the groom? Ancient history. Hitting on the best man? Regrettable but forgettable. Getting pawned off on some random guy who came as his mom’s date? Could be worse. But more happened the night of the Burkhardt wedding than Melinda is ready to admit.
Now, Melinda is determined to move forward and leave all that behind.
She just has to survive the Ranchers’ All Staff Retreat, carpooling with her meddling boss, the fresh-from-their honeymoon newlyweds, and a certain unexpected passenger she’d hoped to avoid for the weekend—and the memories he stirs up.
Goodreads * Amazon

“Ah! Miss Rice. Come have a glass. Mr. Sauveterre had just brought in the vintages Miz Wallace selected for our little getaway. She has excellent taste, our Jamie.”

Melinda smiled weakly and accepted the glass from the big boss man. Jamie could kill her later. Technically, it wasn’t her fault, and it really wasn’t even Mitch’s—not that she was defending him, even in her own mind—because any sane person would assume that case was for everyone. Any sane person who didn’t know Jamie Wallace and didn’t know that when Jamie went on the Rancher All Staff Retreat, the afterparty followed her. Mitch Sauveterre had never been to a Jamie Wallace Retreat Afterparty, and it showed. Melinda watched Mere Franks kill the first bottle. With the number of staffers and the hearty pours Mere Franks was doling out, Mitch never would; there’d be no afterparty, at least not to Jamie’s standards. The wine would be gone by dinner.

Melinda absently wondered what Mitch had done with his preciously-cradled tequila but was distracted by Sauveterre tapping his glass to hers.

“Cheers!” he said, and she raised her glass in return, but it was too late, and her mind was already starting the film reel to remind her of the last time he’d toasted her, except then it was champagne, not an accidentally-commandeered glass of a Jamie Wallace-procured wine, and she tried to drown the image in Syrah. It wasn’t working.

She nervously glanced around the room, looking for someone, anyone, to strike up a conversation with and get away from Mitch and the images he’d just sent dancing through her mind. She came up empty. A few of the other Territory Execs from other clusters had made themselves comfortable over by the massive fireplace that served as the focal point of the lodge’s main atrium. Melinda knew them, only in passing. They appeared to already be engrossed in conversation, one that did not involve her. She wasn’t sure she’d be welcome if she just plopped down with them, co-workers or not. She considered approaching anyway, just to be somewhere Mitch wasn’t.

Instead, she walked over to the French doors that led out to the back patio area, noting the outdoor dining space had already been laid out for dinner. The food would come later, but the staff had set out melamine plates and acrylic tumblers, and little parcels of napkin-wrapped utensils at each place. Her stomach grumbled in approval at the preparations.

She pretended to survey the space, hoping it would appear that she was lost in thought, or appreciating the beauty of nature, sending silent signals that might dissuade anyone from approaching.

She sighed. Either her signals weren’t sending or Mitch wasn’t receiving, either deliberately or out of sheer density. He stood slightly too close, as if he were trying to peer out the exact same rectangle of glass in the French door that she was, perhaps to gain the exact same perspective. She wished he would just take a step back and give her—and her wine—room to breathe.

“Nope,” she answered, hoping her terse response would boost the Go Away signal by a factor of ten.

She wanted to snap at him, point out that they were obviously the only group at the resort for the weekend, but realized he might not have known that. He’d only arrived, would have no way of gauging how big the property was, and possibly hadn’t even gone to his own cabin yet. He probably had no way of knowing that when the Ranchers came to stay, they took over, and if weather permitted, they’d be dining al fresco and all by themselves.

“Yup,” she said, almost sticking with her monosyllabic response before relenting to add, “We take up the whole property. Just us chickens.”

He took a sip of the wine Jamie should not have entrusted him to carry, as if considering. “Guess that’s why I got my own cabin, then.”

And she wanted to pretend her cheeks did not get warm when he said that and if they did it was because she had almost finished the glass of wine the big boss man had so generously poured and had nothing to do with Mitch declaring he had a cabin all to himself. She ran through possible follow up questions, rejecting all of them as being entirely too suggestive. She was not going to ask him what he did with that tequila, and she was not going to ask which cabin was his.

She gulped down the last bit of Syrah. 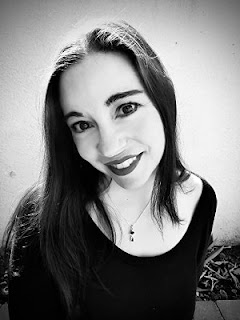