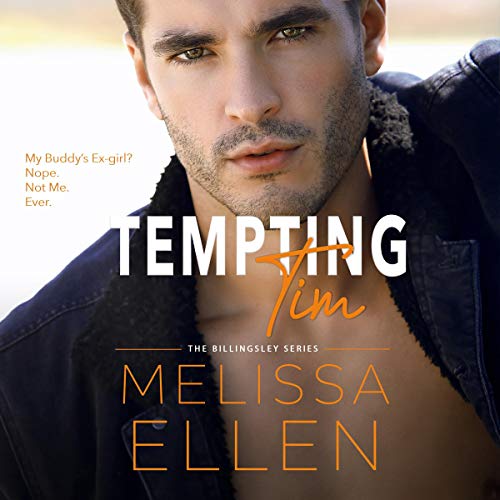 Tempting Tim is a heartfelt and deeply engrossing small-town second-chance romance - guaranteed to bring music to your soul all the way to the happily ever after.

I never wanted the limelight. The only thing I wanted was Conley Logan.

When words failed to express my feelings for Conley, I relied on music instead. But our love song ended before it even began - before I’d even told her how I truly felt. As a result, I watched Conley leave hand-in-hand with my bandmate instead of me.

Not wanting the fight that would break up the band, I made a choice. I lived with it every day, knowing it was nobody’s fault but my own. I’ve moved on. I’m content with my small-town life, running a bar. But now Conley is back, forcing me to face the music.

From the way I’m still tempted to make her mine, it's as if nothing has changed - but until she tells me why she's back, I'm not sure I can trust what’s growing between us.

The only thing that has changed: I’m not letting her get away this time without a fight.

There are four stand-alone books in the Billingsley series:

Momma Says: 4 stars⭐⭐⭐⭐
If I had to pick one constant about the Billingsley series, it would be that these characters get under your skin. They become like old friends we want to visit again and again. And we get to do just that with each addition to the series. Melissa Ellen may not give us a complete rundown of the earlier couples, but we get a peek at the very least while the focus is on the current couple we can't get enough of. In this case, that couple is Tim and Conley, who are sometimes an exercise in frustration as they deal with misunderstandings and exchange barbs. I love a good bit of banter, but the chemistry was strong enough here that I really wanted to shake the daylights out of one or both of these characters and yell at them to just get on with it. They so obviously belonged together that I wanted them to hurry and get there. Of course, this is a romance, and like the rest of the series, the author isn't gonna leave us hanging - so the frustration that is Tim and Conley does pay off.
Meg Sylvan and Connor Crais give voice to these characters, and they do it wonderfully. I've listened to and enjoyed other performances by Meg Sylvan, so it's no surprise that she does a good job with Conley. This is my first time hearing the smooth, sexy voice of Connor Crais, but he fits Tim perfectly, and after what I've heard here, I'll be looking up more of his work.
All in all, Tempting Tim is a solid addition to the Billingsley series, and while this series was my introduction to Melissa Ellen, I'll be watching for whatever she does next.