Babe thought he had done all the right things. He works a respectable job, owns his own home, pays his taxes, and throws jury duty summonses in the trash just like every other fellow American. He even stays faithful to his promiscuous boyfriend. But even through all of the right things, he is unsatisfied with his life.

Chance, an Eminem wannabe, drops his pants low and listens to hip hop to show his alliance with Black culture, but Babe has to learn to accept him as more than the “W” word: a wigger.

Alise and her special-needs son, Rueben, have been evicted and reduced to living in a car when her husband runs out on them. They now have to rebuild their lives after losing all their earthly possessions.

Babe finds that Alise and Chance may represent an opportunity for a fresh start as they navigate the intricacies of race relations, working class disillusionment, and mental health.

The Lark Bar was a decaying local dive on the edge of town. It was the only gay bar that did not require a trek into Philadelphia proper. His nerves were too frazzled for a long drive, but he felt like he would go mad if he sat waiting around in that empty house one second longer.

He waited as the bartender casually, deliberately served every other patron before pretending to notice him standing at the end of the bar, his sleekly muscled arm held aloft like some rare tropical bird, signaling with the only lure that outweighed racism; the cold hard cash held in his fist.

Babe pondered the subtle ways prejudice played out in small-town gay bars versus the clubs in the city. In the city, you were denied entry, waiting while burly doormen examined your photo ID as if the secrets of the universe might be found within. You tamped down on your slowly mounting fury as inebriated white fag hags were nodded past, screeching in your ear as they obliviously bumped into you along the way.

Here, no one carded you on the street. Because they could not run the risk of a public confrontation. The Lark Bar was tolerated, not welcomed, by the conservative county commissioners, bureaucrats, and taxpayers. Bringing undue attention and police involvement were verboten.

He leaned forward and mouthed Grand Marnier, rocks and floated a ten-dollar bill onto the damp bartop, noting the derision scouring the attendant’s face before he turned and plunged a tumbler into a mound of ice. Babe knew that look. He had seen that same expression all through his childhood in the white suburbs of Upper Merion. The expression was designed to remind him that he was a pretender, that he did not belong; his delusions of grandeur had been noted and silently challenged.

Babe acknowledged maybe this time it was true. Ordering a beer would have been a more financially responsible choice. Especially if he planned to follow through on the thing he had vowed to do not more than thirty minutes before, storming out the house in search of a drink to bolster his resolve. But he had to let these gatekeepers know he wasn’t an outsider begging for the scraps of their acceptance. So he ordered top shelf, even when his budget indicated well options would have been the smarter choice.

He tipped 20 percent because he knew they expected nothing. He was aware of the stereotype of Black people being poor tippers. That was another irony that struck him. White servers didn’t seem to grasp that they were poorly tipped because they served poorly. He overtipped even after being made to wait until all other patrons were served. He ignored abrupt behavior and belittling expressions.

He counted out the change handed back to him, peeled off the proper percentage and threw it dismissively onto the bar, turning his back before the bartender could also deliberately ignore the tip, and leaned back with his elbows on the ledge behind him.

The hypervigilant jukebox playlist was another harbinger of the gradations of exclusion. Philly DJs played the current Black divas but remixed and diluted bass, lifted treble, and quickened bpms until most remnants of Africa were obscured to an acceptable approximation of pop (read: non-Black). Here, in the city perimeter, the only divas of color were Diana Ross and the Pointer Sisters fighting amongst a plethora of Patsy Cline, Celine Dion, and Barbara Streisand.

But here, in this small, dark space, with its abysmal checkerboard dancefloor off by the fire escape at the back, only occasionally populated for a rousing two step, and the echoing wail of canned music with its lone, weak strobe waving across dusty walls, the desire of lonely men was far more palpable than hidden amidst the revelry of big-city dance palaces.

It was bleakly evident in every wizened, mustachioed gaze glancing from hooded eyes. It was signaled in the way conversation momentarily froze as he passed, and the tremulous, trepidatious smiles Babe was too distracted to notice.

Babe crossed the peeling linoleum dancefloor to the seating area sectioned off by an ornate metal railing with steps going down like a cockpit. Sitting at the table by the wall furthest to the back, Babe set down his drink with shaking hands. He found this space, away from lustful consideration, with 8x10s of golden age Hollywood stars lining concrete walls somewhat comfortable. The scent of lemon wood polish merged with the orange blossom wafting from his glass. Even through his distraction, he was able to appreciate the gleam emanating from the random width pine beneath his unlaced Timberlands.

If they would tear up that awful linoleum on the dancefloor and show off the natural-random-width wood flooring beneath, he speculated, this place might not be as pathetic as it was. But, he realized, appealing to people like him with his mass of thick dreadlocks and tight wife beater, was most likely not part of the demographic the business model would have been designed to attract.

A loud, braying laugh cut through the din of a Tammy Wynette song. Peering through the smoke, Babe recognized the boy wavering at the bar. Pale and thin, basking in the attention of sad, old men, vaingloriously accepting drink after proffered drink, he swayed and bobbed from one torso to the other like a badminton birdie being hit between two opponents. Babe had occasionally seen him during the course of running errands, grocery shopping, or driving his friend Ricky down to the city to cop. The wan, pale boy always seemed to be sitting out on the cement stoop of a narrow two-story row house on Airy Street, no matter the time of day, in weather both clement and inclement. Ricky would point at the boy as they passed, cackling derisively.

“What?” Babe would ask, looking briefly at the boy as they roared past in a cloud of gas fumes and pumped-up mixtape bass.

Ricky pointed a pudgy manicured finger at the boy slouched on the stoop, wearing sagging jeans and Timberlands with his thin purple hair woven into sloppy wide cornrows.

“Would you look at that mess over there? Who did that head like that? These wiggers always be getting the whole shit wrong, chile. Especially the sissies.” 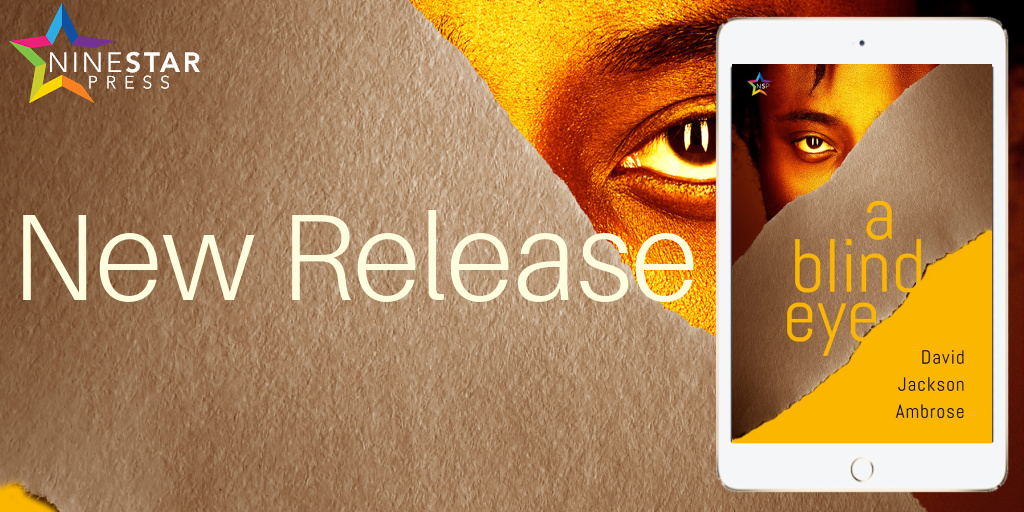 David Jackson Ambrose is a graduate of the University of Pennsylvania. He has an M.A. from Saint Joseph’s University and an M.F.A. in Creative Writing from Temple University. He has presented at the National Conference for Teachers of English. His exploration of race and the mental health field was selected for honorable mention for AWP’s 2016 Intro Journals Project. Ambrose was selected as a 2018 Lambda Literary Award finalist for his debut novel, State of the Nation. He describes his work as “a focus on marginalized people and the ways identities are shaped by a confluence of the prison industrial complex, the mental health factory, (both of which he refers to as neo-plantations) and police state apparatus as it collides with gender, sexuality and the construct of race to impose disability and hierarchy as part of the design of American capitalism.”