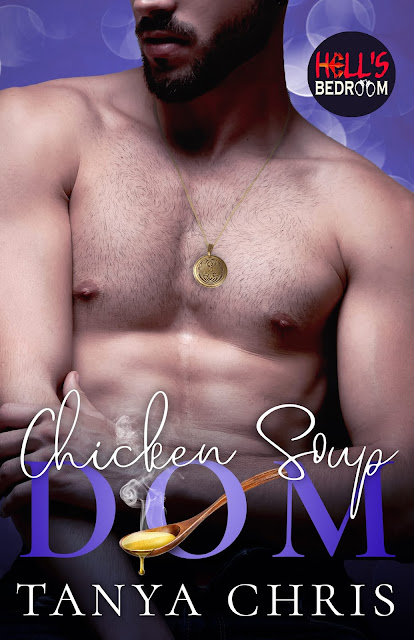 Book 2 of the Hell’s Bedroom series

Available April 20, 2021 from Amazon in ebook and paperback. Eligible for Kindle Unlimited.

When Arlo boarded a bus to Philadelphia to turn himself over to a master he’d never met, he thought he was on his way home, that he would finally have both the sex he craved and an authority figure to care for him in a way his parents never had. But what he got was worse. Much, much worse. Now he’s been rescued, but where does that leave him?

Officer Cade Brixby immediately bonded with the young sub they rescued—a curly-haired, blue-eyed cherub who needs to be taught the right way to engage in power exchange. But not by him, and not until Arlo has had a chance to process his traumatic past. Brixby’s only taking care of Arlo for now, keeping him safe and making sure he eats. He has no business playing with the boy. Even if Arlo asks. A lot.

Professionally, Brixby is off the case. Or so he’s been told by his captain. But he and his band of vigilante kinksters won’t rest until every kidnapped sub has been found and the kidnappers brought to justice. Arlo might be able to provide them with some valuable information.

Content warning for disordered eating. The opening chapter details an abusive situation that may be disturbing to some readers.

Momma Says: 4 stars⭐⭐⭐⭐
Chicken Soup Dom is the second book in the Hell's Bedroom series, and the story continues from the events in the first book. That said, it also stands on its own pretty well, but I'd still recommend reading book one first. There are some things that happen in book one that give a better grasp of certain situations. And I would advise heeding the warning in the blurb. I don't usually care for trigger warnings, but there are some scenes that could make a reader uncomfortable. I'll admit that this one went a little out there, and I can see how some things may be hard to sit through.. And I'm gonna stop right there to avoid spoilers. What I will say is I loved the characters, and I was invested in how things would play out for them - that's not a surprise where Tanya Chris is concerned. I met both of these characters in the first book and learned just enough about them to know I wanted to know their story. Brixby and Arlo's relationship is a little all over the place while they figure things out, but as I mentioned, I was invested in their HEA. Looking back over this couple's journey, I have to say that this one is a bit different than what I've read by this author, but the fundamentals of why I read her books are still there. The great characters, the emotional journey, and the intriguing worlds I can get lost in. I'm not sure where this series is going next, but I know I want to see more of the characters that make up this world.

“Shh, Arlo. Don’t cry, angel. It’s okay.” Brixby’s own voice woke him. For a moment, he wondered if he’d been dreaming that Arlo was crying, but no, Arlo was really crying—still asleep but whimpering, curled on his side facing away from Brixby rather than half on top of him like usual.

“Arlo? Come on, angel. Wake up for me.” He nuzzled a kiss behind Arlo’s ear as he stroked soothing circles into the warm, bare flesh of his stomach. Arlo gave a wild jerk and then settled, the rhythm of his breathing letting Brixby know he was awake now. “Bad dream?”

Brixby could guess Terzini had been involved, but was Arlo haunted by what Terzini had done to him or sad about him being dead? Or maybe Arlo was afraid the people who’d murdered Terzini would come for him next.

“Well, whatever it was, you’re safe now.” He pulled Arlo into a spoon only to realize he was hard, probably from his own dreams. His cock was now firmly wedged between the pert globes of Arlo’s ass. He started to ease away, but Arlo clung to him, holding him in place.

“Arlo.” He meant no, but his tongue tracing over the shell of Arlo’s ear sent a different message.

Arlo squirmed around to face him. “Please can we? You don’t have to be my Dom, just…” He took a deep inhale, then let it out with a sigh of longing that went straight through Brixby’s soul. “I just want to feel good.”

It was too dark to blame Arlo’s blue eyes or golden curls, but an image of how Arlo would look if Brixby could see him came unbidden. His cheeks would be lightly flushed and his mouth would be hanging open with soft vulnerability. A mix of lust and need would gleam in his eyes.

Brixby groaned in desperate refusal even as he leaned forward, surrendering to the inevitability of this mistake. His mouth found Arlo’s unerringly. Arlo’s lips were soft and sweet, so willingly parted and accommodating. Brixby licked over them, mapping their every curve. There was still time to stop this. He’d kissed Arlo before, gently and kindly. He could call a halt here—on the dangerous edge between caretaker and lover, between friend and Dom.

Or he could take.