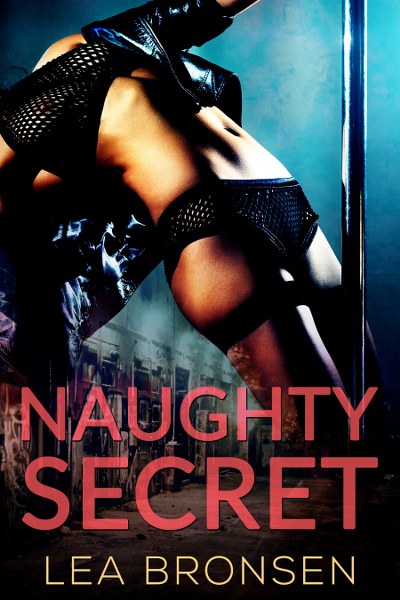 Ivy Stone is a young mother striving to make ends meet and provide for her little boy, whose father disappeared before he was born. She’s tired, and her sole dreams of a better future are for her son.
Alexander MacMillan Jr. never could forget about the gorgeous girl with whom he spent a wild night four years ago, but a pole dancer just wasn’t a match for the heir of a wealthy estate owner. Since he couldn’t have her, he drunkenly sought left and right, straight and gay, for a love that never happened.
When Alex’s father demands that he marry a woman to save the family name, and Alex discovers his naughty secret has started working for a millionaire neighbor, he quickly schemes for an arranged wedding at his birthday party. But will she accept to be his bride?
Add to Goodreads
Amazon * Apple * B&N * Kobo * Smashwords

A refreshing breeze rustled Alex’s hair as he reached the Hampton beach. He filled his lungs with salty air, his gaze sweeping the vast Atlantic and looking for spots on the horizon. No ships today, but endless, foam-topped waves of dark blue water rolling toward the shore in a deafening sound.

The more he thought of it, the clearer it became to him. What he essentially needed was a wife for a day, a bride for show to stop the fucking gossip. And once he’d proven to everybody he was a ‘normal’ guy and the guests had gone home, he could return to his nocturnal activities—only keeping them a little more secret from now on.

He unbuttoned his shirt and tied it around his waist. Flames of fire licked his skin, but he was used to being outdoors, and anyway, he didn’t intend to stay out very long. Just needed a breather.

At this hour, few people came to the beach. It was too hot. He scanned the perimeter and saw only a small kid running after a ball down the neighbor’s property.

Yeah, he recognized the cap and the Superman shirt. And if that was Ivy’s kid, then she couldn’t be far. Alex’s heart jumped in his chest.

The little boy shouldn’t be out in the sun now, though, after having suffered from the heat earlier.

He was too far away for the kid to hear him. He hurried over, and at the same time, Ivy appeared on the wooden walkway at the bottom of Fremont’s garden.

His breath caught. Her movements made the denim dress mold her svelte yet generously curved body. She may be wearing simple clothes, but they did a poor job of hiding the sexy treasures beneath. Blood rushed to his cock. Thank fuck his tied shirt covered it.

Strikingly beautiful without make-up, loose hair blowing in the breeze, she shook off her sandals and dipped her toes in the sand. At the sight of her son playing with the ball, she broke into a white-toothed smile and chuckled. She looked happy, instantly making Alex feel the same. He sizzled inside, his pulse beat faster. He had missed her so fucking much, and here she was back in his life!

When she turned and noticed him, her laugh faded to a dim smile. She recognized the guy in the limo earlier, not the one with whom she’d slept all night. He could tell from her discreet, polite reaction. It must be because he wore shades, and maybe his beard did its part in concealing his identity, too. If she knew he was her lover from four years ago, her gaze would tell.

He would never forget. Memories flashed in his mind. At the bar, he’d asked if there was any chance they could go somewhere, and she’d taken his hand with an alluring smile and led him to an empty dressing room. There, she’d done a strip show just for him in front of the vanity mirror, its white light bulbs giving the impression she was on stage. Then she’d undressed him, and they’d had wild sex in all kinds of positions, laughing and chatting and screwing over and over again. What a night!

“Hello,” she said, walking toward him.

His heart skipped a beat. “Hi.” Should he tell her who he was? How would she react if he did?

She stopped at a mere five feet away, but still showed no sign of recognition. Mind-boggling. “Thanks for helping out earlier. It was very kind of you.”

“Oh.” He lifted a hand to wave it off. “No worries. The kid looks better.”

“Glad to hear that. He shouldn’t be out too long in the sun, though.”

A frown, like she disliked being told right from wrong. “I know. We’re just checking out the beach. And I forgot my hat and sunglasses, so we’ll go right back”—she pointed over her shoulder—“in a minute. Do you have children?”

“No.” He’d love to have one, though. Kids were great fun, but as a notorious party animal, he wasn’t exactly laying the foundation for a family. He diverted the disturbing subject. “Are you settling well?”

She nodded. “Mr. Fremont’s a gentleman. He’s made sure everything was nice and ready for us in his gorgeous mansion. He’s having a nap, now, that’s why we’re—” She raised her hands, palms up, and tilted her face toward the sun. “Aw, I love it.”

And I love how sexy you look when you do this.

Like when she was coming with her cunt wrapped around his cock in the dressing room, moaning and arching her back, swollen tits pointed in the air.

Follow the tour HERE for special content and a giveaway!
$10 Amazon giftcard,
3 eBooks by Lea Bronsen of your choice
-1 winner each!
a Rafflecopter giveaway