✱✱Book Review✱✱ Blog Tour for THE HUNTING WIVES by May Cobb

THE HUNTING WIVES
by May Cobb
Berkley Publishing Group 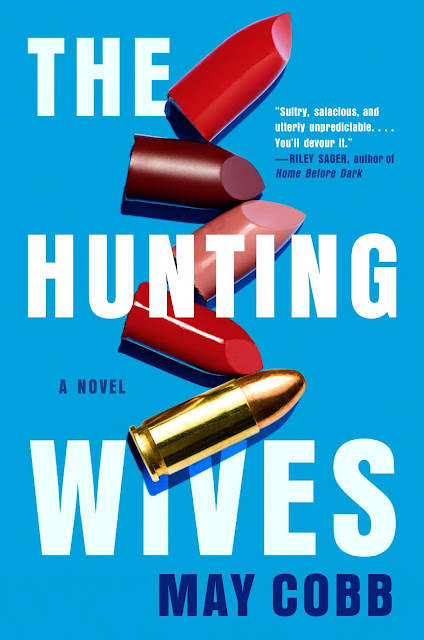 The Hunting Wives share more than target practice, martinis, and bad behavior in this novel of obsession, seduction, and murder.Sophie O'Neill left behind an envy-inspiring career and the stressful, competitive life of big-city Chicago to settle down with her husband and young son in a small Texas town. It seems like the perfect life with a beautiful home in an idyllic rural community. But Sophie soon realizes that life is now too quiet, and she's feeling bored and restless.Then she meets Margot Banks, an alluring socialite who is part of an elite clique secretly known as the Hunting Wives. Sophie finds herself completely drawn to Margot and swept into her mysterious world of late-night target practice and dangerous partying. As Sophie's curiosity gives way to full-blown obsession, she slips farther away from the safety of her family and deeper into this nest of vipers.When the body of a teenage girl is discovered in the woods where the Hunting Wives meet, Sophie finds herself in the middle of a murder investigation and her life spiraling out of control.

Add it on Goodreads: http://bit.ly/35PWJwB

Momma Says: 5 stars⭐⭐⭐⭐⭐
I'm just gonna say it: I didn't like any of these characters. Okay, maybe Sophie's husband, but he was a little too perfect. The Hunting Wives, though, I couldn't stand a single one of them - but I couldn't stop reading about them either. The thing is I went into this book thinking I knew what I was getting. I expected a domestic drama with a bunch of bored housewives, and I suppose I got that to an extent. But that's a really simplistic view of this one. The Hunting Wives is about a group of bored housewives, but these housewives are something else. There is drama - oh yeah, this one has drama in spades, but it's more than that too. May Cobb pulled me into the drama from the very beginning, and she definitely knows her stuff when it comes to building tension. I realize I'm being vague, and it's entirely intentional because this one really needs to be read spoiler-free. I would say this is a page-turner, but it's more like a page burner because this story is on fire. It's provocative, shocking, even maddening - these women are an exercise in frustration, especially Sophie, but the more I read, the more I wanted to read. It doesn't happen often that I find myself rooting for characters to get their comeuppance instead of their happy ending, but darned if it wasn't a blast getting to the point of seeing how everything would come out. If this one isn't one of the most talked-about summer reads this year, I'll be shocked. so, grab it up and soak it up because it's a definite must-read. 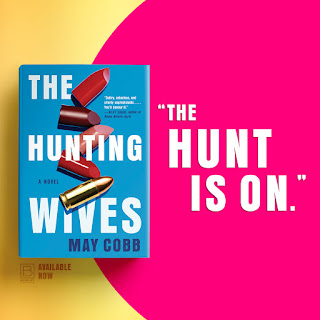 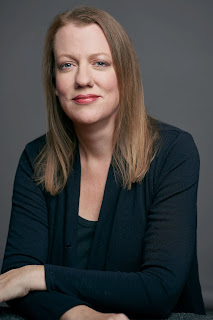 May Cobb earned her MA in literature from San Francisco State University, and her essays and interviews have appeared in the Washington Post, the Rumpus, Edible Austin, and Austin Monthly. Her debut novel, Big Woods, won multiple awards. A Texas native, she lives in Austin, Texas, with her family.
at June 01, 2021