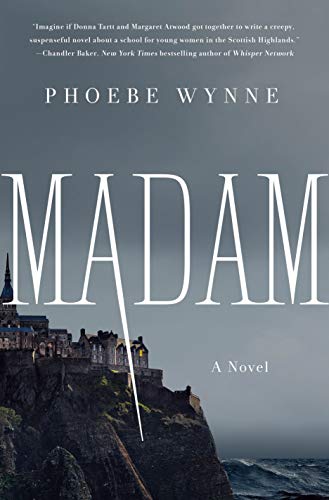 Discover the secrets of Caldonbrae Hall in this riveting, modern gothic debut set at an all girls' boarding school perched on a craggy Scottish peninsula.For 150 years, high above rocky Scottish cliffs, Caldonbrae Hall has sat untouched, a beacon of excellence in an old ancestral castle. A boarding school for girls, it promises that the young women lucky enough to be admitted will emerge “resilient and ready to serve society.”Into its illustrious midst steps Rose Christie: a 26-year-old Classics teacher, Caldonbrae’s new head of the department, and the first hire for the school in over a decade. At first, Rose is overwhelmed to be invited into this institution, whose prestige is unrivaled. But she quickly discovers that behind the school’s elitist veneer lies an impenetrable, starkly traditional culture that she struggles to reconcile with her modernist beliefs--not to mention her commitment to educating “girls for the future.”It also doesn’t take long for Rose to suspect that there’s more to the secret circumstances surrounding the abrupt departure of her predecessor--a woman whose ghost lingers everywhere--than anyone is willing to let on. In her search for this mysterious former teacher, Rose instead uncovers the darkness that beats at the heart of Caldonbrae, forcing her to confront the true extent of the school’s nefarious purpose, and her own role in perpetuating it.A darkly feminist tale pitched against a haunting backdrop, and populated by an electrifying cast of heroines, Madam will keep readers engrossed until the breathtaking conclusion.They want our silence…They want our obedience…Let them see our fire burn

Momma Says: 2 stars⭐⭐
Madam was a tough one for me. I kind of feel like the author knew what she wanted it to be but went so overboard with some elements that it just didn't work, at least not for me. The blurb mentions a modern gothic tale, and it is gothic. So much so that it doesn't feel modern. With the exception of a few references, this story feels like it's set about a century earlier than it actually is. Most of the characters aren't at all likable, including Rose. She's rather abrasive, and maybe that's intentional, but it was just one more thing that didn't work for me. I started this one with the ebook format, but the beginning was really slow, and I was having trouble getting into the story. The blurb had piqued my interest enough, so I switched to the audiobook in hopes of a better outcome. I did make it all the way through, but even the audio version felt slow, and those things that didn't work while reading didn't fare any better while listening. The story is quite dark and parts of it are thoroughly disturbing, but that wasn't the reason for my disappointment. I was prepared for darkness, but I also expected more suspense and tension. I didn't find that here, and I think that was due to the slow pacing. I will say that the narrator, Nathalie Buscombe, has a pleasant voice, but it's almost a bit too pleasant for Rose in my opinion. I would listen to her on something else though. As for the story, I feel like this debut suffered from a case of trying too hard and ended up overshooting on things that could've been important to the reading experience.