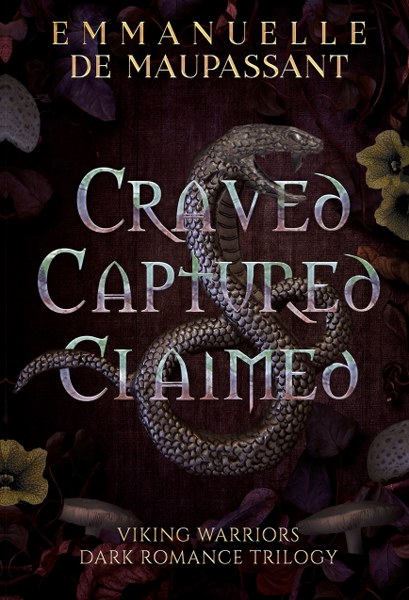 A woman enslaved.
A battle of passion and loss in a dark and dangerous world.

Three rivals seek to possess Elswyth.
To take her liberty.
To make her their pawn.

Caught in a storm of jealousy and passion, her life hangs in the balance.
Just as she believes herself safe, an unseen enemy drags her to the depths of desire.
Elswyth must fight if she wants to survive.
Before she loses herself completely.

A pulse-pounding dark romance you won't be able to put down.
Unexpected twists that will leave you breathless.

The room was full dark, and he lit the wick in a dish of oil, as he had that first night.

He did not come near me at first, and I remained turned away as he undressed. I did not wish to look on him as he removed his clothing, though I had no doubt his eyes were upon me. I heard the clink of his weapons and the soft fall of his tunic and leggings to the floor. Much time passed before he said, “Do you wish me to touch you?”

I kept my face turned. “I’ve agreed to serve you, but I’m your unwilling whore. Whatever happens is your wish, not mine.”

It was an insolent answer and ill-advised, but he spoke no threat of punishment. Instead, he untied the sash about one of my ankles and rubbed the skin, his calloused hands firm in their kneading, restoring the flow of blood.

Climbing upon the bed, he removed the restraint from my other leg and caressed me in the same manner.

A lump formed in my throat, but I gave no thanks. Whatever kindness he showed me was for his own ends.

Being partially free, I should have felt better able to defend myself, but there was no truth in that. He’d merely gained power to position me in other ways. My hands were still bound, after all.

I resolved to do nothing to help him.

Fuck me, and it shall be as if I were a corpse.

His leg brushed mine as he ran his hands along my calves and thighs, keeping my legs parted around him, until he clasped my hips.

Leaning forward, he brought his lips to my buttock—his breath as warm as his tongue.

“You feel nothing?” He grazed me with his teeth, moving from one cheek to the other, devouring my flesh with open mouth, sucking and biting—though without force enough to hurt me—all the while holding my hips fast.

I squirmed, but kept silent.

Moving one hand to the small of my back, he used his other to probe my wetness. “You desire this.” He pressed with his thumb, circling, teasing. “You want me inside you.”

My head buzzed with fury even as I writhed under his caress, still giving no answer.

He laughed low. “What have you been thinking of, waiting for me?”

“That you want to torture me,” I hissed, “—to punish me for something of which I’m innocent.”

“Punish you.” He withdrew his hand. “Is that what you desire?”

He rose from the bed, and I heard the chest’s lid open.

I dared not look, but heard the switch pass through the air. The pain was immediate—a burning sting across the crease of my lower buttocks.

“This is what you want, thrall?”

“Nay!” I cried, fearful that he would strike me again.

I attempted to push my legs together, but his hand intruded upon me. Three fingers slid easily inside.

Against my will, liquid rose from deep within the flesh that he sought to make his own.

“You deny this pleasure, but soon, you’ll think only of the man who masters you now.”

Kicking my feet, I tried to wriggle away. “If I take pleasure, it will be my doing—not yours.”

Withdrawing again, he struck me twice with the switch, across the fleshiest curve of my behind.

The moan from my lips came unbidden. I abhorred him, yet there was a tug inside me. My body opened to him, despite the rebellion of my mind.

I was alone and frightened, aching, angry, and aroused. To say what he wanted to hear would make all easier, but I could not yet surrender this piece of myself.

“I do not wish it,” I sobbed, burying my face in the covers.

I waited for him to punish me again but felt instead his hand smoothing my hair.

Without speaking, he untied the final sashes. As I curled up, he brought his arm across my body, pulling me into the warmth of his chest.

I was aware of his nakedness, of his arousal pressed to the crevice of my cheeks, but he made no move to force his penetration, nor did he ask again what I wished from him. I lay tense, aware of him behind me, his breathing becoming that of a man who slept.

Wearily, I closed my eyes.

I no longer knew myself, nor understood the man who held me captive. 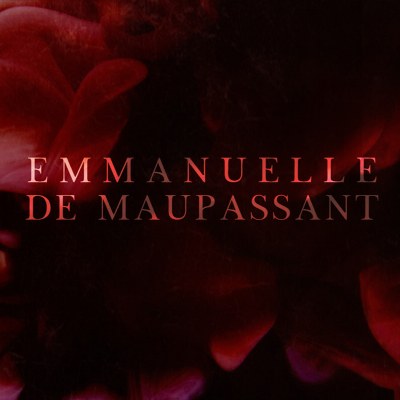 Emmanuelle lives with her husband (maker of tea and fruit cake) and her little haggis pudding terrier, Archie, (connoisseur of bacon treats and squeaky toys). She loves a formidable heroine, and heroes worthy of their women.

Would you like a FREE BOOK from Emmanuelle?
Download 'Dorchadas House' from BookFunnel here => https://dl.bookfunnel.com/zl441otbrt
'Dorchadas House' is a dark mystery, featuring steamy scenes, set on a remote Scottish island in the 1940s.