Release Blitz for In Your Dreams by Julia Kent

Laura Michaels sat up in her dark, lonely bedroom, heart slamming in her heated chest, the dream so real she could still taste his mouth against hers, feel hands pressed into her soft curves, sense fingers exploring where she wanted them most in the lush territory of her abandoned body. Yet her bed was empty, as always.

Except for the three cats who thought they owned it.

And the empty ice cream pint, spoon jutting out like it was identifying her in a line-up.

What kept her heart beating so fast, though, was one undeniable fact.

There had been four hands on her in that dream...

This prequel takes Laura, Mike and Dylan from the New York Times bestselling series Her Billionaires and offers a glimpse into their yearning for what was meant to be...

The book you are about to read, In Your Dreams, is a newly-revised and expanded prequel to the New York Times bestselling series, Her Billionaires. It was originally published in 2014 under the title Before Her Billionaires, but now has more than double the words, is fully re-edited, and has more of the men ;) . 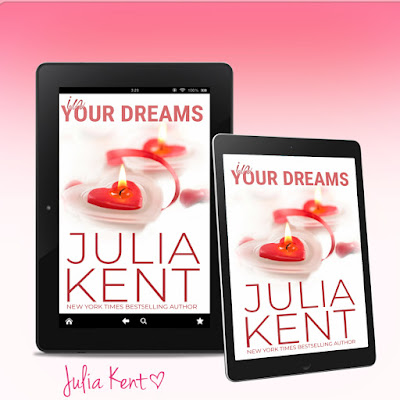 Other Books in Series: 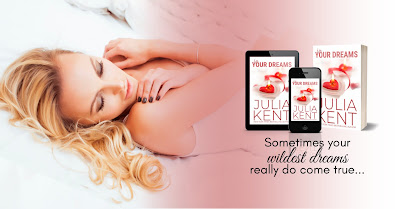 New York Times and USA Today bestselling author Julia Kent writes romantic comedy with an edge. Since 2013, she has sold more than 2 million books, with 5 New York Times bestsellers and more than 21 appearances on the USA Today bestseller list. Her books have been translated into French and German, with more titles releasing in the future in those languages, and in Italian as well.

From billionaires to BBWs to new adult rock stars, Julia finds a sensual, goofy joy in every contemporary romance she writes. Unlike Shannon from Shopping for a Billionaire, she did not meet her husband after dropping her phone in a men's room toilet (and he isn't a billionaire in a romantic comedy).

She lives in New England with her husband and three children in a household where she is the only person with the gene required to change empty toilet paper rolls.

“Where in the hell will we find another woman like Jill?” he mused out of the blue, making the couch shake slightly from Mike's physical reaction.

“Duh, dude. I mean a woman who'll want two guys at once.”

“Plenty of those.” He waggled his phone. “Sixty-seven messages.”

“How would you know?”

“You've been monitoring my account?” Mike said, voice going quiet and tense, which was worse than being chewed out.

“Of course I have, You needed a kick in the ass.”

Mike's eyebrow quirked up. “You realize three women said they were into that.”

“I don't want to date anyone.”

“I know you don't. But Jill's never coming back.”

“Because you act like Jill's the only person for us.”

“You think I don't know that?”

“Fuck you, Dylan. Every goddamned part of me knows full well Jill died. I was in that room with you, holding her as she took her last breath.”

Dylan touched Mike's shoulder. It was hard as a rock. “I know. We were a team. The three of us. And now we're two-thirds of a team.”

“Like a three-legged stool missing a piece. Everything's so... tilted.”

Dylan held his breath. It was the first glimpse into Mike's feelings. Whatever he did, he had to be careful. Getting Mike to open up was key. If he said the wrong thing, though, the guy would shut down. 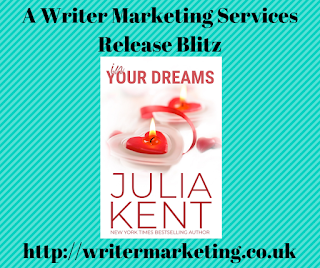