The Quantum of the Past: Redux! by Louis Corsair Virtual Book Tour 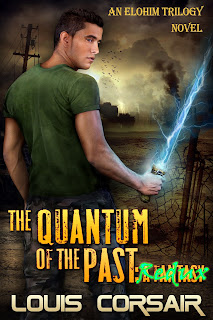 The Quantum of the Past: Redux!
An Elohim Trilogy Novel
Louis Corsair
Genre: Urban Fantasy / Dark Fantasy
Date of Publication: December 2020
ISBN: B08J5BGHV4
ASIN: B00IQX0WXI
Number of pages: 633
Word Count: 166,000 words
Cover Artist: Ravven Kitsune
Tagline: A mentally unstable army war veteran, Miles Trevor, seeks to redeem himself by helping a Sprite return to her magical home world and fulfill her destiny.
Book Description:
The Past that haunts Miles Trevor is relentless, with even its most fundamental fragment...
Iraq war veteran, Miles Trevor, has survivor's guilt after living through an insurgent attack that killed the rest of his platoon, but left him unharmed. Now, he wants nothing more than to return to the military and be a part of the mission once again. Yet, his mind is crumbling; he sometimes hallucinates, seeing the soldiers who died that day. With madness looming in the shadows, the army will never grant him his wish.
So, when the supernatural--in the form of a teen Sprite named Kendra--offers him a chance for redemption, he takes it. All the girl wants is to go home to a magical city called Lusphera to fulfill her holy destiny, and find out why her father wants to stop her.
But with Miles losing his grip on sanity, he may not be the best man for this task. In fact, he may be her biggest threat...
Amazon     BN     Smashwords

THE BATTLE OF THE RAVEN MOUNTAINS


As the questers and the nomads drew their weapons, the roars of the mountain lion clansmen stopped. And they could hear hushed movement everywhere, concealed by the darkness. This chilled Miles’ bones more than the night cold ever did.

And then the mountain lion clan dove out of the darkness and attacked and the wild men and questers fought them with apprehension, for they still thought them allies. And in the thick confusion, the puma-men in the host betrayed them; they leaped onto their former comrades and murdered anyone they attacked.

Another burst of mountain lion warriors attacked from the slopes above and from those below. They were in tight packs and tore apart anyone unfortunate enough to meet them alone, even the bear warriors. But the questers and the nomads caught on and began a hasty defense that mutated into a counter-attack.

Kendra flew high above them and summoned a ball of light as bright as a small sun and as large as her body. This allowed Zan and Draxel to use their power. The two Shadow Walkers were like gophers popping in and out of shadows, slashing the traitors to pieces.

And although Raza was of their same race, he fought unlike them. This warrior leaped from place to place, his agility equal to the puma and mountain lion men, piercing some with the spear, some with the pearl-handled knife; his every move economical, his every strike precise. And sometimes, when a difficult party faced him, he sank into the shadows with them and emerged later, but alone. How like a dancer he was then, the ancient Symphony of Conflict guiding his steps. He was a glory to behold--proud Achilles would fear this man!

The light helped the others as well. Trinath, son of Holgoth, held the Staff of the Waterborne over his head and it glowed like a star, which caused Kendra’s light to fire glowing spears that neutralized many enemies.

And the Tsörs unleashed their weapons. Through the air flew a Hrät here and there and they always caught some cat lunging and they kept their Hrüms in hand for any who dared come within arm’s length of them and the sickening tunks and chunks of sharpened metal on flesh and bone made these weapons red, red with death.

And Polk used the claymore for its edge and weight, chopping and piercing. Next to him, Lord Pharos used the advantage he had in the air and Thunderbolt whistled with calculated and nobler assaults that were no less deadly.

And the wolf-men howled with passion and created their own packs and they met puma and mountain lion clansmen and their ferocious battles were gory displays of tooth and claw as friendships and alliances were forgotten and survival of the fittest reigned.

Miles, Lord Pharos, and Hyman created a triple wall around Kendra when she descended. The captain shouted off more orders and the elk and deer men formed a circle around them with bears intermixed and it alarmed them to see how few were left. Fortunately, the holy sword released wall after wall of electricity that augmented the crack and thunder of Hyman’s pistol shots.

Together they held back wave after wave of the traitors. And then, as suddenly as the battle had begun, there came a hush.

“They won’t attack now,” said Hyman, his pistol in one hand and the silver saber in the other. “We destroyed their only advantage, surprise. But methinks it best if we leave this place.”

“The trees!” said Tsör Florentina. “We can retreat to the Woods of Uzra Doren.”

“Problem is we gotta reach dem,” said Polk, his claymore red and his makeshift armor showing off fresh dents and claw marks.

They started back down cautiously, in a giant circle of strength. The furious sounds of their footsteps were the only talk between them and their eyes were ever-vigilant, using what remained of Kendra’s light. And many wondered where the teeth and claws would come from and if they would be fast enough to stop them.

The most maddening aspect of this retreat was that the mountain lion and puma men began to feast on the fallen and on those too injured to move with the retreating army; the desperate pleas of the victims would become high pitched and then stop all at once. And the traitors were not shy about the sounds they made as they ate or about launching stripped bones onto the trail--this new carnage made some of the elk and deer men nervous and a few trembled and gave out calls of alarm. 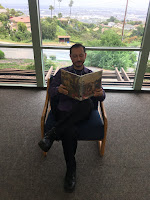 About the Author:
Louis Corsair is an eight-year veteran of the United States Army. Currently living in Los Angeles, California, he spends his time reading books, going on walks, writing, and enjoying the occasional visit to the beach—while trying to earn an honest buck. As a Los Angeles writer, he feels the weight of famous Los Angeles novelists, like Raymond Chandler, John Fante, Nina Revoyr, among others. 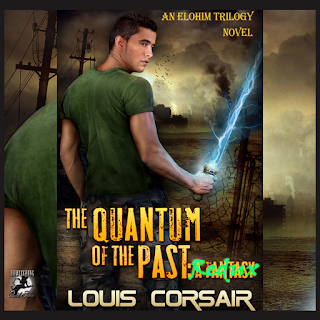