USA Today Bestselling Author Becca Fanning is proud to bring you this Reverse Harem Academy Romance serial, packed with all the action, intrigue and great chemistry you can handle! What is one man's fate against that of an entire kingdom?Should I feel guilt over what is to happen, even though I didn't render the verdict?It won't be my hand that swings the axe, but it will weigh on my soul nevertheless...unless something can be done!

Momma Says: 5 stars⭐⭐⭐⭐⭐
Fiona finds herself between a rock and a hard place once more and true to form, she's bound and determined to try to solve everything while protecting everyone around her. Of course, one thing leads to another until we get to the last page for one more shocker to hold us over until the next installment. There is a little more development between Fiona and part of her harem, but she's keeping a secret that could be a game-changer for at least one of them, and she's putting herself in danger trying to solve the problem on her own. It's hard to believe that we're 30 books into this serial. I'm thoroughly invested in these characters and their world. Even as I fume at Becca Fanning for her hair-raising cliffhangers, I'm impatiently waiting for the next installment. The whole serial has been full of suspense, danger, intrigue, and a building reverse harem romance. 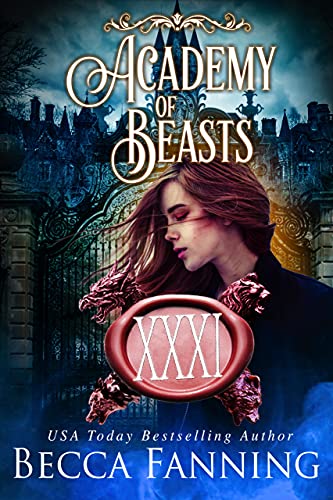 I went to the Witches for help: I don't care if people think I'm betraying my friends. Sometimes, in order to protect someone, you have to risk them hating you.But their help comes with a price, and before I know it, the Witches are calling in their favor.Am I so foolish that I would put the people I'm trying to protect into harm's way?Have I leapt over a hive of wasps just to land in a den of snakes?

Momma Says: 5 stars⭐⭐⭐⭐⭐
Secrets are revealed and not everyone is ready to forgive Fiona. It certainly doesn't help that she's brought in some unlikely allies. There have been hints at an even bigger secret, and I'll be interested to see how that all plays out. For now, a powerful enemy is on the loose and a part of Fiona's harem is at odds with the rest even as he needs them the most. Over the course of this serial, I've become quite attached to these characters, so when things get emotional, I get emotional for them. This installment was probably one of the most emotional for me with things affecting a favorite character. This is a continuing serial with each installment picking up where the last left us, so I would definitely recommend starting at the beginning. It's such an intriguing world that you can't help but get pulled in.