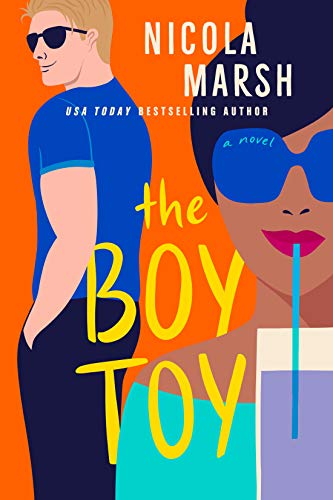 A woman ready to give up on love meets her match in a man she never expected to fall for in this heartwarming and steamy new romantic comedy by USA Today bestselling author Nicola Marsh.For almost a decade, successful 37-year-old Samira Broderick has used her bustling LA practice as an excuse to avoid a trip home to Australia. She still resents her meddling Indian mother for arranging her marriage to a man who didn't stick around when the going got tough, but now with a new job Down Under, she's finally ready to reconnect with her. And while she's there, a hot international fling might be just what she needs to get out of her recent funk. Aussie stuntman, Rory Radcliffe, has been hiding his stutter for years by avoiding speaking roles. When a job he can't refuse comes up as a reality show host, he knows he'll need some help for the audition: a dialect coach. But he finds himself at a loss for words when he discovers it's the same sexy woman with whom he just had a mind-blowing one-night stand... Samira can think of many reasons why Rory is completely wrong for her: he's ten years her junior, for one, and he's not Indian--something Samira's mother would never approve of. Even if things were to get serious, there's no reason to tell her mother...is there?

Momma Says: 3 stars⭐⭐⭐
It's an age gap romance for The Boy Toy, and if I had to sum it up in just one word, I'd say it's cute. The title, the cover, the premise, and most of the storyline - it's all cute. There is some drama, but it sort of comes and goes, and then it's back to the fun, entertaining parts of the book. Samira and Rory are only ten years apart, so it's not a shocking amount of time between them, and for a good portion of the book, they're just having fun with each other. The getting to know each other outside the bedroom came later. Of course, this is a romantic comedy, and as I mentioned, it's cute and fun. It does require some suspension of disbelief, but the pacing is good, and the characters are entertaining. Even the busybody, judgment-passing aunts had their quirks and reminded me that regardless of race or ethnicity, most of us have a couple of those meddling family members that drive us a bit crazy. All in all, this one is an amusing RomCom, and it's a pretty good choice for a weekend read.