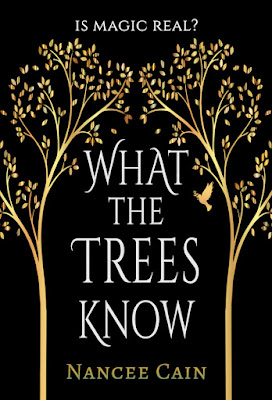 Jed doesn’t think so. Forced to live with his grandmother after the death of his parents, he’s mad at the world. He doesn’t believe in God, much less the folk magic his grandmother practices in the isolated mountains of Appalachia. He doesn’t fit in, and anger simmers within him, ready to explode.

Then Skylar arrives—a girl who’s experienced evil firsthand. Though lost in silence, she forges a connection with Jed, his grandmother, and the neighbors who come for potions and spells. Even without a voice, she embraces her new life.

Eventually Jed flees, but not for the right reasons. And his insides still burn with rage, leaving him hollow and even more unhappy—until the day he feels compelled to return home.

Skylar understands why Jed has returned. It has nothing to do with her summoning spell. He’s come home to heal. She’s known for being a healer and can consume his sins so he can find peace. But the only way she knows how requires death…

The trees shiver. They know, too. They always do.

Momma Says: 5 stars⭐⭐⭐⭐⭐
From the first book I read by Nancee Cain, I've been a fan, and every time I read another one, I'm convinced it's the best one. Well, she's gone and done it again, and I was hooked from the very first page. That's nothing less than I expected, but what I didn't expect (and I should have) was just how real everything felt. Even the magic and superstition - it's all so well done that every part of the story just comes to life. This one certainly comes with its share of secrets, which is why I've been deliberately vague, but I will say that I was hanging on every word, waiting to learn all those secrets. It's a story of magic and superstition, fear of things we don't understand, acceptance of who we are, love, loss, and family. The story is equal parts gripping and engaging, and the characters feel so real they practically leap off the page. What the Trees Know is romance, paranormal, and suspense. It has just the right atmosphere for fall and with just a touch of creepy, it's perfect for the season. If you don't read another seasonal book for Fall/Halloween, read this one. You won't regret it. 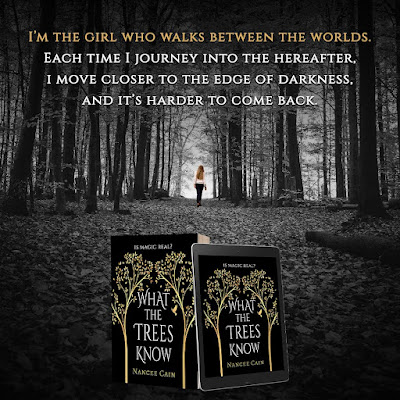 Nancee is a retired addiction counselor & nurse who worked to support her coffee and reading habit. A terrible insomniac, her nights are spent writing paranormal and contemporary romances with a serrated edge. She puts the fun in dysfunctional and is a known book hoarder.