It’s the most wonderful time of the year! And, no, I don’t mean Christmas. Halloween is my absolute favorite holiday! I love the spooky shivers that accompany ghosts, graveyards, Jack-o’-lanterns, cobwebs, and haunted houses. As a young girl, I remember clearly how much I looked forward to dressing up in costumes too—and back then we had those horrible plastic masks that covered our entire faces, held on by elastic cord, with slits for eyes and mouth.

One year I recruited my younger sister’s assistance and made a DIY haunted house for my younger brothers. We transformed our bathroom into a terrifying experience (in my young mind anyway). Peeled grapes were “eyeballs” and cooked pasta “intestines.”

Once I had them thoroughly creeped out, my sister, hiding in the bathtub with a flashlight, all in black and with my pretty decent makeup job transforming her into a ghastly entity, lit the flashlight below her face and yelled, “Boo!” My brothers screamed and I got in big trouble. I considered it a huge success.  In middle school, I was allowed to host a party for friends and that remains one of my favorite Halloween memories. I dressed as a Southern belle, complete with a real hoopskirt (from goodness knows where!) and a fancy frock that would have made Scarlet O’Hara’s green eyes flash with envy. I swirled around the house serving witch’s brew and Halloween Jell-O cake (recipes below) while Halloween music played in the background.

Later in high school, my parents had moved, and our new house had a barn in the back. I made invitations and went all out with decorations in the barn, lining the walls with haystacks to sit on. Friends arrived and we primarily sat and chatted and ate snacks I’d put together while listening to music.

My dad crept across the backyard to the barn with his old chainsaw, blade removed, intent on truly scaring us by running through the darkened barn like something out of The Texas Chainsaw Massacre. Sadly, the chainsaw never fired up, though perhaps this was for the best.
These days, I dress up and enjoy the evening but rarely even see Trick-or-Treaters. I miss the thrill of Halloweens gone by but channel my love of all things supernatural into my book series. Happy Halloween!! 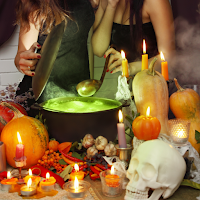 Witch’s Brew Recipe
1 quart of lime sherbet
2-liter bottle of 7-Up, Sprite, or Ginger Ale
Optional: one can of pineapple juice + ¼ cup lime juice
Mix together the lime sherbet and soda of your choice just before serving. Watch the brew froth and foam! You can add juice to your liking and even add some dry ice chips if you really want to set a creepy mood. 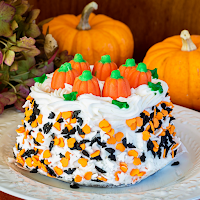 Halloween Jell-O Cake Recipe
1 white cake mix
1 cup boiling water
1 pkg Jell-O gelatin (orange, grape, or both)
½ cup cold water
1 tub Cool Whip
Food coloring and sprinkles if desired
—Bake the cake as directed on the box. Cool for at least 15 minutes. Use a large fork to poke holes throughout the cooled cake.
—Add the boiling water to the gelatin. (My mom used both orange and grape to marble the colors but you can opt for only orange or whatever you prefer.) Stir until dissolved. Add the cold water and pour over the cake. Refrigerate for 3 hours.
—Use food coloring to tint Cool Whip if desired and then spread over cake. Refrigerate another hour and decorate with sprinkles as desired just before serving. 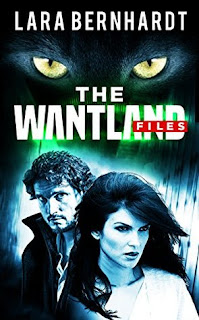 The frigid blast hit her, not a tidal wave crashing over her, but an iceberg, solid and powerful. And furious.

The icy shock took her breath away. She gasped.

The entity dropped from above and sailed past, blowing her hair behind her.
Strong, warm hands grasped her arms, intent on steadying her. She shook free as Drew screamed.

“I told you to stay with the boy!” She crossed the room in three steps and knelt beside the toddler bed.

Drew no longer sat in the corner.

“Stay in your room,” she commanded as forcefully as she could with lungs chilled by the dark entity. “Stay with your baby!”

Her fingers trembled as she searched the bed. Every square inch of the miniature thing. Her chilled hands were not so numb that they would miss a toddler’s body. Where was he?

Frantic and scared, she lost control of her extrasensory perceptions. She stopped running her hands over the bed and held still. Clutching her crystal, she breathed deeply. Where was the entity? Where was the boy?

About the Author:
Lara Bernhardt is a Pushcart-nominated writer, editor, and audiobook narrator. She is Editor-in-Chief of Balkan Press and also publishes a literary magazine, Conclave. Twice a finalist for the Oklahoma Book Award for Best Fiction, she writes supernatural suspense and women’s fiction.
You can follow her on all the socials @larawells1 on Twitter and @larabern10 on Facebook, BookBub, and Instagram.
www.larabernhardt.com
https://twitter.com/lara_wells1
https://www.facebook.com/larabern10
https://www.bookbub.com/profile/lara-bernhardt
https://www.goodreads.com/author/show/16308048.Lara_Bernhardt 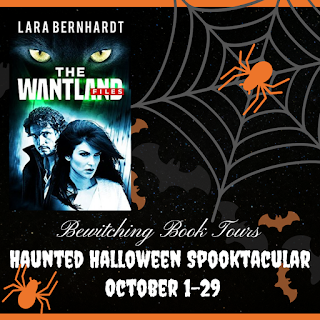 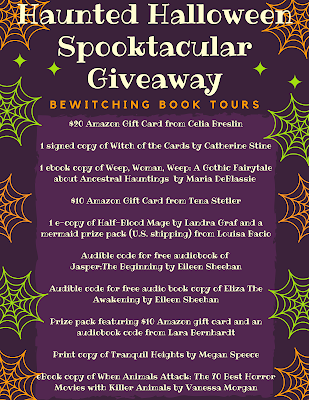