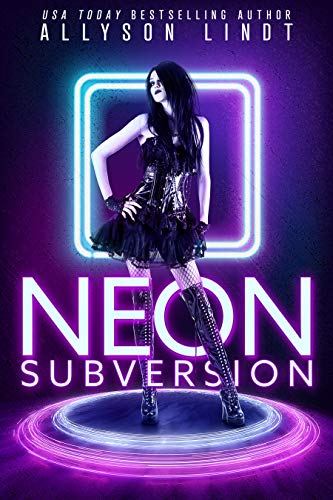 The gods exist. And they want me dead.I was trained as an assassin for some of the oldest names in mythology, and Hel was my taskmaster. But when one of our own took her out, it was decreed our lives would be the sacrifice that would resurrect her.Screw that.Fortunately, I’ve made some influential and supernatural friends over the years, including Freyr, a god of sex and love, and Fenris, a wolf shifter with a heavenly heritage. They share my strong distaste for the other gods. They also own NEON, the hottest burlesque club in the Underground, and want me to be their new opening act.Will that put me right in the public eye, and tell the gods hunting me exactly where I am?Freyr, Fen, and I hope so.As long as I get to my hunters before they get to me.Author's Note: NEON is its own series in Allyson Lindt's Valkyrie universe. You can take your first step into this world here. However, this series does contain spoilers for the Valkyrie's Legacy series by Allyson Lindt.

Momma Says: 5 stars⭐⭐⭐⭐⭐
Whenever I open an Allyson Lindt book, I count on certain things - terrific characters that feel real even when they're fantastical, oh so sexy chemistry between those characters no matter how many are involved, world-building done organically throughout the story and done so well, I can picture it, and a story that keeps me turning the pages long past bedtime. Boy, oh boy, did she give me all of that and more in Subversion! I love Norse mythology, and the premise here is so much fun. Then there's the friends with benefits relationship with Fenrir and Freyr - and hello...It's Allyson Lindt, so it's hot, hot, hot. What it all comes down to is this first in the Neon series is full of everything I want in Urban Fantasy and then some. The story is engaging, the characters practically leap off the page, and the dialogue is witty. It's a great combination of action, steam, and intrigue.