Series: Foreign to You, Book Two

A year after Finn Hail stabbed a god, Marshall Luth is plagued with visions of a future bathed in blood and fire. Haunted by hallucinations, Marshall is thrust into the battle to save Norsewood.

Adelaide, vowing to cull humanity and save the Forest, marches the fianna to war. Yet the Maiden herself is slowly unraveling as the feral’s curse consumes her.

As the Foreign to You duology comes to an end, humans and fianna will clash, death will rule, and a familiar devil will ascend a throne once made for a god.

The Tales So Far…

In the Forest live the fianna. Deer that become human when the seasons change. Some fianna get stuck between forms in the midst of their shifting and become ferals. These creatures kill for the opportunity to ease a fraction of their constant suffering. Legend has it that whenever the feral threat swells, the Maiden, with snow-white fur, is born. Said to be the precious daughter of the Stag, the deity of the fianna, the Maiden is meant to cure the ferals of their illness and bring peace back to the Forest.

Finn Hail is a hunter of Norsewood, a vocation deemed unsavory by the citizens, and is tasked with entering the Forest to kill ferals that wander too close to human territory. Standing alongside him is Jay Alder, Finn’s childhood best friend.

Finn is caught within the fold of the hunters, due to his father. The lead hunter, Garth, threatens to kill Finn’s father, Niall, and unveil his secret unless Finn obeys his commands. Finn knows that if the town would hear of Niall hiding the body of his lover, Finn’s mother, in their basement, his unhinged father would be put to death.

Meanwhile, in the Forest, the Maiden is born. Becoming human for the first time, Adelaide is attacked by a feral. During the assault, Adelaide saves the feral and turns it back into a fianna who she knows by the name of Caleb. He leads her back to the fianna village, a settlement gifted to the fianna by the humans, where she meets another familiar face, Anna, who is the mate of Caleb.

After a massive invasion from the ferals, Adelaide and her people are forced to flee from the Forest and seek solace in the human town. During this attack, Finn and Jay are caught within the fianna village, trying to quell the threat. Unfortunately, after receiving a wound to his gut by a feral, Jay dies.

Back in Norsewood, Adelaide is told by the human council that her people will be protected as long as she continues her pilgrimage to find her god. But she must be accompanied by a hunter. Finn, reeling from the loss of Jay, is forced by Garth to aid Adelaide into the Forest. Garth holds Jay’s corpse hostage, using the myth Niall believes in against Finn: that the blood of the Stag, the fianna deity, could cure any illness. Even death.

Thus, Adelaide and Finn work together to find the Stag. After the duo captures a feral and changes him back into a human, Finn recognizes the man as someone who was hanged for his crimes years ago. Before they can take the man back to town, he is killed by the ruthless Hazel Golding, an infamous huntress who has a mysterious fixation on Finn.

One night, Adelaide follows a trail of lilies out of the human town and happens upon a clearing filled with glowing lilies and a girl who looks just like her. Before the mysterious girl stabs her, she gives Adelaide cryptic messages. Later, Finn sees a white doe being chased by ferals through the Forest. Assuming it is Adelaide, Finn chases after her but is soon overwhelmed by the creatures hunting Adelaide. A boy from Norsewood rescues the two with surprising skill with his bow. Finn recognizes him as Marshall Luth, a boy whose father passed not too long ago.

They continue their quest and discover another town deep within the Forest. There, Adelaide shifts into a doe and calls upon her god. The Stag appears before Adelaide, attempting to lead the Maiden back into the Forest. Finn, desiring the Stag’s miraculous blood, shoots and seemingly kills the god of the Forest.

When Adelaide wakes up, Finn tells her the Stag found them and offered up his blood as a cure to the ferals. Finn gives her half of the blood he received from the god, and the two part ways.

Back in town, Adelaide witnesses her protector and friend Caleb turning into a feral and killing humans within Norsewood. Anna, attempting to stop her mate, is killed by Caleb. Adelaide, acting on a promise she made days before, ends Caleb’s life so he will no longer suffer. Amidst her suffering, Adelaide attempts to take her own life, but fails.

Finn returns to the hunter’s lodge, hoping to find where Jay’s body has been hidden. Upon his arrival, Garth attacks Finn to gain the blood, belittling the boy for believing in fairy tales while confessing the body of Jay Alder has been burned. Niall, not in defense of his son, kills Garth and demands Finn give him the blood of the Forest god. Feeling betrayed by his own father, Finn throws the blood to the ground, destroying his father’s last hopes of resurrecting his love.

The human council decrees after the attack done by Caleb that all fianna are to be treated as traitors to humanity and are exiled to the infested Forest. Adelaide and Finn are taken with the rest of the fianna into the Forest where a horde of ferals awaits, killing hunters and fianna equally. Adelaide, Finn, and Marshall flee from the chaos and find the home of the Stag, the grove. There, Adelaide and Finn are confronted with the truth of their pasts by their god. They are the first fianna (The Maiden) and the first human (The First Hunter) to have ever been created, both being reborn over and over as punishment for the sins and love for one another in their first life. All souls within their world are caught on a cycle of life and rebirth. The Stag tells Finn that Jay was implemented within his cycles to pull Finn away from Adelaide so that she would eventually return home to him. The Stag was displeased with Man because it was not fully his own creation, but from the aid of Nature and the tree in the grove.

Finn, enraged at the schemes of the Stag, takes a knife and plunges it into the god’s heart. The ground cracks beneath them and they both disappear. Adelaide and Marshall flee the Forest as trees fall and the earth shakes. There, Adelaide looks upon her arm to see black veins. Signs of turning feral. She declares to Marshall that a war will be waged, one between the humans and the fianna, and she disappears back into the trees.

And so, a year has passed since the god of the Forest was killed by the First Hunter… 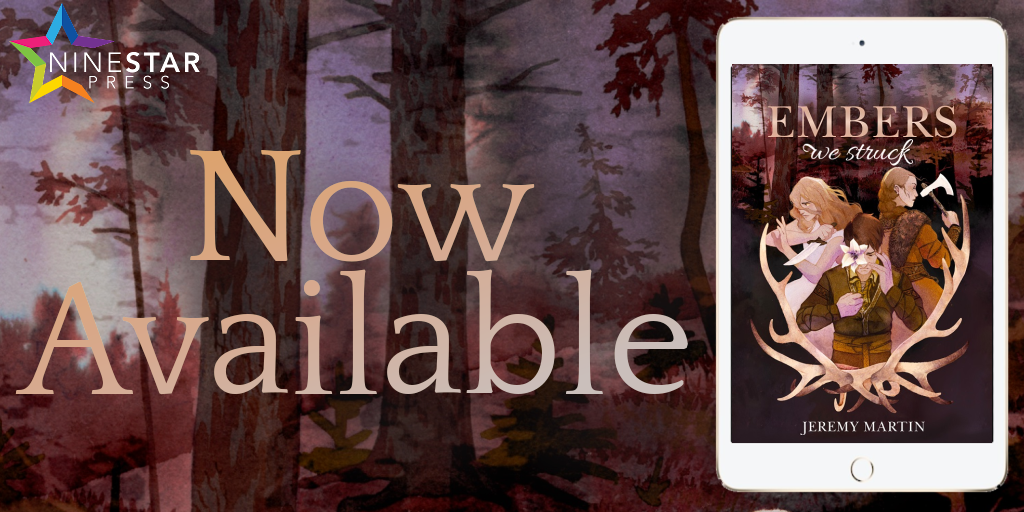 Jeremy Martin, born and raised in Lancaster County Pennsylvania, considers himself to be a part-time writer and a full-time mess. If he isn’t nose-deep in a book, he’s obsessively playing video games, re-watching The Office for the umpteenth time, or lost in nature. Foreign to You is his debut novel.