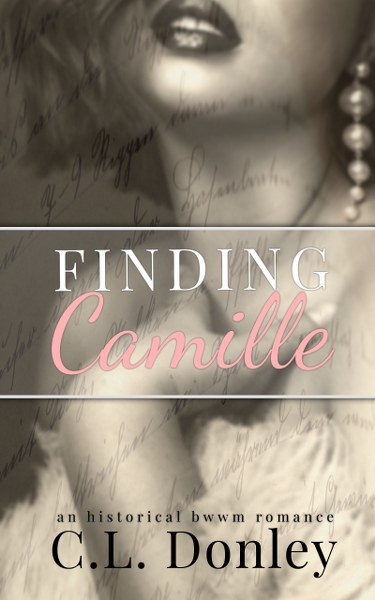 It's ten years after the end of WWII when Camille Winters accepts a position as the only colored secretary in the office at Hargrove and Chase, an advertising agency on Madison Avenue in the mid-1950's. When the owner and senior partner Kenneth Hargrove takes a professional liking to Camille after seeing her potential, Camille thinks she's finally found her niche, vindicated after pursuing her career rather than settling down. Mr. Hargrove uses his influence to find an old acquaintance from the war as a favor to Camille. But instead of the gesture bringing closure, the ghosts from the past suddenly come back to haunt her, putting her hard-won successful career in jeopardy.

After three months Camille still hadn’t run into Mr. Hargrove again since they met at Cadillac.

She sometimes heard him around the office giving Christy orders, or respectfully addressing the other girls as they walked by. He was usually walking into his office with clients, or out with them from the conference room.

Camille observed him differently now. At Cadillac, he was imposing and important. At Hargrove and Chase it was the same, but only internally.

She seldom laid eyes on him. When she did, it always sent her a rush. Right before she turned and went the other way.

He was the highest-profile boss she’d ever passively worked for. A giant in the industry, picking up where his legendary father had left off after 25 years in the business.

He stayed at arm’s length with most of the office, a slight exception for the department that was the most responsible for keeping the lights on: creative. Even then, sharing the same space with them was reserved for account business or some morale-building attempt to get the copywriters to bust their balls without thinking to ask for a raise.

So far, he hadn’t addressed her. If for some reason he managed to be in the same part of the building at the same time, Camille found another route. If she couldn’t do that, she kept her head down and refused to be seen.

She wasn’t actively trying to avoid him, but some part of her felt slighted. She assumed that he’d procured her from her previous assignment because he’d been jealous for her to do some similar work for him.

Though she was grateful for the challenge, her current assignment resembled the one at Cadillac very little. So she was at a loss. It seemed as though he’d taken her away from a far more lively environment to stow away in one of his closets.

She’d long settled in and was starting to doubt the fate that even brought her. It was as though she’d imagined ever meeting him. She was beginning to hatch a plot to somehow sneak into personnel and see what she could find out for herself.

Until the day she felt his tall lingering presence darken her doorway.

Slow and deliberate he moved across the hall, like a Thanksgiving parade balloon patiently headed down Broadway. The smell of wealth wafted closely behind and her brain was in the midst of knowing as soon as her gaze had too quickly raised to automatically meet his.

She didn’t remember him being so towering the first time she saw him on a lazy Sunday with his family. Or so young. He practically took up the entire door frame. And it dawned on her that it was strange for him to already be the head of such a company when he wasn’t much older than her.

She had no time to take in the immaculate cut of his brown tweed suit and vest, a hand pulling back one edge of his suit coat like a curtain as he reached slowly into his pocket.

Her eyes shot down as she rose slowly out of her chair, as slow as she could manage. She’d done everything but curtsy.

“The infamous Miss Winters, I presume.”

Presume? Did he not remember her?

“If you’re looking for Miss Caldwell, I believe she’s having lunch at The Tea Pot this afternoon.”

“Actually, I was looking for you, Miss Winters.”

She raised her eyes and nodded casually. “Of course.”

He gave her a tentative, diplomatic smile.

“Forgive my rudeness, taking so long to finally greet you formally. How are you liking it here?”

“Everyone treating you well?”

“I’m asking sincerely,” he said in a secretive way. Intimate. Beyond the implications of her race or gender, as though she were an old friend.

No wonder his only job was to tell clients how brilliant they are for bringing their business here.

“Everyone has been stellar, sir. Thank you.”

“That’s good. I want you to let me know personally if anyone is giving you trouble here, Miss Winters, is that understood?”

“Mrs. Chase told me the same.”

“Did she now?” he replied, amused.

“Well. I will let you choose your own allies, Miss Winters.”

“I’d prefer to come to you, sir. If it’s all the same,” Camille grinned.

Another eternity stretched between them and Mr. Hargrove took a breath. “Good. Miss Caldwell has been singing your praises since you started, and she’s not alone. Keep up the good work.”

She held back another smile. “Thank you. Mr. Hargrove.”

He was about to walk away when she caught his attention. “Sir…”

He addressed her, somewhat startled. His crystal blue eyes were attentive, every dark brown hair perfectly in place. She swallowed.

“Forgive me, I couldn’t help but wonder… how you and the family are enjoying the Cadillac. Sir.”

“Very much,” he chuckled.

“I’ll have to pass it on to my former colleagues.”

“No need. Wayne is a friend of mine.”

Luckily anyone who could’ve been watching had been doing so from the other side of the door. But it wouldn’t have mattered anyway. She never noticed Mr. Hargrove stop at anyone’s door in the short months she’d been there, and it must’ve been just as rare to the office.

Casual conversation with Camille Winters all but stopped after that day. She couldn’t guess the nature of the sudden change in regard, but she supposed it was inevitable. It was the way of every office she’d ever worked in. But inwardly she was glad of it. 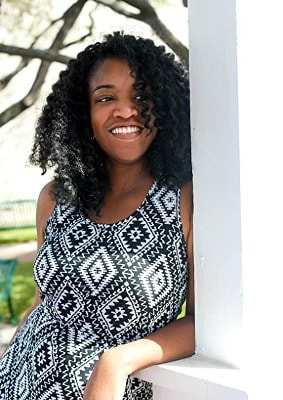 C.L. Donley is a future New York Times and USA Today Bestselling Author of multicultural and interracial romance, who believes romance novels that are impossible to put down are the only kind that should exist! Armed with a B.A. in English and M.A. in Writing, she is new to the romance game, having written her first novel, Amara's Calling, after discovering the romance genre in September 2017. Donley writes in a style she calls "romantic realism" that is sophisticated yet simple, grounded yet unaplogetically escapist, and character-driven rather than plot-driven. This style creates a unique, modern reading experience ideal for book club discussions, personal epiphanies, satisfying re-reads, and the occasional spiraling reviewer! Love it or hate it, fans and critics alike can't deny her talent, and always find themselves coming back for more!

Paperback or ebook of choice from author,