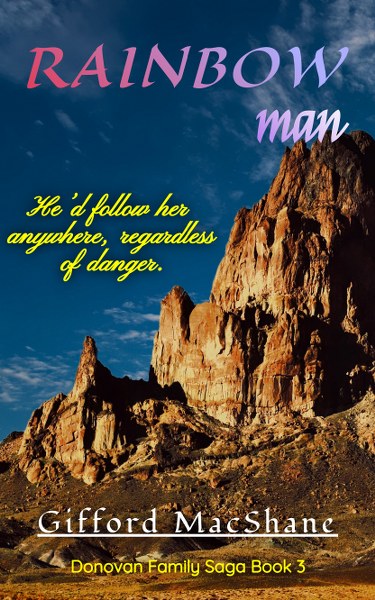 Returning from a trip to southern Arizona, Alec Twelve Trees is arrested and beaten by a rogue US Cavalry patrol.

Alec is half Navajo, and this act of blatant racism invokes the ire not only of his father, but of the entire village of White‘s Station. While the town‘s leading citizens try to convince the Army it’s not needed there, Alec is nursed back to health by Irene Donovan.

Eighteen-year-old Irene is a gifted herbalist. Overindulged by her father and seven older brothers, Irene often lets her willfulness trump her better nature. But Alec understands her: he’s been her best friend since their school days, and loved her almost as long. He’s never revealed his feelings to her, certain her family will not accept him.

Alec refuses to press charges against the soldiers who beat him, but Irene begs him to reconsider. Alec honors her wishes, and realizes he is powerless to escape her charms, even though he believes she will never give him the love he craves.

When a parade of suitors come through her father’s door, Alec’s agony is sometimes overwhelming. At the same time, Irene’s frivolous nature rears its ugly head again. She escapes one hazard with her honor just barely intact. And when danger threatens both of them, Alec must decide if he will risk his life to save hers, or spend a few last happy days in her arms.

Perched on a railing of the porch at the Trading Post, Adam Donovan looked out on a day he considered more suited to spring than early autumn. The smoke from his cigarette curled around his fingers, the still, sultry air weighing it down. The wide street was relatively quiet―the farmers and ranchers had taken their children and purchases home, the cowboys not yet arrived to celebrate the evening.

To the south, he spied the dust clouds raised by a U. S. Cavalry patrol as it filed slowly into town. As they came near, his brows drew together, his eyes darkened. He threw down his cigarette and stepped off the porch in one stride, directly into the path of the oncoming horses.

The patrol leader pulled his pony up roughly. “Whaddya think yer doin’? Get outa the way!”

“Get off that horse,” Donovan growled.

“Who d’ya think―?” Before he could finish, the sergeant lay in the dust, staring up the barrel of a Colt .45.

“You goddam horse thief! You’re lucky I don’t kill you!” Adam fought to control his voice as he wrapped the horse’s reins around his hand. But the rage in his bright blue eyes spoke volumes. “I’ve had enough of you―all of you. We don’t need you here and we don’t want you here.” Again the rumbling in his throat, like a big cat’s warning. “Get out!”

The sergeant was smart enough not to argue―Donovan had a reputation only a fool would ignore. His face screwed up in terror, the soldier scrambled to his feet and ran; his troop scurried behind him. Wearily, Adam sheathed his gun and turned to the young man they had abandoned.

Tall and proud, he stood swaying with every breath. His hands were tied in front of him, the ropes cutting cruelly into his wrists. He wore only the flared black trousers of the vaquero; his dusky skin was covered with dirt and grass, his feet bare and gray with dust, his long black hair dull against his shoulders.

“I had two more horses.” His voice was deep and guttural with the accent of his father, an accent he usually had the energy to overcome. “With packs. My grandfather’s things.”

“It’s a long story.” The young man held out his hands. “There’s a knife in those saddlebags.”

The broad hint brought a smile to Adam’s face. He dug into the bags the pony wore and found a long knife in a buckskin sheath, identical to the one his brother Daniel carried in his boot. As Adam drew it out, it gleamed wickedly in the sunlight.

“You trust me with this?” he asked. He was answered with a small grunt. “OK, but you’d better stand still.”

As the pieces of rope fell into the dust, Alec’s hands fell limply to his sides. A moment later, he pulled them up against his chest and groaned.

“What happened, boy?” Adam asked. Black eyes narrowed and snapped at him, their expression so fierce he took an involuntary step back. “What’s wrong?”

Slowly those eyes lost their hatred. “I’m sorry. That damned sergeant... he’s been calling me ‘boy’ for the past two days.”

A lopsided grin spread across Adam’s face. He was thirty-five and his father still called him boy-o. But he understood. He reached out to tap the younger man on the shoulder. “Sorry.”

Alec flinched at his touch. Adam brushed the hair back from his shoulder, saw the dark bruise that lay almost hidden by dust and dirt. Then looked closer and found that the bruises didn’t end there, but covered his back and arms, purpled and painful. He controlled his voice with difficulty. “They think you were someone else?”

“They knew. I guess they figured any old Indian would do.”

The young man stumbled on his first step and Adam reached for his arm, lent enough support to keep him upright, and walked with him up the quiet street. If he were anyone else in this town, I’d just pick him up and carry him. But he’d never stand for it. Any more than I would. Pride is what we’ve got―maybe too much of it for our own good. Yet it’s possibly the only thing that’s kept him going. It’s sure as hell the only thing keeping him on his feet. 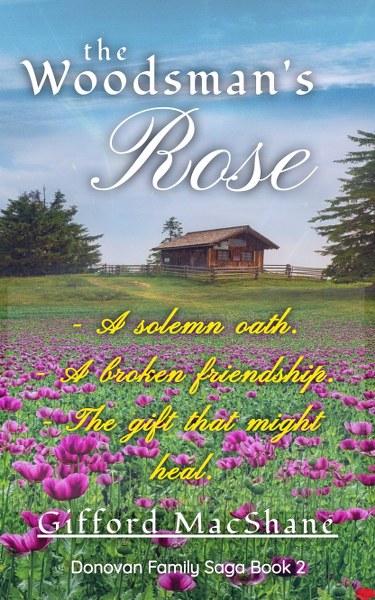 1880s Arizona: Daniel Donovan wants nothing more than to get married, unless it's to restore his friendship with his closest friend, Alec Twelve Trees.

Alec is raging about his mother's murderer, whose identity Daniel knows but will not reveal, as the killer is dead and the family he left behind would be compromised if the knowledge became public. But Alec cannot recognize any needs but his own, and the rift between the friends grows wider every day.

Daniel's fiancée, Annie, is a delicate girl, her health frail and her future uncertain. Prone to vicious headaches that at times rock her to her knees, she's accepted Daniel's ring but is hesitant to name their wedding date, worried that marriage and possible pregnancy will exacerbate her physical problems.

Annie inherited the gift of insight from her Welsh mother and digs into the past, searching for a way to help Alec and Daniel mend their relationship. But when she discovers the secret behind the murder, it's more horrifying than she could have imagined.

It may take more than Annie's small strength and inherited skills to bring the friends together again. And that's before a new enemy shows his face. 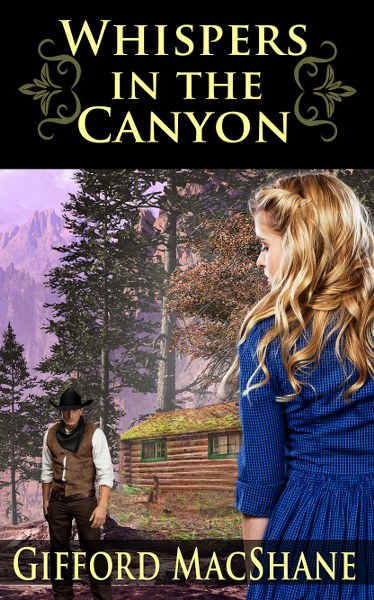 Whispers in the Canyon

When Jesse Travers' father dies, he leaves her with a bankrupt ranch and a deep well of distrust.

Shunned by the village for her outlaw brother's deeds, Jesse is not sorry to hear he's been killed while robbing a bank. Strangely enough, it's the man who shot him who brings her the news. Even more strange is this latecomer's willingness to help her put her ranch back on solid footing. Lacking any other options and loving her canyon home, Jesse overcomes her trepidation and accepts his help.

Irish immigrant Adam Donovan inherited the gift of empathy from his Celtic forebears, and it's not long before he ferrets out Jesse's secret: she's been deeply traumatized by abuse.

As they work together to improve her ranch, Jesse begins to trust Adam and feels the first stirrings of
love―an experience she's never known before. Then, as if to tell her she is unworthy of happiness, her
past rises up with a vengeance and she is left with a terrible choice: retreat to a life of solitude and
shame, or reveal her tragic secret in the minuscule hope of saving her relationship with Adam Donovan. 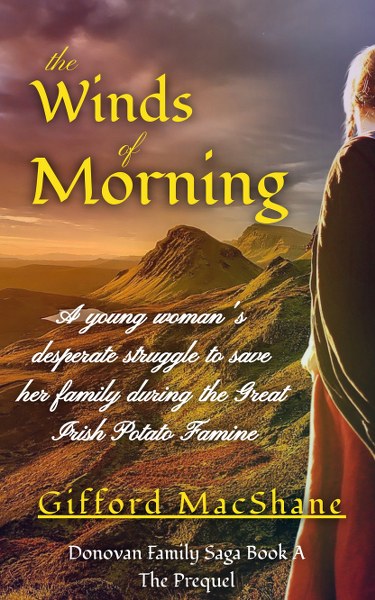 The Winds of Morning

1848: the third year the potato crop failed in Ireland. The Protestant landlords had absconded back to Britain, leaving the Catholic peasants to fend for themselves, while the government allowed the export of tens of thousands of tons of Irish food daily.

With two younger brothers to feed, Molly O'Brien took her father's place on the road gang, building a road that ran from her tiny village to the river and no farther. Yet sixteen hours of labor a day would not garner enough wages to even buy bread for her family.

She was beyond despair. Beyond prayer. And so far beyond the tenets of her childhood that she'd decided to offer her body to the first man with the price of a loaf of bread. At that moment, a voice behind her spoke... 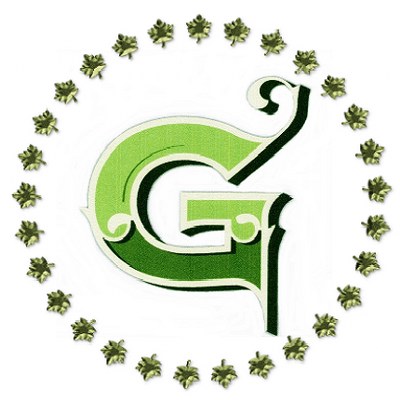 Gifford MacShane is the author of historical fiction that celebrates the resilience of the human spirit. Her novels feature a family of Irish immigrants who settle in the Arizona Territory. With an accessible literary style, MacShane draws out her characters' hidden flaws and strengths as they grapple with physical and emotional conflicts.

Singing almost before she could talk, MacShane always loved folk music, whether Irish, Appalachian, or the songs of cowboys. Her love of the Old West goes back to childhood, when her father introduced her to Zane Grey. She became interested in Irish history after realizing her ancestors had lived through the Great Potato Famine. She’s combined these three interests into a series of romances, each with traditional song lyrics and a dash of Celtic mysticism.

The DONOVAN FAMILY SAGA includes WHISPERS IN THE CANYON (Book 1), THE WOODSMAN’S ROSE (Book 2), and THE WINDS OF MORNING, a prequel novella requested by her fans. Book 4, RAINBOW MAN, was published on 10/18/21.

MacShane is a member of the Historical Novel Society and is an #OwnVoices writer. An avid gardener, Giff cultivates pollinator plants and grows tomatoes (not enough) and zucchini (too much). A self-professed grammar nerd, Giff currently lives in Pennsylvania with her husband Richard, the Pied Piper of stray cats.