The Dominion Defiant Tour and Giveaway 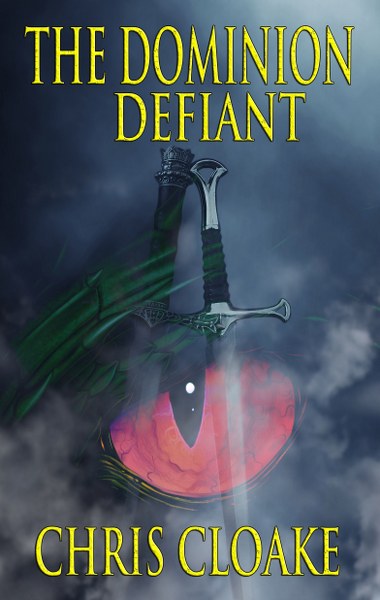 An ancient adversary in the east seeks to invade Ordefima and claim the treasures it holds.
When his beloved sister is captured, Rupert, the youngest son of the ruling family, is sent to save her. As the power of the enemy increases, can he overcome personal tragedy, emotional entanglements and lost allegiances to emerge as the hero? Or will subversive forces and increasing austerity inspire the people to rebel against him?
The Dominion - Defiant is the second book in the fantasy trilogy. If you like epic adventure, dark brooding menace, vivid characters and imaginative settings, then you’ll love this latest instalment by popular author Chris Cloake.
Buy The Dominion - Defiant today and immerse yourself in a mythical new world.

“Make speed, with my blessing,” Leopold said to Rupert as they stood beside his loaded wagon.

“I’ll do my best,” Rupert replied, with a grimace.

A small and curious crowd had gathered to watch this strange scene outside the Court. Jankin sat with the reins of the horses held tightly in his leather gloved hands. Two sentinels were perched in the back along with the supplies. Word of Socha’s capture and probable destination had permeated through the Town with a mixture of anger and fear that would have to be addressed by the Marquis in his address that afternoon. For now they were hushed, in awe of the courageous Master setting out once again to face the ancient foe to the east.

“Bring my little girl back to me,” Leopold pleaded, sniffing to suppress a tear.

Rupert put two firm hands on the wheel of the cart as if he were testing its strength. “I have to, father,” he said, staring at the ground. “The thought of any other conclusion is unbearable.”

“Indeed. You have lost too much already this year. I know you will do everything to help her.”

Rupert pulled her handkerchief from his pocket and caressed the lacy fabric. “I still have this. It kept me safe last time on the Waolings. I will keep it close to my heart and hope to be guided to her quickly.”

Leopold patted his son on the arm. A glance up to Jankin revealed a stony face set forward on the road ahead. He kept himself locked away, never comfortable with the emotion required for impassioned farewells. He had sent Hetty home for making too much of a fuss.

“I’m sorry your mother can’t be here. I’m afraid all this has left her rather dizzy.”

“She’s better off staying in the warm. We chatted last night. Get Meava to talk to her if she frets.”

“And you’ll send word to Isodor?”

“Yes. Though I fear he has travelled too far to make a hasty return.”

Rupert forced a smile. “I must get on. When we next meet we will both be happier.”

They exchanged a nod and Rupert hauled himself up onto the wagon.

“Nowhere else to go,” Rupert said.

They set off with an eager lurch and a rattle, swinging round in front of the people. Rupert doffed his fur hat. Falcon, who had come out to see his friend off, punched the cold air.

“Good luck to brave Rupert,” he shouted, rabble-rousing those present and leading them on to a loud cheer as the cart disappeared out of sight towards the Highgreen Gates. 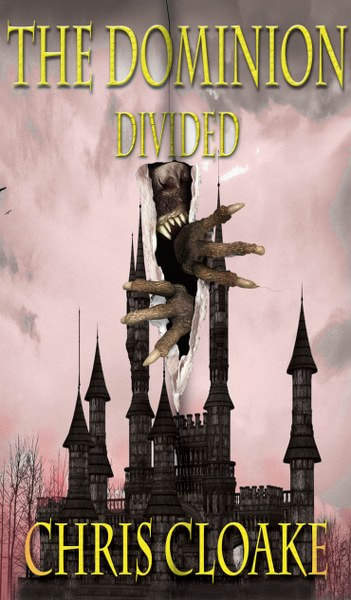 Seventeen centuries of peace in Ordefima are shattered by a violent attack by an unknown assailant. Could a mythical enemy have returned? Does the danger come from within? As the ruling family fragments, Rupert, youngest son of the Marquis, is torn between the increasing demands of duty and saving his failing marriage. As all that he loves comes under threat, he must embark on dangerous challenges in a quest for answers. Can he succeed in the face of doubt or will unthinkable horrors be unleashed upon a land unprepared for change? The Dominion – Divided is the first book in a fantasy trilogy by Chris Cloake. For those who love deep emotion, colourful locations, perilous predicaments and mystifying menace, this book is for you. Enter the world of The Dominion and set out on a profound journey of discovery.

Inside, the yellowy parchments were etched with ink that was mostly black but revealed

traces of blue. Flecks of dust obeyed some ancient dance as he leafed through. When

he drew in a large breath it was clear he had found the text they needed. He leaned

forward, raised the spectacles that hung around his long neck, and recounted the

enduring words written so carefully by the hand of their oldest known ancestor, each

sentence setting truth off on a winding journey to an uncertain future.

houses that the leaders’ master plan was most severely challenged by an enemy from without. For in every swamp there will lay danger. The people learned the meaning of fear in the claws and teeth of the beast and named them Gharids.”

It was decided that weapons must be forged. After a wide search by every able man, woman and child, the ore was found in the depths of the Rolling Hills. With much combined effort, a great many swords, spears, pikes and arrows were made. Two years had passed and many innocents had been taken without reason. Their torn and devoured remains caused much consternation among the people. Such was the anger, a violence was meted out and the peril driven from the world. There was much rejoicing equalled only by a concern that killing might become commonplace. All the weapons were locked away, to be brought out but once every four years to celebrate the triumph at a Festival of Fighting where young men could demonstrate their skills in a peaceful show of strength and ingenuity. It was decreed that a defence should be constructed in case a new evil should rise from that swamp at a future time. The remarkable power of the people came once more to the fore and in under a hundred years the Wall was complete, running from the borders of Reciderva, to Odecama in the south. Assured of peace, the Dominion of Ordefima was declared and work began on a stately home for the newly appointed Marquis Wilhem, grandson of Wilhem the Settler who had claimed the land for his wandering tribe.” 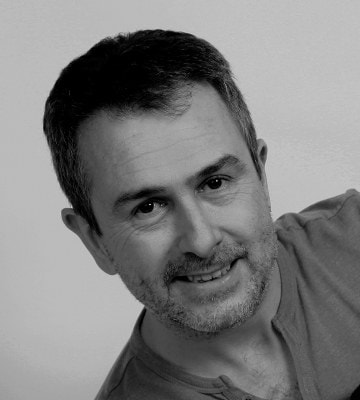 Chris Cloake was born in 1964 and began telling stories a couple of years later. He grew up in Kent, England. He is motivated to write by a deep interest in life, particularly the cruel, deeply flawed nature of people contrasted with their incredible creativity and inspiration. The power of the natural world is a common theme in his work as a writer and professional photographer. He lives happily with his wife, two children and a large collection of music, books and board games.