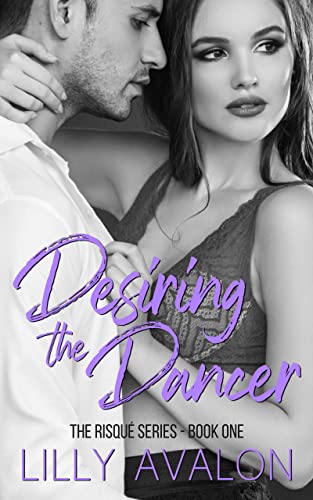 Carlie Coleman is not looking forward to her stepsister’s bachelorette party.It was supposed to be a simple affair with a small group of Valerie’s closest friends at their parents’ beach house. Instead, the guests have tripled, there’s a fancy caterer, and at some point there will be strippers.It’s going to be a disaster… until she meets the cute waiter.Aiden Carter is sweet and she’s smitten. They can’t stop staring at each other from across the room. Their mutual attraction is undeniable. Before the night is over, she discovers something else.The cute waiter is also the entertainment.

Momma Says: 3 stars⭐⭐⭐
I've seen Desiring the Dancer called romantic erotica, but I feel like that's a stretch. It does have some steam, but I wouldn't call it erotica. It is a very quick read, and this couple kind of goes from one-night stand to love with emphasis on the one-night stand. For me, it's missing some story, that something that gets me invested in a couple and rooting for them. Aiden and Carlie have a fun night together, but the romance was lost in my opinion. I feel like this one either needed to be a quick, one-night stand story or an in-depth romance. As it stands, it's somewhere in the middle, which is where I landed after reading it.