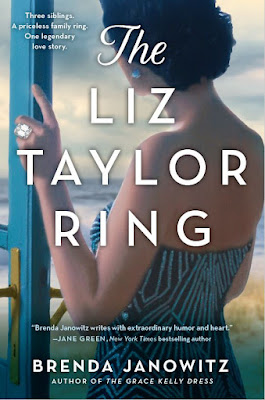 In 1978, Lizzie Morgan and Ritchie Schneider embark on a whirlwind romance on the bright beaches and glamorous yachts of Long Island. Over the years, their relationship has its share of ups and downs, including a nine-month hiatus that ends with a stunning eleven-carat ring—one that looks just like the diamond Richard Burton gifted Liz Taylor after their own separation. Like the famous couple, despite the drama that would unfold throughout the Schneiders’ marriage, the ring would be there as a symbol of their love…until it wasn't.

Decades later, when the lost ring unexpectedly resurfaces, the Schneiders’ three children gather under one roof for the first time in years, eager to get their hands on this beloved, expensive reminder of their departed parents. But determining the fate of the heirloom is no simple task, unearthing old wounds and heartaches the siblings can't ignore. And when the ring reveals a secret that challenges everything they thought they knew about their parents’ epic love story, they’ll have to decide whether to move forward as a family or let the ring break them once and for all.

Momma Says: 4 stars⭐⭐⭐⭐
The Liz Taylor Ring is, as you can imagine, a big nod to Elizabeth Taylor, which was interesting in itself. It's also a book about family, and we can't forget the epic love story between Lizzie and Ritchie. The story follows 2 timelines - in most cases, I tend to like one timeline over the other, but I honestly can't pick one here. I thoroughly enjoyed them both. Brenda Janowitz has a writing style that pulled me in, and it didn't take long before I was invested in this story. I found myself trying to keep track of where the ring was at different points in the story as well as being drawn into the relationship between the siblings. This is kind of a slow-burn story with a slower pace than I usually like, but it works very well here, and it made this the kind of book I could curl up with in the evenings. The Liz Taylor Ring turned out to be so much more than I expected and it's one I won't soon forget. I could easily see this being a good book club pick with so many elements to discuss.

Addy looked at herself in the mirror. Surely every woman looked like a wet dog after getting their hair washed at the hairdresser, didn’t they?

She examined the lines of her face, the rings under her eyes. She looked tired. She looked old. She didn’t look like herself anymore.

“Just to lighten you up a bit,” Roberto said, running his hands through her hair. He’d been styling her hair since she was nineteen—just over twenty years—and his pleas to color it had gotten more insistent as of late.

But she would not be one of those women who colored her hair. She simply would not. After all, she had daughters to raise, twin girls who were sixteen years old. She had to set a good example.

“You know how I feel about coloring my hair.”

“Coloring your hair does not have to be a political statement,” he said, self-consciously examining his own hairline, receding ever so slightly, in the mirror. “Forty is the new thirty, you know.”

“I’m forty-one.” Addy pressed her fingers to the lines that led from the edge of her lip, up to the side of her nose. Marionette lines, they called them. As if women were just wooden dolls, controlled by a master. Most women her age had already started Botox and fillers. They threw Botox parties at each other’s houses, getting shot up by people who weren’t even doctors. Still, they looked good. Better than she did.

“Oh, well, forty-one’s the new sixty.” They both laughed.

“I could easily make you look the way you looked when we first met. It would only take an hour.”

When Roberto referenced when we first met, he meant the summer she turned nineteen. When she let her blond hair lighten in the sun, when it flowed in wavy bursts down her back. She could let her hair dry naturally and it would still look like it had been professionally done. She walked into the salon carefree, unencumbered by kids’ schedules, what to make for dinner that night, and college funds. She walked into the salon with a smile on her face, open to the possibilities of life in a way she could no longer fathom now. That’s how he saw her. That’s how he remembered that summer.

That’s not what Addy remembered. It was the summer after freshman year of college, and she’d come home to work with her dad, to learn how to run a retail store. Her father was still learning the retail game himself. Recently sworn off gambling and desperate for a job (a real job, not one of those get-rich-quick schemes he’d been chasing since the day he met her mother), he’d gotten the place for a steal from a friend of the family. It was a small store in the center of their Long Island town, filled with fast fashion. The sort of clothes that were ridiculously trendy and would go out of style in a season. (Which was good, because the quality only lasted a season, too.)

He called the store “Lizzie and Ritchie’s” in a romantic gesture, and new to the retail game, he did all the books by hand. Addy was dying to put her digital marketing class to use, and when she told her father that one of her classmates had started a website and then quit school because the company took off, he wanted in. She got him onto QuickBooks, created a website, modeled all the clothing herself, and turned Lizzie and Ritchie’s into a dot-com. Ritchie barely understood what his daughter was doing, but he humored her because he loved her so much. He humored her because he was a doting father who hated to say no to his daughter. (Also, she was the smart one.)

Within a month, he understood. They could barely keep up with the online demand, and Addy brokered a deal with a classmate from Texas, whose family owned a manufacturing plant, to start making the clothing themselves. Within six months, Addy was back at school, and Ritchie had expanded his operation to a team of four. Within a year, the store was a half a million dollar a year business. Within three years, he expanded his team to ten. Within five years, his company—one brick-and-mortar shop and an online store—was a multimillion dollar enterprise.

And it was all because of Addy.

“We don’t even have to go to your old color,” Roberto said, pulling up a picture of a model on his phone. “We could make you a buttery dirty blond.”

“Showing my girls that I’m ashamed to get older is not the example I want to set,” Addy said, even though the sound of butter and dirt was intriguing.

“Your girls are all over Instagram giving Gigi and Bella a run for their money.”

“The modeling thing is just for fun,” Addy explained, as she’d explained to countless other people countless other times. “Gary really started having them do it to build their confidence.” (And

because Addy was now too old to model the clothes herself, but better to leave that part unsaid.)

“I’d say they’re confident enough. Have you seen this?” He turned his phone toward Addy, and she immediately recognized it as the Lizzie and Ritchie’s Instagram page. A picture of her girls filled the screen: the clothes were beside the point (but they were wearing clothes, weren’t they?) as they stood, legs wide apart, mouths open, thumbs tugging on their bottom lips. The image was bold. It was strong. It was undeniably sexual. Addy was horrified.

“Of course I’ve seen that.” She had not. “At least they’re not coloring their hair.”

“Are they eating?” Roberto closed the photo and began scrolling through their individual feeds.

“Of course they eat.” When she was sixteen, Addy still had baby fat. Her girls had cheekbones like razor blades, bellies flat and taut. When she’d ask, Emma would laugh and explain how easy it was to manipulate the way you looked with makeup, camera angles, and filters. But Addy wasn’t so sure. “Lemme see that.”

As Roberto handed over his phone, Addy’s own phone rang out, the sound of an old-fashioned telephone filling the air.

“Do you need to get that?” he asked, holding up her purse with the ringing phone inside.

“No,” she said, transfixed by the store’s Instagram account. And then, instantly remembering herself: “I mean yes.” Addy swapped phones with Roberto. “It could be the girls or their school.” Addy looked at the screen. It was a number she didn’t recognize. The exchange looked international, a jumble of extra numbers. “I can let this go to voice mail.”

It would be hours before she remembered to check her messages. Long after her girls came home from school. After her husband came home from work. After she cooked dinner and

served it. After she fell into bed at ten, too tired to stay up to watch TV with Gary. It wasn’t until the next morning, after breakfast, that she remembered to check her voice mail.

And after that, nothing would be the same. 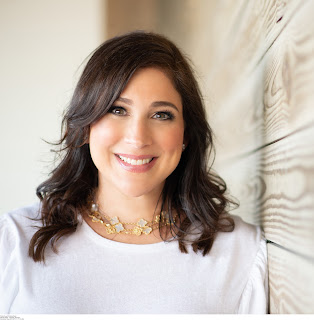 Brenda is the author of seven novels, including THE GRACE KELLY DRESS and the upcoming THE LIZ TAYLOR RING, which will be published by Harper Collins/ Graydon House on February 1, 2022. She is the former Books Correspondent for PopSugar. Her work has also appeared in The New York Times, The Washington Post, Real Simple, The Sunday Times (UK), Salon, Redbook, USA Today, Bustle, The Forward, the New York Post, Publisher’s Weekly, Hello Giggles, Writer’s Digest Magazine, WritersDigest.com, and xojane.

Brenda attended Cornell University and Hofstra Law School, where she was a member of the Law Review. Upon graduation from Hofstra, worked for the law firm Kaye Scholer, LLP, and did a federal clerkship with the Honorable Marilyn Dolan Go, United States Magistrate Judge for the Eastern District of New York.