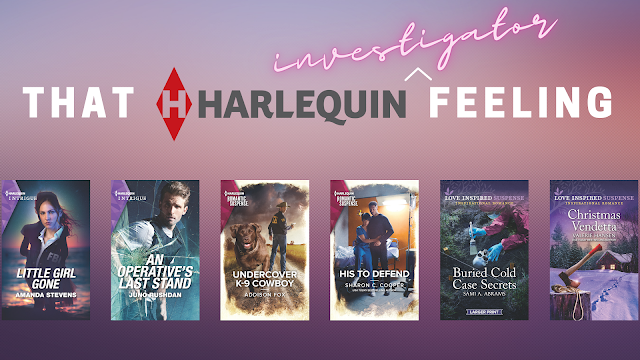 A romantic reunion…threatened by their past. Amina Kelly broke Sergeant Maxwell Layton's heart when she married his best friend. But the detective never forgot her…or the sizzling attraction they never acted on. Years later, while Maxwell and Amina work together to find her ex's killer, Maxwell finds his desire for the nurse stronger than ever. As he puts his life on the line to keep Amina safe, Maxwell realizes that the greatest risk of all might be to his heart.

Momma Says: 4 stars⭐⭐⭐⭐
His to Defend gives us a second chance romance between Amina and Maxwell. It is a romantic suspense, but I'd have to say the love story is first and foremost here with the suspense coming in second. That's not to say the suspense isn't good because it is. I tend to like a little more intrigue, but I really liked these characters and enjoyed their journey to a second chance at love. Regardless of which element took the lead, the book is well written and entertaining. This is the first book I've read by Sharon C Cooper, but it won't be my last. I liked the pacing and it's the kind of story you can curl up with and while away a few hours.

“Do you think the break-in is connected to the mugging?” Amina asked.

Maxwell’s eyebrows shot up. If he didn’t know better, he would’ve thought she was a mind reader. Earlier, when he considered the two incidences might’ve been connected, he hadn’t planned to say anything to her just yet. But in case they were, he needed to do some digging. What he didn’t want to do was scare her, but he also wanted her to be on alert.

“Yes,” he said honestly. “It’s too much of a coincidence. I’m even wondering if that botched mugging wasn’t an attempted kidnapping.”

Her hand went to her chest. “If you’re trying to scare me, it’s working.”

“Sweetheart, the last thing I want to do is scare you, but something is going on. Until we figure out what, I think you should stay here. In the meantime, can you think of anything you have that someone might want? A family heirloom? Gold? Bonds? A limited-edition book? Anything?”

“No, nothing like that. I have a pair of diamond earrings that my parents gave me when I graduated from high school.”

“I might be way off with this next question, but I have to ask. Do you have anything of Jeremy’s?”

She frowned. “Not that I can think of—why?”

“I don’t know. I might be way off, but I wonder if any of this has to do with his murder?” Maxwell wiped his hands and grabbed his cell phone off the counter. About a half an hour ago, Danny had texted him a still shot of the suspect.

Maxwell held up his phone to her. “Do you recognize this guy?”

Amina stared at the photo for a few minutes. The quality wasn’t great, and much of the man’s face was hard to make out, but she might know him.

She eventually shook her head. “He doesn’t look familiar. Should I know him? Who is he?” 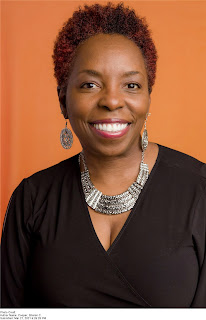 USA Today bestselling author Sharon C. Cooper loves anything that involves romance with a happily-ever-after, whether in books, movies or real life. She writes contemporary romance, as well as romantic suspense and enjoys rainy days, carpet picnics, and peanut butter and jelly sandwiches. When Sharon is not writing or working, she’s hanging out with her amazing husband. To read more about Sharon, visit www.sharoncooper.net.