Waiting To Score Tour and Giveaway 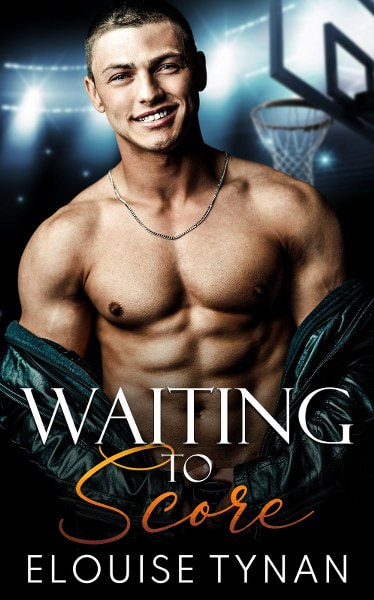 When I walked up to the closest guy on the quad and mauled him with my mouth to escape my overzealous ex-boyfriend, I had no idea he was the stupidly hot star of the Pierson University basketball team.

So what if it was the hottest accidental makeout of my life? West Wright has just as many scores on his headboard as he does on the court. And I have no desire to be one of many.

But when my ex turns to outright stalking, West’s unexpected offer to play the role of fake boyfriend suddenly seems like a safe bet.

I have a few rules to throw down though, because despite his killer charm, I have no intention of getting involved with a guy like West for real, no matter how hard he tries to shoot his shot.

It’s not like girls throwing themselves at me is a new thing, but the hot brunette with legs for days who jumped me in the quad definitely caught me off guard.

Shame my eyes are firmly on the prize—making it to the NBA. Which means I don’t have time for relationships. Even fake ones.

But after one hot kiss that hit harder than a three-point buzzer-beater, I can’t get Monty out of my head. And I want her between my sheets.

Next thing I know I’m her campus knight, offering to fake date her under the guise of getting her ex-boyfriend off her back. So why does this relationship suddenly feel real? And why aren’t I bolting in the other direction?

I slid my hand into his before I knew what I was doing.

His palm was warm and solid and unexpectedly large.

I dared a glance over my shoulder searching for that mop of dirty blond hair I didn’t want to see coming through the crowd.

“Can I help you?” the guy beside me asked, glancing down at our joined hands, then at me.

I turned to face him, my eyebrows shooting up my forehead.

He was stupidly hot. Straight nose, light brown hair, and striking blue eyes surrounded by dark lashes that would be the envy of any woman. And that jaw. That jaw put sharp-cut diamonds to shame.

I was suddenly finding it hard to remember why I was holding hands with a guy who looked like he’d stepped off the set of Riverdale.

“Oh, I can’t wait to hear this,” one of Hot Guy’s friends said, his eyes shining with humor. All three of them waited, clearly expecting an explanation for why I’d attached myself to a random guy on the quad. In my defense, I didn’t know he was so damn hot. His hand had been the closest in my time of need, so I’d taken it.

Hot Guy tried to pull away just as the very face I didn’t want to see appeared through the crowd of students gathered on the quad.

“Wait!” I gripped his arm to stop him. “Pretend to be my boyfriend. I’ll pay you.”

He looked at me like I’d just offered to blow him with a mouthful of herpes. Which to be fair, I could kind of understand. Not because I had mouth herpes. But who grabbed a total stranger and begged them to play pretend couple? As far as first impressions went, this one was insane.

“I don’t need your money,” he said, frowning down at me.

Holy shit, he was tall. Had he been this tall ten seconds ago or was it just the irritation starting to cloud his face that made him more imposing?

“Please? Just do me this favor and I’ll give you whatever you want.” I gave him what I hoped was my most pleading and innocent smile.

“Oh, this just keeps getting better and better,” his friend said, both his buddies trying and failing to hold in their laughter.

A glance in my periphery showed that mop of dirty blond hair closing in.

“Are you for real right now?” Hot Guy asked, eyes darting around the quad. “Do we know each other? Did Davis put you up to this?”

He ran his free hand—the one not currently taken hostage by me—through his hair, the muscles of his bicep flexing to show off a seriously toned arm.

My gaze snagged on his clothes, eyes running over him and his two friends. They were all dressed the same—Nike sneakers, navy sweat shorts and a navy Pierson University basketball t-shirt.

Basketball players, damn it. Didn’t this just kept getting better and better?

I’d thoroughly humiliated myself in front of some of the most wanted guys on campus. I’d have to make time to be embarrassed later. Right now, I was desperate. And I was out of time.

Hot Guy’s eyes roamed my face, taking up seconds I didn’t have, which meant I was about to do something that would solidify me as the most bat-shit girl these guys had ever accidentally encountered.

“I’m so sorry in advance for this.”

A question formed in Hot Guy’s eyes, but he didn’t get a chance to ask it because I gripped his face, tugging his mouth to mine. Kissing him was like kissing a stone wall of surprise, and I screwed my eyes shut, heat flooding my cheeks at my own ridiculousness.

Desperate times and all that... but it still didn’t change the fact I’d jumped a perfect stranger. An incredibly hot stranger.

I slid my fingers through his hair and his mouth relaxed against mine, his surprise morphing into something much friendlier. His hand closed over my hip, making me squeak, his other hand sliding over my ass. My lips parted all on their own, his tongue sweeping into my mouth in lazy, practiced strokes.

God, he was a good kisser.

Scratch that, he was a phenomenal kisser. And if this kiss went on for the rest of the week, I’d die hot and happy.

“Well, that escalated quickly,” one of his friends said, but I barely heard him, too wrapped up in Hot Guy’s hands on my body and his tongue in my mouth.

That was, until I heard the one voice that was like a bucket of ice water down my back.

I stiffened, turning my head, lips still attached to Hot Guy and his fingers still curled around my hips.

Plastering a look of surprise on my face, I reluctantly pulled my mouth away, and I could have sworn Hot Guy frowned in annoyance.

My dirty-blond ex-boyfriend looked me up and down, blowing out a breath. “I thought it was you. I knew you’d transferred to Pierson. I was hoping to run into you.”

I turned in Hot Guy’s hold so my back was to his chest, pulling his muscular arms around my waist, hoping it looked like he was holding onto me willingly.

“Well, here I am!” I said to Alec a little too brightly.

No need to overcompensate just because I’d found myself in the most awkward situation of my entire life. One of my own ridiculous making.

I hesitated for the briefest moment over the words I was about to utter. But I’d come this far. Time to shoot my shot and pray to everything that was holy Hot Guy would play along.

“I transferred here a few weeks ago to be closer to my boyfriend.” I slapped a hand over Hot Guy’s at my waist and smiled at him over my shoulder.

Those intense blue eyes stared down at me, making my heart pound in my chest.

His gaze slid to Alec, and he extended his hand. “Nice to meet you, bro. I’m West.” 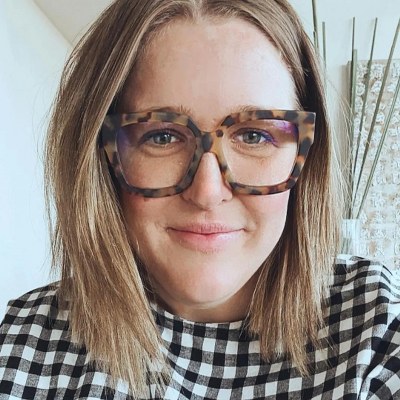 Elouise Tynan is a young adult and new adult romance author obsessed with stories about strong heroines and swoony heroes, mixed with laughter, a whole lot o’ love and a little bit of heat.

She’s lived a life of adventure, having grown up in Melbourne, Sydney and Adelaide in Australia, Michigan in the US, and London in the UK.

She now lives in Melbourne, Australia with her husband and son. 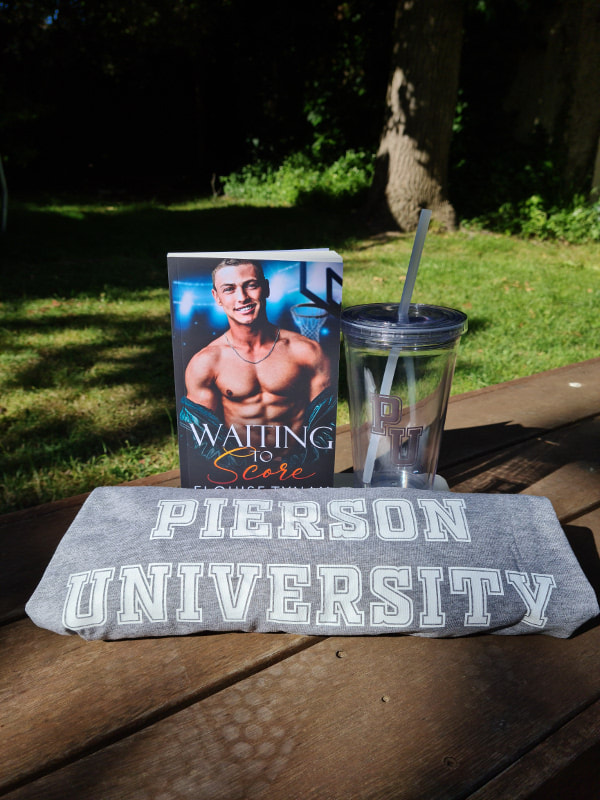 Pierson University Swag Pack with print book, tumbler cup and t-shirt! (US only),